A recent national survey in the US focussing on the beliefs of Christians has garnered some media attention. As a theologian, I was particularly interested in one of the survey questions: “Is Jesus the first and greatest being created by God?”

Ligonier Ministries, a Florida-based Reform Church, who conducted the survey, took this question from the Arian heresy of the fourth century.

Of the evangelical Christians who responded, 65 per cent agreed or strongly agreed with the Arian position. One is reminded of St Jerome’s famous mid-fourth century quip: “The whole world groaned to find itself Arian.”

Moreover, 33 per cent of self-identifying evangelicals explicitly rejected the divinity of Christ.

Would there be a similar finding among Catholics? Possibly yes.

Arianism was the most influential of all the early heresies in the Church. Named after Arius, a priest from Alexandria (northern Egypt), this heresy sought to explain a fundamental ‘dilemma’ of Christian belief: How can we believe that Jesus is God and at the same time believe there is one God?

To try and solve this puzzle Arius theorised that Jesus the Word is semi-divine, certainly greater than all of creation and pre-existing all of creation, but at a moment in time the Word was ‘created’ by God and then all other creation came to be through this created word.

This means that the Son of God is not eternal, though certainly powerful.

In contemporary parlance, Jesus is a little like a Marvel superhero; in classical parlance, a little like a Greek god. Arianism was the source of much conflict throughout the fourth century, and the first Ecumenical Council at Nicaea was called in response in 325AD.

It formulated a definitive answer to Arianism in the Nicene-Constantinople creed: “I believe in one Lord Jesus Christ, the Only Begotten Son of God, born of the Father before all ages. God from God, Light from Light, (and, if you didn’t get it the first time) true God from true God, begotten, not made, consubstantial with the Father.”

Arianism, though the most influential was certainly not the only heresy in the early Church.

As Christianity grew, the Church had to grapple with the mystery of Jesus Christ to formulate orthodox teaching (doctrine) that conformed with revelation (passed on in the Gospels and sacred tradition).

There are three basic beliefs about Jesus Christ: 1) He is fully divine. That is, he has the nature of God: eternal, all powerful, all knowing, all loving, etc. 2) Jesus Christ is fully human.

At a moment in time he assumed a full human nature, body, mind and will. 3) Jesus Christ is a divine person, the Eternal Son of God, who unites perfectly the two natures, divine and human.

These beliefs are what we call the orthodox doctrine on the nature and person of Jesus.
Jesus famously asked his disciples, “Who do you say that I am?” (Mt 16:15). This is the Christological question that has been answered objectively by the Church over time, but it’s a question that also needs to be answered subjectively by each of Christ’s disciples.

The subjective answer needs always to be within the boundary of the three basic truths.

This helps the believer avoid the temptation of reducing Jesus’s divinity (Arianism) or humanity (Docetism) or dividing the two natures of Christ (Nestorianism).

In reading the Gospels we need to put away as far as possible the ‘baggage’ we may have inherited in thinking about Jesus.

Perhaps the most common generalisation is that Jesus was just a nice man who taught some important, but mostly passé moral ideas.

This is not the first impression one gets when reading the Gospels. Even his birth is full of paradox, poverty, violence, confusion, kings, miracles and grace.

There is the witness of the shepherds, the most lowly of all persons whose testimony would not even be accepted in a court of law. 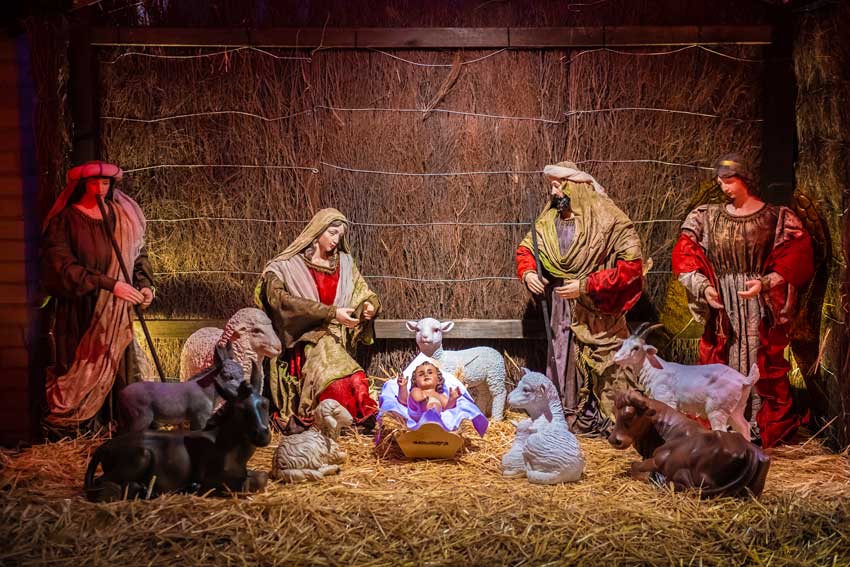 There is the violence of Herod forcing the infant Son of God into exile in Egypt.

There is the poverty in which a new king is born and is heralded by Eastern Kings and paid royal homage: gold given to the God king in a stable.

There is a mother forced to undergo a terrible journey because of an earthly king’s need for bureaucratic control. And this is just his birth.

The ensuing narrative of the Gospels continues with paradox and mystery, the bizarre and violent, the poignant and miraculous, of dead men walking and the Son of Man risen.

In fact, what is told in the Gospels is how God enters literally into human history to turn it asunder (divine and human); it cannot therefore be just the story of a nice man, reduced to simple clichés.

Nor can it be reduced to the story to an esoteric miracle worker who is only loosely connected to humanity.