Great news, it is safe to return to the cinema and not be told how terrible the world is or why we are all corruptible individuals that can only be saved by organic food, taking on big Pharma or performatively rejecting your backward parents at a school assembly to the applause of the postmodernist faculty.

Top Gun: Maverick is in theatres and primed for family viewing.

Familiarity with the 1986 Top Gun original will add to the viewer experience and is bound to revive fond memories of simpler times, however this instalment can stand alone and nourish a new generation of devotees of excitement, sacrifice and red-meat fun.

Pete “Maverick’ Mitchell is older, wiser and now in the twilight of his naval career with two final demons to confront and extinguish before he mounts his Kawasaki one last time and heads into the Californian sunset.

The first is Maverick’s lingering guilt of his role in the death of his co-pilot Goose, 30 years ago as he oversees the career of Goose’s son (call sign Rooster); the second is a military assignment (near-suicide mission) to take out an illegal nuclear facility of a known enemy which is racing towards enrichment capability.

Though not named in the movie, the reference is clearly to Tehran’s nuclear programme and the need to end its quest for nuclear weapons. The decision not to name-check Iran in the movie could be construed as a cop-out and another example of cultural appeasement in a global movie market, I don’t think so. The better take is a smart and deserved denial of profiling that regime with a worldwide audience, less it takes some perverse joy in its evil notoriety.

There is much to admire, even marvel at in Top Gun: Maverick, first there is the artistic force of Cruise (the former junior seminarian at St Francis’ Seminary, Ohio), a rare actor who can claim the title of auteur. The scale of the production, the investment in the viewer experience and Cruise’s insistence on exhilarating visual artistry marks him as a star in service to his audience.

“The plot affirms the intrinsic value of life and its preservation, including through personal sacrifice. The echo of the Gospel message is easily audible to a Christian audience.”

The original release date for Maverick was interrupted by the pandemic. Despite repeated pleas and massive commercial incentives to release the movie to streaming services during lock down, Cruise would not budge. He was adamant that this was a big screen experience and not for watching on an IPad while wrapped in a doona. Cruise’s two-year abstinence on behalf of his audience is fully rewarded.

Scale and proportionality are as much a part of the experience as the edge-of-your-seat fighter scenes and a story line that both wrenches the heart and has your pulse taking on the beat of your own national anthem.

There is no self-conscious navigation of moral relativism that Hollywood’s dieticians so routinely serve the audience; with Maverick, the battle lines are clear, the demarcation between right and wrong, lightness and darkness and good and evil are presented without the need for editorialising or prevarication. The plot affirms the intrinsic value of life and its preservation, including through personal sacrifice. The echo of the Gospel message is easily audible to a Christian audience.

The muscular projection of the original movie “I feel the need, the need for speed” is tempered, but not rebuked and gives way to Pete Mitchell’s outlook later in life, one which has been contoured by death, persistence and, we assume, love lost. There is no sign of Kelly “Charlie” McGillis (looks like they lost that loving feeling after all).

There are some great nods to the original – musical hijinks in the bar, twilight ball games on the beach and impossibly aesthetic dentition in all of the cast. The resurrection of Val Kilmer’s character, Ice Man, is handled beautifully by the movie and the scene could just as easily be depicting Cruise’s and Kilmer’s real-life friendship.

How refreshing to see the American military, one of the truly selfless, emancipating phenomena of the modern era, presented as whole, invigorated, and free of compromise, both morally and physically. Perhaps Hollywood will reflect on the record-smashing success for Top Gun: Maverick and consider the commercial wisdom of serving up movie after movie depicting the service men and women as emotionally broken, drug addled pawns of sinister forces. Let’s see.

In the meantime, enter the danger zone and enjoy cinema at its heights. 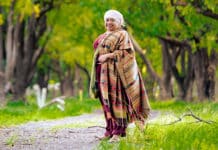 Anusha’s set to play the role of her life