An incredibly painful baker’s cyst was one of the best things to happen to Shelley Dawson.

The 61-year-old mother of six, was homeless, living on the streets, never knowing where her next meal would come from until she developed severe swelling behind her knee and found her way to Tierney House … which she believes saved her life.

After an eight-week stay, Shelley received the medical treatment she so desperately needed and – just as importantly – was assisted with applying for and receiving government housing.
Shelley has now been living in her inner-west unit for four weeks and is preparing to celebrate Christmas with a roof over her head for the first time in many years.

Named after Sister of Charity Maurus Tierney, the centre provides accommodation and health care to homeless people as they convalesce from illness or receive treatment for chronic health conditions.

Partly funded by NSW Health and private donations, it’s a 12-bed health service without doctors or nurses; staff help residents get to medical appointments. Rather than a homelessness service looking to house people, it’s a health service whose staff work with those experiencing homelessness.

People can stay for short-to-medium periods while they recuperate or receive ongoing, integrated care to stabilise a chronic health condition.

It’s the only place of its type in Australia and has been successful in keeping the homeless out of hospital and saving the taxpayer money, offering a bed at roughly a quarter of that of an acute hospital ward.

As the primary healthcare provider for the city’s rough sleepers, St Vincent’s Hospital established the centre in 2012 in response to the high numbers of homeless presenting and re-presenting, to the hospital’s Emergency Department – one of the most expensive areas of the health care system.

And while the health of the homeless arriving at the hospital is usually extremely poor, often only fairly routine treatment is needed. For most, the absolute basics of life – food, shelter, a place to sleep safely – take precedence.

Health often falls down the list of priorities until an illness becomes so bad it drives individuals to hospital for relief. Homeless people, obviously, cannot get home nursing and it’s nearly impossible for them to comply with treatment.

The homeless are also at an increased risk of numerous health problems including psychiatric illness, substance use, chronic disease, musculoskeletal disorders, skin and foot problems, poor oral health and infectious diseases such as tuberculosis, hepatitis C and HIV infection.

A place of calm so often lacking with the hustle and bustle of life on the streets, pastoral support is offered by Sr Maureen Heffernan through a number of initiatives including calm colouring, gentle music or just a friendly ear or chat.

The softly-spoken sister offers a peaceful influence in what can be, at times, quite a tense environment. “It’s quite incredible what a difference some peaceful music or a bit of colouring can make,” she said. “Calm is something that is rarely experienced on the streets so we like to offer it to the residents even if it’s only for a short time.

“Regularly residents arrive not interested in any of the programs we have to offer but it usually doesn’t take them long to get involved and join in with us in a session.”

For Shelley, Tierney House enabled her to get back on her feet literally in a safe and secure atmosphere. “Tierney House honestly saved my life,” she said. “I was homeless, living on the streets and to be honest didn’t really have a future until I was referred there and was able to not only access the treatment I needed but help with so many other things.

“Living on the streets is so very difficult and add to that a medical condition that needs treatment makes life so incredibly difficult. Without Tierney House I don’t know where I’d be.
“One of the main ways of treating my condition is to stay off my leg, but how do you do that when you are homeless and often moved on by police and security guards.

“Tierney House provided me with somewhere safe and clean where I could rest and allow it to heal. It isn’t right yet but it’s so much better than it was. And I was able to put my feet up and organise appointments that enabled me to get permanent accommodation.

“It provided me with a place to call home if only for a little while and I really do miss them, for a short while they were like a family.”

A former alcoholic, Shelley has been living on the margins for many years.
She has struggled with affordable housing and six months ago found herself on the streets after 18 months at a women’s refuge.

“It’s been a hard, lonely road and sometimes I can’t believe what has happened to me and how my life has ended up,” she said. “And I’m not the only one. There are so many people living rough in Sydney, you really have no idea. People of all ages, from the very young to the elderly are living on Sydney’s streets.

“I knew an 84-year-old woman who would sleep in a doorway before she passed away. How can that happen in a lucky country like this?

“When you live on the streets, people look at you differently. It really is very difficult to break the cycle of homelessness.”

Tierney House manager Cameron French said there are as many reasons for homelessness as there are people sleeping rough and the medical conditions they live with.

Due to their chaotic and transient lives he said most don’t have a GP or keep medical appointments. “Quite simply we give homeless people a chance to rest and recuperate – along with a range of other supports – after they’ve been discharged from hospital,” he said. “For example, going through chemotherapy is hard enough, imagine doing it without anywhere to live or rest. Or somebody in their final stages of life going through palliative treatment living in a park.

“Everybody deserves the right to not only medical treatment but the necessary follow up care. The care provided by Tierney House is flexible depending on a person’s health needs, and it also provides help on a range of other important non-health issues, such as housing, Centrelink, legal, financial or social needs.

“The one thing I have observed through Tierney House is that homelessness can literally affect any of us. Anyone can become homeless. There have been many stories here of people having very successful lives and careers before losing it all. Just this section of the population are often the most tricky to work with as they have fallen the furthest.

“Despite the numbers of people living on the streets, we are the lucky country. In most countries those experiencing homelessness would not have a service like this to access and their health would continue to deteriorate.”

Long-time supporters of Tierney House, Christian Brothers’ High School Lewisham, provide volunteers who give up a couple of Friday nights during school term to make pizzas and lend an ear to the residents.

Justice and Peace Coordinator Jonathon Bishop said the students gain a deeper appreciation and understanding of what homeless people go through on a daily basis. “Students get to hear first-hand about how situations in life can quickly change and that the residents have to live with the decisions they made earlier in their lives,” he said.

“The students develop a sense of empathy and compassion, by breaking the stigma of homelessness they are put in situations out of their comfort zone which allows for a more in-depth conversation than what they would experience if they walked past a homeless person on the street.

“Being able to see first-hand that our school is making a difference by encouraging students to grow into young men with gentle hearts is more than I could ever ask for.” 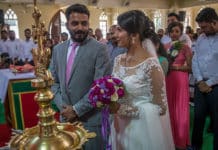