“Dear Father, a friend says she has read that archaeological findings in Israel bear out the truth of some statements in the New Testament that had been contested by scholars. Is this true?”

This is an important question. If there is archaeological or other scientific evidence which contradicts statements in the New Testament, or the Old Testament for that matter, we will be inclined to doubt the veracity of the Bible. But if these findings consistently confirm what is stated in the Bible they confirm the credibility of the inspired text. There are a number of biblical statements which have been challenged by critics, only to be confirmed later by archaeological discoveries. What follows is taken largely from Lee Strobel’s excellent book The Case for Christ (Zondervan, Grand Rapids 2016).

For example, St Luke says in the second chapter of his gospel that when Jesus was born Joseph and Mary went to Bethlehem because the census decreed by Caesar Augustus required all to go to their own city. It has been questioned whether there was any evidence for a census at that time which made this demand.

In fact an official government census order from a Roman Prefect of Egypt dated AD 104 has been found which states that “it is necessary to compel all those who for any cause whatsoever are residing out of their provinces to return to their own homes, that they may both carry out the regular order of the census and may also attend diligently to the cultivation of their allotments.”

Likewise, Luke says that the census was conducted when Quirinius was governor of Syria during the reign of Herod the Great (cf. Lk 1:5, 2:2). But Herod died in 4 BC and Quirinius began to rule Syria in 6 AD. An archaeologist has recently found writing on coins which state that Quirinius was a ruler in Syria and Cilicia from 11 BC until after Herod’s death. It seems there were two officials named Quirinius and the census Luke describes took place at the time of the first one.

Although this finding has been disputed by some, Sir William Ramsay, the late archaeologist and professor at Oxford and Cambridge Universities, believed that Quirinius was a ruler in Syria on two separate occasions, one of which was during the time of an earlier census dated around 8-7 BC. And another scholar, who earned his doctorate at Cambridge, says that Herod was ill and came into conflict with the emperor Augustus in 8-7 BC, so that it would have been reasonable for Augustus to order a census to assess the situation before Herod died. For more on the year of the census and of Christ’s birth see my book Question Time 3, q. 317.

Another controverted statement of Luke is in the third chapter of his gospel where he says that Lysanias was tetrarch of Abilene when Our Lord was born. But scholars have challenged this, saying that Lysanias was not a tetrarch but rather ruler of Chalcis some 50 years earlier. A tetrarch, by the way, is one of four joint rulers at a given time. But an inscription was found from the time of Tiberius, who was emperor from 14 to 37 AD, which names Lysanias as tetrarch in Abila near Damascus at that time, confirming what Luke had written. In fact, there were two officials named Lysanias.

Another example is St Luke’s use of the term ‘politarchs’ for city officials in Thessalonica in Acts 17:6. Many historians have said there was no evidence for that term being used in any ancient Roman documents. Yet an inscription was found on a first-century arch which reads, “In the time of the politarchs…”, confirming the use of the term at the time of St Luke. Archaeologists have since found more than 35 inscriptions that use the term, several of them in Thessalonica itself dating from the time at which Luke was writing. 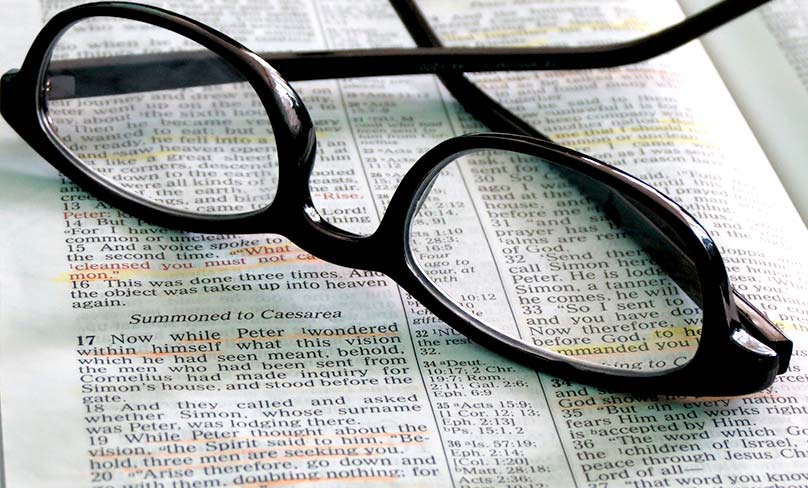 One prominent archaeologist examined carefully Luke’s references to 32 countries, 54 cities and nine islands and found not one mistake on the part of Luke. The inference may be drawn that if Luke was so meticulous about geographical and other historical matters, he would have been equally meticulous and accurate in reporting events in the life of Jesus and the apostles.

Similarly, St John in the fifth chapter of his gospel speaks of Jesus healing an invalid by the Pool of Bethesda with its five porticoes. Scholars have questioned this statement since no such place had ever been found. But recently the pool was found by excavating some 13 metres beneath the ground, and indeed it had five porticoes or porches lined with columns.
Other archaeological discoveries that confirm St John’s writings are the Pool of Siloam (cf. Jn 9:7), Jacob’s well (Jn 4:12) and the Stone Pavement near the Jaffa Gate where Jesus appeared before Pilate (Jn 19:13).

As regards St Mark, Michael Martin, an atheist, accuses him of being ignorant of the geography of Palestine since Mark says that “Jesus left the vicinity of Tyre and went through Sidon, down to the Sea of Galilee and into the region of the Decapolis” (Mk 7:31).
Martin alleges that given these directions Jesus would have been travelling away from the Sea of Galilee, not towards it. But a study of ancient maps and the probable roads between them through mountainous terrain reveals that Mark was correct.

The very existence of the town of Nazareth is another fact mentioned by the New Testament but questioned by historians, who say there is no mention of the town in the Old Testament, in other ancient Jewish writings or by any historian or geographer before the beginning of the fourth century.

In 2006 the Nazareth Archaeological Project began excavating beneath the Sisters of Nazareth convent, a location known since 1880, and they found the remains of a first-century house which conformed to the plan of a so-called courtyard house, typical of early Roman-period settlements in Galilee. Archaeologists found doors and windows, cooking pottery and a spindle used in spinning thread.

The presence of limestone vessels, which Jews believed could not become impure, suggests that a Jewish family lived there. Another first-century house was discovered nearby in 2009, all of which confirms the presence of a small Jewish town on the site of Nazareth.

So once again, we have external proof for many controverted statements in the New Testament