A town in Egypt is buzzing with news of miracles – favours obtained by the Christian men beheaded by Islamic State on a Libyan beach in 2015.

Thirteen of the 21 men were Coptic Christians from the upper-Egypt town of El-Aour, and according to German novelist Martin Mosebach, numerous miracle stories have built up around the 21 martyrs in El-Aour.

Some stories include the martyrs being credited with saving children who fall out of windows, curing sick people and even healing a woman of infertility.

Mosebach was inspired to tell the story of the martyrs after seeing a picture on the cover of a German magazine of the face of one of the executed migrant workers on the beach in Libya.

He visited El-Aour, spoke with families of the men killed and heard stories about how the martyrs are being credited with modern-day miracles.

The resulting book, 21: A Journey into the Land of Coptic Martyrs, was published in German last year and will be released in English this month. 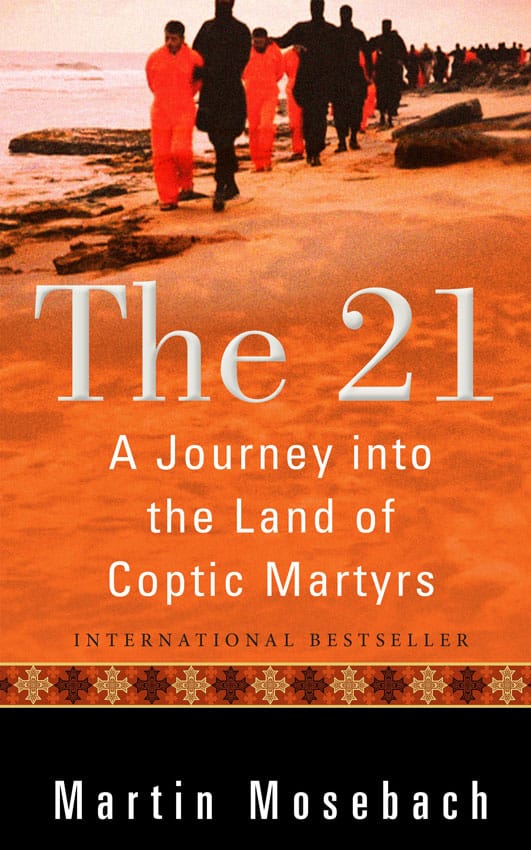 “El-Aour is a very poor and primitive village,” Mosebach explained, adding that the Coptic villagers there are very strong and knowledgeable in their faith and that miracles are very important in their spirituality.

“Miracles didn’t save the [21] from decapitation but did prove that their sacrifices had made them Christlike and therefore accepted as such,” he said.

One miracle involved the son of one of the martyrs. The son was said to have fallen onto the street from the third floor of a building, causing him to break his arm in multiple places. When the son regained consciousness, he claimed that his now-dead father had caught him.
Days later, the son’s X-rays reportedly did not show any fractures.

According to Mosebach, the term “miracle” is used by the Coptic community as the “next explanation for any phenomenon they see.”

See related article: Coptic Christians fight to stay in Australia: How many more killings will it take?

“Everything that has happened is according to the will of God,” Mosebach said.

Although the Coptic community has faced much persecution throughout its history that continues today, Mosebach explained that Copts do not consider themselves to be victims and do not seek revenge.

He added that the villagers in El-Aour are proud of their martyrs.

“The mothers who lost their sons at the hands of the Islamic State know that their sons are now crowned kings in Heaven,” Mosebach said.

The world was appalled when the brutal terrorist group released footage showing the 21 men — all but one being migrants from Egypt — being led to the shore of a Libyan beach near Sirte dressed in orange jumpsuits.

All 21 men have been canonised as martyr saints by the Coptic Church while President Abdel Fattah el-Sisi ordered the construction of The Church of the Martyrs of Faith and Homeland in El-Aour.

The church has become a popular pilgrimage site as it is the final resting spot for the bodies of the Coptic martyrs.