Archbishop Anthony Fisher OP last week presided over the dedication of St Peter Chanel church as the community marked the centenary of the first Mass in Berala and the 60th anniversary of the church itself.

He also had the “great pleasure” of installing in the church the relic of the great 17th century French missionary priest, first martyr and patron saint of Oceania at the Mass, a piece of blood-stained cloth from the soutane he was wearing when he was killed on the Pacific island of Futuna. 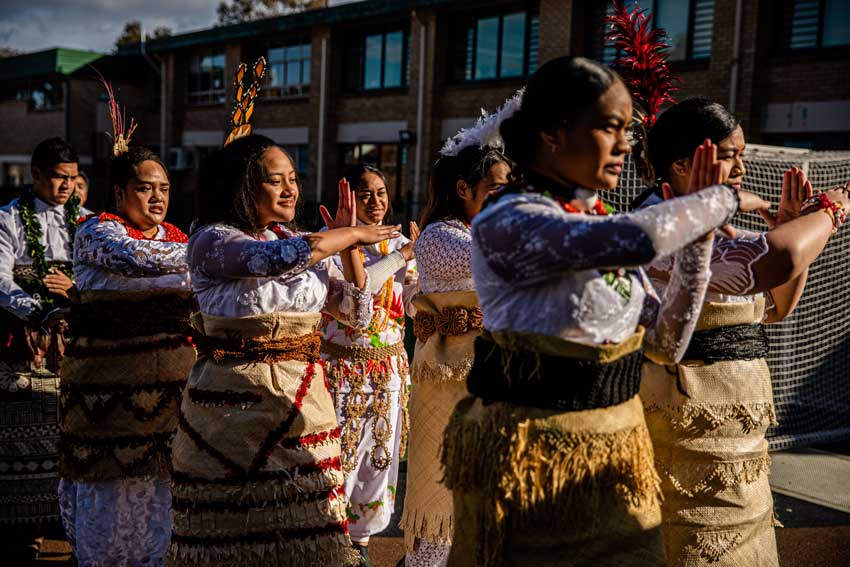 In attendance at the Mass which the archbishop concelebrated with parish priest Fr Thomas Kurunthanam and other clergy were local civic, community and schools leaders, plus representatives of the religious orders associated with the parish including Fr Kevin Bates sm who wrote the Chanel Anthem for the parish.

In his homily, Archbishop Fisher explained that while St Peter’s care of the sick and suffering in the Pacific island of Futuna earned the respect of the natives and his preaching won their devotion, the jealousy of the local chief led to his being killed.

He urged parishioners to draw inspiration from his example. “From heaven he now calls us again to be missionaries alongside him, not in some exotic Pacific paradise, but in deepest, darkest downtown Berala,” he said.

Fr Thomas said the occasion was a great day for the vibrant and diverse parish which includes members from almost every part of the world. “Our parish has a very generous spirit and everyone was quite involved in the preparations and the day itself,” he said.

“There were many comments about how beautiful it was.”

Fr Thomas said that the relic, which is housed in a transparent reliquary rimmed with gold and jewels, will be on permanent display. Every Saturday from 9am there will be a Marian novena led at the church during an hour of Eucharist Adoration in line with St Peter Chanel’s own spirituality, he said.

As a form of penitence, a special action song and dance known as the eke, was created by the people of Futuna shortly after Chanel’s death in 1841. The dance is still performed in Tonga in liturgies today and was performed before the Mass at Berala.