I’m afraid I laughed out loud when I read in The Catholic Weekly that ‘reformers’ think the Plenary Council isn’t going their way. They say those pesky bishops have been editing out all the fun parts.

Those fun parts – like blessing selfish sexual acts and ordaining everyone – are in direct opposition to the gospel of Jesus Christ. Perhaps we should stop using the word ‘reformer’ and start using the correct term, which is ‘layman with non-Catholic opinions.’

But I was a little bit sad at Dr Michael Leahy’s Catholic Weekly article on the dangers of ‘conservative’ faith. Dr Leahy is upset by people who are – well – Catholics. Given this, it’s probably best that he’s not in the active ministry any more.

I hate to say it, but this is all Boomer boilerplate. Younger people see Boomers as solvent, smug, and largely concerned with their own comfort at the expense of future generations.

“The process was already privileged towards over-including retirees and professional Catholics – or, as someone on Facebook recently called them, ‘Anglo middle-class North Shore exclusivist yoga Catholics’.”

Certainly, the Plenary Council has shown signs of this mentality. But that’s because the only people who could spare the time for it were people who didn’t have jobs in the real world.

The process was already privileged towards over-including retirees and professional Catholics – or, as someone on Facebook recently called them, ‘Anglo middle-class North Shore exclusivist yoga Catholics’.

The Plenary Council has had moments of greatness. This is due to people like Archbishop Costelloe, who have worked hard to retain some actual Catholic content.

The documents tell the story of a struggle between two radically different sets of participants. One group is recognisably Catholic, and the other isn’t.

With the Framework for Motions, it looks like the process has once again fallen victim to half-remembered theology courses and middle-class angst.

The Plenary Council has become like a soap bubble, floating above the real Church in Australia, but with no connection to it. It’s bland and lightweight – except when it fixates on weirdly parochial issues like the Third Rite of Reconciliation, lady deacons, and lay preaching. Are young Catholic married couples crying out for this stuff in their local parishes? I’d say not.

They’d like help with childcare at Mass, and daily Mass times that accommodate people with day jobs. They’d also like income splitting, and less criticism of their larger families.

But the affluent retirees keep trying to make the Church into an extension of their living rooms.

“It presents a numbing cocktail of ‘reflection’, ‘discerning’, roundtables, and other forms of masterly inactivity for a Church that has given up.”

They want us sorting our recyclables and doing cultural sensitivity training while ignoring our actual sins.

This is a bourgeois church for old people. There is no sense of urgency, even though the fall in the number of practicing Catholics in Australia has sped up after two years of lockdowns.

There is zero sense of investment in the future Church. Instead, it presents a numbing cocktail of ‘reflection’, ‘discerning’, roundtables, and other forms of masterly inactivity for a Church that has given up.

These Boomers think that they – or perhaps someone slightly more energetic – should ‘go out to the margins’ to find some unhappy people to ‘minister to’. Yet their lukewarm gospel will only make these people twice as fit for hell (Matt 23:15).

Thankfully I don’t belong to the Church they’re talking about. I belong to a small, lively, active Church across Australia, made up of all sorts of people who don’t exist in the Plenary Council documents.

There’s working families with single incomes, little kids, and big mortgages. There are young men – confused and unfathered – who are finding their way out of darkness with the help of kindly priests.

There are young, happy, chaste lay people, some of whom are same sex attracted, and some of whom are not. There are wonderful brave souls who have stayed faithful to their marriages in the face of desertion and dubious annulments.

There are people struggling with physical and mental disorders who turn up faithfully to Mass every Sunday.

“I know and love many of these people personally. I am humbled and honoured to be surrounded by such a cloud of witnesses. (Heb 12:1-2)”

There are people overcoming their vices and growing into saints through regular individual Confession and spiritual direction.

There are zealous converts from Protestantism, people who do regular Adoration and belong to passionate little prayer groups, and people who homeschool their children. There are the daily Mass-goers, the Latin Mass-goers, and the hungover Mass-goers.

I know and love many of these people personally. I am humbled and honoured to be surrounded by such a cloud of witnesses (Heb 12:1-2).

The shiny bubble Boomer Council is destined to float away and pop, leaving no traces behind it. The Catholic Church, thankfully, will continue quite happily without it. 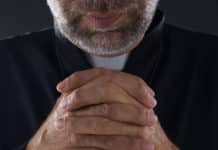