The Maronite Eparchy of Australia and Caritas Lebanon have launched a “Lebanese Family Appeal” to address massive poverty and social dislocation in the nation in the aftermath of August’s tragic explosion in the Port of Beirut.

A monthly contribution of $50 for twelve months or a once-off $600 payment can provide basic food necessities for a small family in Lebanon for one year, a statement by Bishop Tarabay said.

Lebanon’s situation is dire. The 4 August explosion magnified the devastation of the implosion of the Lebanese economy and government earlier in the year and has led to hundreds of thousands of Lebanese now counted as homeless. Meanwhile, the 6.8-million strong nation is host to an estimated 1.5 million Syrian refugees, 75 per cent of whom have no legal status. On a per capita basis, Lebanon hosts more refugees than any other nation on earth. 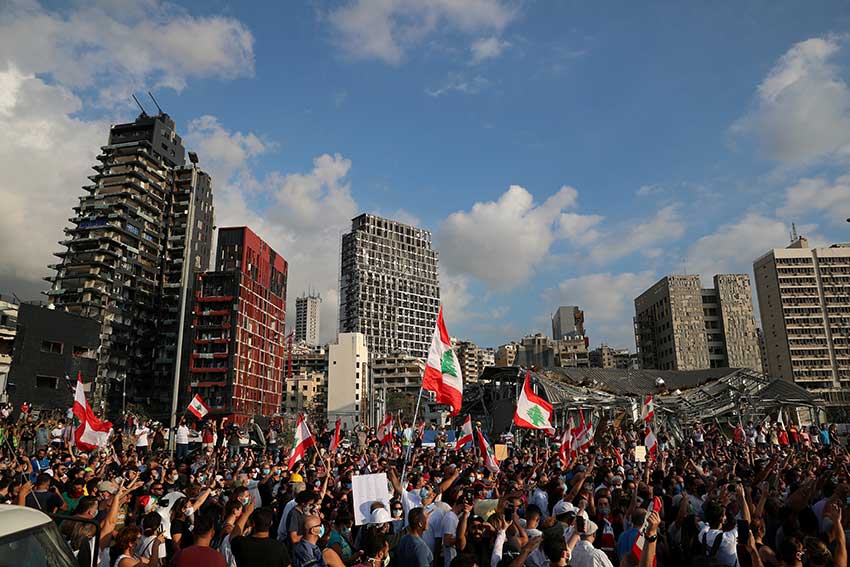 The impact of the August explosion in the Port of Beirut has and will continue to exacerbate the grim economic and food security situation in Lebanon,” Bishop Tarabay said.

“Prior to the explosion, the country had already been going through the worst economic crisis in its history, whilst having to deal with the effects of the COVID-19 outbreak, leaving more families vulnerable and unable to meet their daily needs.

“This amount of $50 per month will help a small family provide necessities.

“We aim to sponsor 500 families unable to meet their daily needs, profiles of whom have been provided by Caritas Lebanon.”

Bishop Tarabay said donors can choose to select a specific family profile or contribute to a family randomly selected based on its urgent need.

Contributions can be made via the designated envelopes and forms, available through Maronite Parishes and or via the Eparchy’s website (see details below).

“Like the cedar that withstands every storm, may you make the most of present events in order to rediscover your identity, which is to bring to the whole world the sweet fragrance of mutual respect, coexistence and pluralism,” the pope said in a 24 letter December letter to the people of Lebanon.

Sent to Cardinal Bechara Rai, the Maronite patriarch and president of the country’s bishops’ conference, the pope’s letter made specific requests of Lebanese Christians and of the country’s political leaders, who are still in disarray and heavily criticised by the population for not explaining why a huge cache of highly flammable ammonium nitrate was being stored at the port and why greater precautions were not taken to prevent its explosion.

The blast on 4 August left some 200 people dead, more than 6,000 injured and hundreds of thousands homeless. The country’s economy already was under siege and was worsening because of the coronavirus pandemic.

Whatever the outcome in this election, the religious freedom issue is not going away