Action on religious freedom is overdue and necessary

While the Scott Morrison government is losing support because of its patchy response to the China virus another electoral liability is the proposed Religious Discrimination Bill currently being finalised before being tabled in parliament later this year.

Proven by Israel Folau being banished from the Australian Rugby Union team for expressing his deeply held religious beliefs about homosexuality there is no doubt religious freedom, unlike in America, is not currently protected under either the Australian Constitution or under the nation’s legal system.

Another example of a Christian unfairly being punished because of religious beliefs is Dr Jereth Kok.

The Victorian physician’s medical licence was suspended, a decision upheld by the Victorian Civil and Administrative Tribunal, for posting social media comments seen as denigrating and offending LGBTIQ+ people.

The parlous state of religious freedom is made worse by the growing incidence of ‘lawfare’, defined as the use of litigation based on often vague and restrictive anti-discrimination laws weaponised by cultural-left atheists to punish those expressing and acting upon religious beliefs.

Tasmania’s Archbishop Julian Porteous being made to appear before the Anti-Discrimination Tribunal for simply circulating the booklet Don’t Mess With Marriage opposing same-sex marriage to Catholic schools illustrates how unjust the present situation is.

As argued by John Steenhof from the Human Rights Law Alliance in his chapter titled ‘Slouching Towards Groupthink’ in Cancel Culture and the Left’s long March “While religious freedom is widely recognised as a fundamental and inalienable right in international law, it has little express protection in Australia law”.

Desire for religious freedom a big factor in the last election

In May 2019 I argued Scott Morrison’s support for freedom of religion was one of the deciding factors explaining the government’s re-election. A subsequent review undertaken by the Australian Labor Party, in particular, notes the impact of the Christian vote.
The review concludes “When all other variables are controlled for, it is estimated that identifying as Christian was associated with a swing against Labor (and) it appears from electorate-based evidence the most pronounced swings were among devout, first-generation migrant Christians”.

The expectation the government will fully protect religious freedom is especially strong given Morrison’s statement before the 2019 election “there is no more fundamental right than the right to decide what you believe, or do not believe. That means Australians of faith should be free to hold and practise that faith without fear or discrimination”.

While the Australian Prime Minister is on the public record defending religious freedom not all within the Liberal/National government agree. A group of liberals in name only (LINOs) including Dave Sharma, Warren Entsch, Tim Wilson, Andrew Bragg, Trent Zimmerman and Dean Smith argue the draft Religious Discrimination Bill must be watered down.

Sounding like the far-left Greens Party that consistently argues the rights of LGBTIQ+ people trump the right to hold and express religious beliefs the woke liberal politicians argue faith-based organisations must be forced to conform to an extreme, secular agenda.
If they are successful, faith-based schools will no longer have control over who they employ as staff and who they enrol; doctors, nurses and health workers will be forced to act in direct opposition to their religious beliefs and anyone publicly espousing religious teachings subject to legal action.

George Orwell, the author of 1984, had first-hand experience of National Socialism under Hitler and Communism under Stalin and argues that one of the most effective ways totalitarian regimes enforce dominance and control is by denying freedom of thought and freedom of speech.

Such is the fundamental importance of such freedoms Orwell argues ‘If liberty means anything at all it means the right to tell people what they do not want to hear’. Such freedoms define the essential nature of Western, liberal democracies like Australia where the rights of all are protected.

There’s no doubt the next federal election will be extremely close and that if the Scott Morrison government is to be re-elected the religious vote, especially in northern Queensland and Western Sydney, will be critical. As such protecting religious freedom, in addition to being inherently just and worthwhile, is a political necessity. 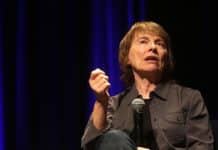 Dr Kevin Donnelly: The Thought Police have not yet finally conquered