We already know about the magic of books and the benefits of reading, so why not use these school holidays as a chance to help your child fall in love with books. Here’s a list of some of our favourites, click the link on the title of each book to see where you can find them!

By Fr Rob Galea
Breakthrough is the story of Rob Galea’s journey from troubled teen to Catholic priest in the Sandhurst Diocese in Victoria, Australia. It offers a path to joy and peace in a world where bad things happen.

By Jason Evert
At Last…A Prayer Guide Just For Teens Who Want to Encounter Christ in a Deeper, More Personal Way If you know any teenagers who… Want to develop a deeper prayer life… Have difficulties with prayer… Just can’t find the time to pray… Don’t know how to pray… Or don’t see much value in prayer… …then you and they need to know about Jason Evert’s new book Pure Faith: A Handbook of Prayer for Catholic Youth. 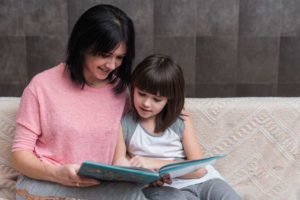 3. THE CHRONICLES OF NARNIA

The Chronicles of Narnia have enchanted millions of readers over the last fifty years and the magical events described in C.S. Lewis’s immortal prose have left many a lasting memory. For here is a world where a witch decrees eternal winter; where there are more talking animals than people; and where battles are fought by Centaurs, Giants and Fauns

By Alex Mills
Hamsa’s teacher has announced that their class will be doing their very own hackathon. A hack-a-what? thinks Hamsa. She doesn’t know anything about tech or coding! Can Hamsa and her team come up with the goods or will things fall apart as she plays it too cool for school? Find Girl Geeks: The Hackathon here

5. WHAT ZOLA DID ON MONDAY

6. WILL WILDER- THE LOST STAFF OF WONDERS

By Raymond Arroyo
Will Wilder is back to protect the town of Perilous Falls from another ancient evil–the fearsome demon, Amon, in this series that’s been described as having “shades of Indiana Jones and Percy Jackson” (Booklist).

7. ONLINE WITH THE SAINTS

By Fr Michel Remery
Imagine you could meet and greet a saint, which saint would you choose? Online with the Saints offers a virtual encounter with 100+ saints from all around the world. Women and men, carpenters and scholars, mothers and popes, princes and paupers: their inspiring life stories are linked to real life modern questions, and together with them answers are found. 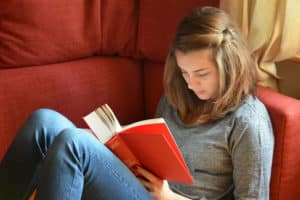 By David Walliams
SLIME, the new children’s book from No. 1 bestselling author David Walliams. WELCOME TO THE ISLE OF MULCH…This little island is home to a large number of horrible grown-ups. The school, the local park, the toy shop and even the island’s ice-cream van are all run by awful adults who like nothing more than making children miserable. Something needs to be done about them. But who could be brave enough? Meet Ned – an extraordinary boy with a special power. SLIMEPOWER!

By Pope Francis
Children have questions and struggles just like adults, but rarely are they given the chance to voice their concerns and ask the big questions resting deep in their hearts. In Dear Pope Francis, Pope Francis gives them that chance and celebrates their spiritual depth by directly answering questions from children around the world.

10. ALICE MIRANDA IN THE OUTBACK

By Jacqueline Harvey
Alice-Miranda and her friends are heading into the Australian outback for a desert adventure. What mysteries will they stumble upon? This great book from Aussie author Jacqueline Harvey is sure to be a favourite.

ABC
Based on the hit ABC KIDS TV show, this one is perfect for a younger audience.Join Bluey on a dreamy night-time adventure. What will you see in the dark? Not wanting to go to bed, Bluey wishes she was a nocturnal fruit bat that stays up all night. Soon she finds herself flying through the night sky.

12. CHARLIE AND THE CHOCOLATE FACTORY

By Roald Dahl
This timeless classic is sure to have your kids as entertained as the generations who read it before. Charlie and the Chocolate Factory is one of Roald Dahl’s most famous works, following Charlie Bucket and four other children. Clutching their Golden Tickets, they arrive at Wonka’s chocolate factory! But what mysterious secrets will they discover? Our tour is about to begin. Please don’t wander off. After all, Mr Wonka wouldn’t like to lose any of you at this stage of the proceedings . . .”

With Saints stories for young children, the brightly colored, vividly illustrated St Joseph Illustrated Book of Saints will introduce children to some of the world’s most favorite and adored Saints.

14. ABLAZE: STORIES OF THE DARING SAINTS

By Colleen Swain
In Ablaze: Stories of the Daring Saints, Swain infuses the stories with a fresh, invigorating voice that shows these remarkable people as more 3-dimensional than the usual narratives, bringing some of the most incredible Saints stories to life in a book that truly matters. 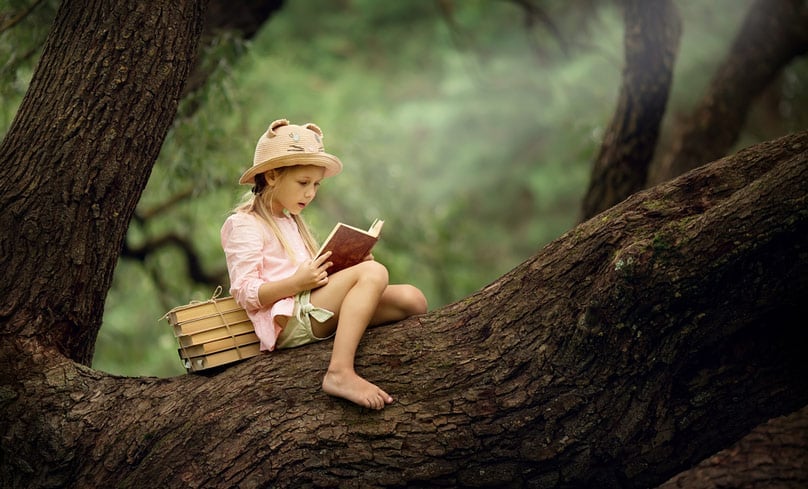 15. DID ADAM & EVE HAVE BELLY BUTTONS? AND 199 OTHER QUESTIONS FROM CATHOLIC TEENAGERS

With more than 130,000 copies sold, Did Adam & Eve Have Belly Buttons? is the number one book for Catholic teens. It offers today’s young Catholic 200 clear and insightful answers to questions about the Catholic faith. This book captures the attention of teens by directly addressing their concerns, misconceptions, and challenges. The revised edition adds over 500 Bible and 800 Catechism references.