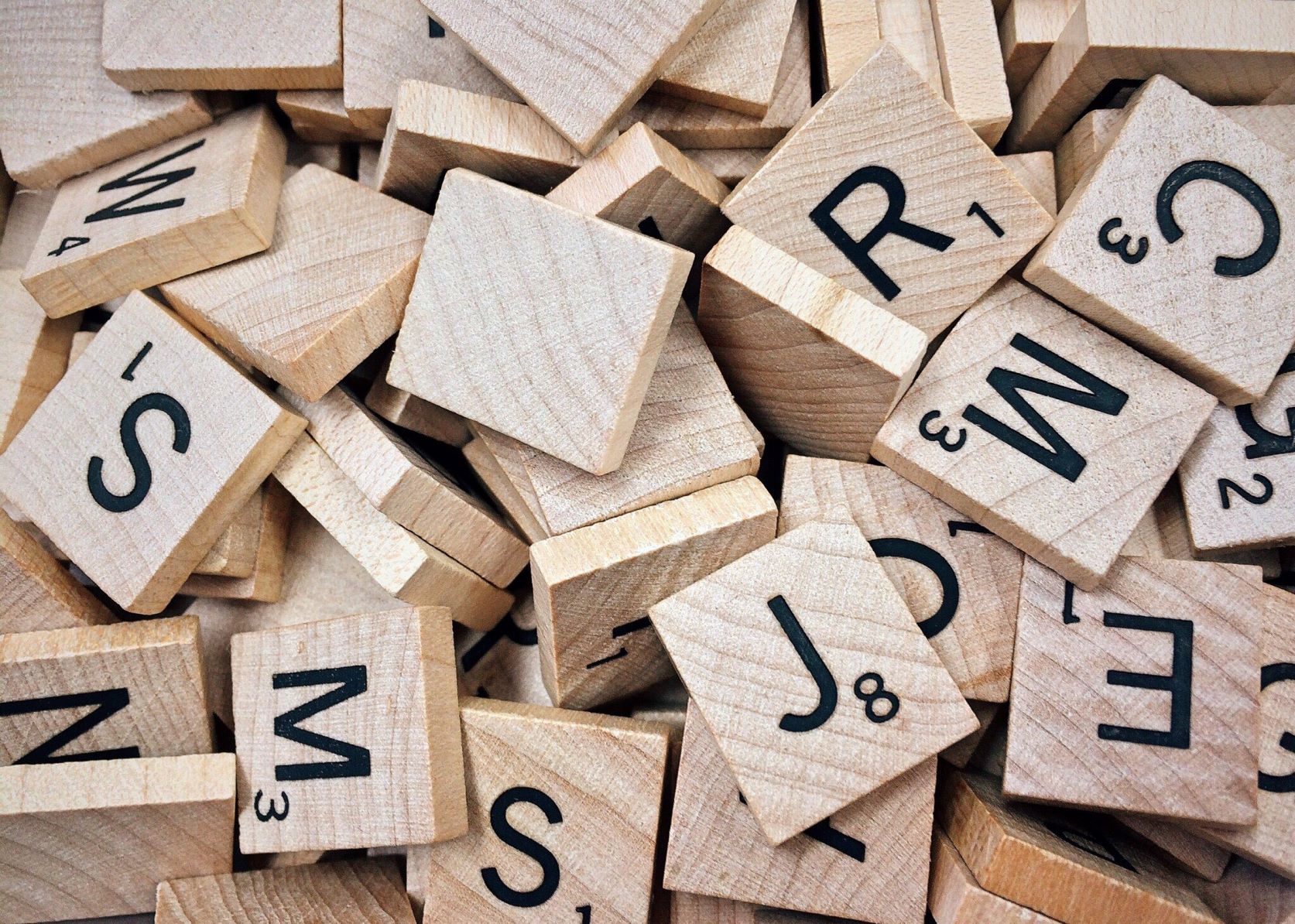 I keep a thesaurus in my bathroom. When I’m writing under deadline, I’m far more likely to consult an online version than a print one; but either way, it’s a beloved tool, and I’ve long since grown out of any snobbery against it.

B.D. McClay, who you really should be reading, defends the thesaurus in a recent essay in The Outline:

“What a thesaurus gave to people was the ability to see words not simply as isolated bits of vocabulary but as parts of a bigger way of thinking and associating ideas and meaning. Language could be exciting. Language could have ideas lurking in it you never even knew were there. Language was grand, dignified, sublime, majestic; vast, immense, and enormous. To the idea of the ten-dollar word, the thesaurus says: really, there is no such thing as a budget for words. There’s no language austerity. Go ahead and spend. This is all yours, and it’s not running out.”

I use an online thesaurus when I’m exhausted and can’t think of simple words (my recent online search history includes “can’t help it synonym”, for instance, from a day when I was too dopey to scrounge up the word “helpless”), or when I’ve already used a word and need to say more about the topic, but my paragraph needs brightening up.

But I also use it when I don’t know quite what I mean, yet — when I’m circling around an idea and can’t break into the nucleus of it. A list of related but not-quite-appropriate words make good foot stones to help me clamber up to what I really mean.

But a thesaurus in book form is a different experience from the online version. Roget’s lavishly expansive thesaurus is like a family photo album: Flip through even casually, and you will see that these people, these words, are all clearly related — some more clearly than others — but genetics is a tricky thing. These two have the same eyes, but in this one, they are sweet; while in that one, they simper. These cousins are built the same, but one uses his strength to dance and the other, to hurl rocks. Here are three sisters: one recalls the olden days, one is irritatingly modern, and the other simply gets the job done. But they’re all in the same family, all related. Send them out on their own, and see what they can accomplish in various kinds of company.

“was not a book of synonyms, such books already existed. Synonyms, in terms of words that can be completely substituted for each other, are fairly rare. “Inferiority,” “minority,” and “subordinacy” might all be related words, but they carry slightly different meanings. “Sunset,” “dusk,” and “twilight” all encompass roughly the same time of day, but each has a different tone. So Roget called his book a “thesaurus,” or treasury. He was showcasing and organising language, not simply providing lists of matching words.”

It’s a book made not only for utility, but for delight, and that’s surely part of why it’s fallen out of favour. Delight is an imprecise business, and it has its perils.

“people are too afraid to test new words — even words that are correct, but obscure — because they are afraid of seeming foolish and they either stay within the bounds of a safe vocabulary or (if they are a certain business-managerial type) cope by inventing hideous new words. Fear of the thesaurus has unleashed horrors a Chthonic god could only dream of, like synergy and incentivise. 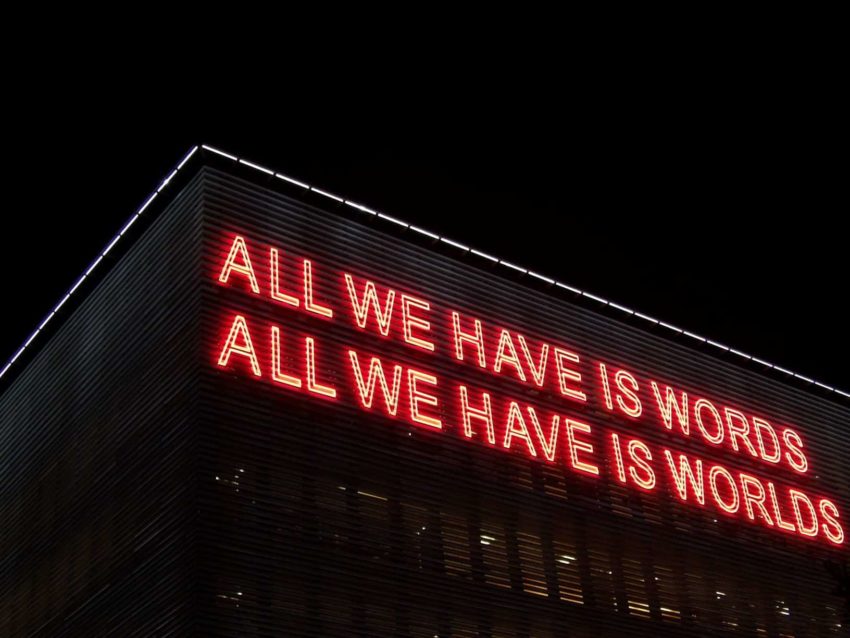 This seems to me to be a worse problem, not only because people do learn by making mistakes, but because the sphere of “correct,” accessible English will only get smaller and smaller. Such a state of affairs will not correct language slippage, but it will make English much more boring.”

In 2019, the written word — especially online — isn’t meant chiefly to illuminate, to tag you fleetingly and draw you into a game of ideas, to introduce you to the strange and unfamiliar, to stir you into the chemistry of irritation or passion or bewilderment that yields something new. It’s rapidly dwindling into mere code: Code for how acceptable I, the writer, am as a human.

We reject the very idea that words are often more than simple boxes in which single ideas are stored. Instead, we write essays to be used as shareable statements of identity. Did I state Thing A? Then I am on the right side of history (until further notice). Did I utter Thing B? I should be cast into the outer darkness. Did I suggest Thing C, but in a way that could, even with frank dishonesty, be twisted until it seems to resemble Thing B? Also outer darkness, and there is no recourse. All that matters is the alleged B-ness of what passed my lips. Irony, ambiguity, even context are now considered too radical to be tolerated.

This kind of thinking is deadly to language and deadly to understanding in general. Words do have specific definitions, but they are also surrounded by a buzzing host of suggestions. A clever writer not only knows what a word means, but sees and identifies all that it suggests, and guides his reader to catch a scent of the one he likes the best.

I see what the danger is. I see why people fear the imprecision of language. The propagandist also has this skill to speak through suggestion, and knows how to choose words whose suggestions are more important than their meanings. “Dogwhistling” is a real and pernicious thing, and evildoers can send signals to each other with carefully chosen words, and still retain plausible deniability.

This is a real threat inherent in a living language: Words mean more than they mean, and malicious people can wield this power covertly, and do much harm. And so to combat the danger, we resort more and more to wide, punishing nets that pull down whole swarms of words from the sky.

But what worthwhile thing is not a little bit dangerous? We laud diversity in every other sphere, so why not in language? It’s worth going out of your way to use an unexpected word, a challenging word, a word that clangs for attention, rather than words that are designed to slide seamlessly into a pre-appointed slot. It’s worth guarding our glittering, variegated word hoards, fighting for the ones we love.

I’m not an angry old coot shaking a fist against the natural evolution of language. Because it is, in some sense, alive. Language does shift and slide and rearrange itself over time.

But there is a difference between evolution and manipulation. It’s the difference between the way a wildflower will slowly change from pink to white as fewer bees and more hawk moths come to sip at its nectar, and the way a biologist will alter the DNA of a crop so it can resist weevils.

There’s nothing wrong with genetic engineering in itself. In fact, it can mean the difference between life and death for hungry people who have to fight against weevils if they want to survive. But it does have the danger of leading to monoculture, and who knows what unforeseen danger could fell it all together?

And I have seen human beings felled because they delight in language and want to use it as language ought to be used, with all the weaknesses and also the great and terrifying strength that imprecision brings. Try making your living as an idea farmer living in a language monoculture. You will be felled.