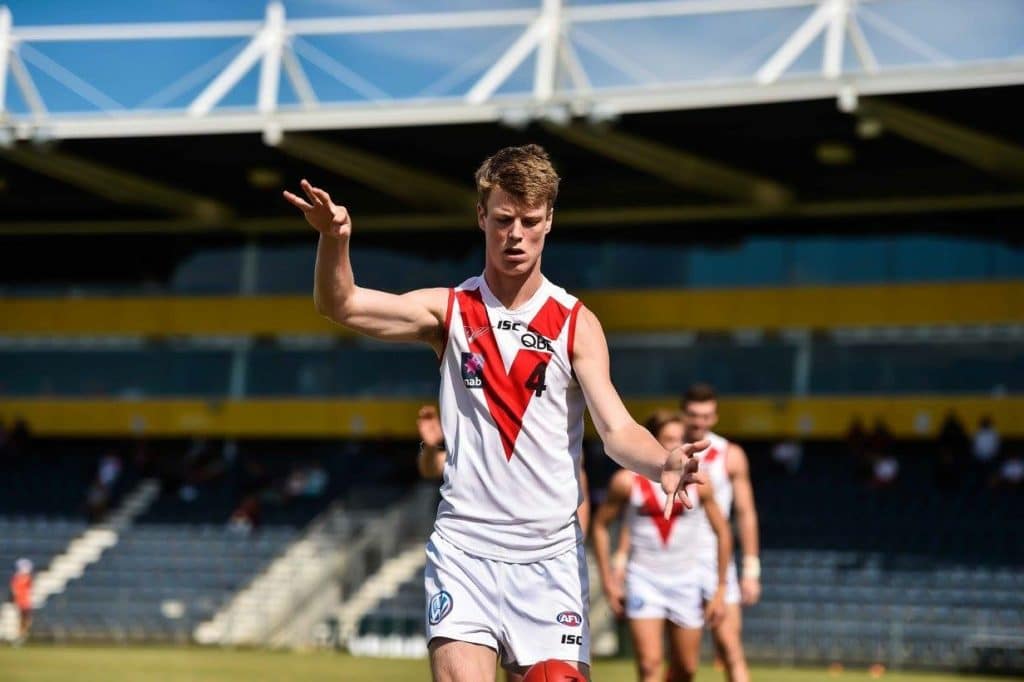 At just 18 years of age, Nick Blakey admits he is living the dream.

The talented former Waverly College student is well on his way to a promising AFL career, regarded as a standout with the QBE Sydney Swans Academy and considered one of the most promising prospects for the 2018 end-of-year draft.

Standing at a commanding 197cm, Nick is already a seasoned footballer, playing at an elite level for more than 10 years.

However with his vast experience comes the injuries. The talented teenager spent most of the 2017 season sitting on the sidelines with severe stress fractures in his spine.

At such a young age, his lanky body is already showing signs of wear and tear and he attributes his remarkable recovery to the staff at his former Catholic secondary school.

“Waverly were absolutely fantastic, the help and assistance they gave me, particularly while I was injured, was unreal,’’ he said.

“The AFL program they have implemented at the school is really paying off not only for them but the students as well.

“They enabled me to concentrate on my footy both on and off the field. My recovery last year was a very long and slow process and the school really helped me get through it.

“There are a few Waverly students at the Swans Academy at the moment, I’m not sure if there’s something in the water there, but if you want to play AFL in Sydney I reckon it’s the place to be.”

Nick, who completed his HSC last year, hopes he can now concentrate on making a name for himself in a game where his father is considered AFL royalty. Dad John Blakey played 135 matches for Fitzroy and 224 games with the Kangaroos and is now assistant coach at the Swans.

Due to his dad’s career, the teenager is now eligible to be drafted at a discount by either the Kangaroos (father-son), Lions (father-son) or Swans (Academy) … but could also opt to go into the open draft.

Growing up with AFL, Nick is very matter-of-fact about the possibility of moving away from his family and friends for footy – which is something he has done his entire life. 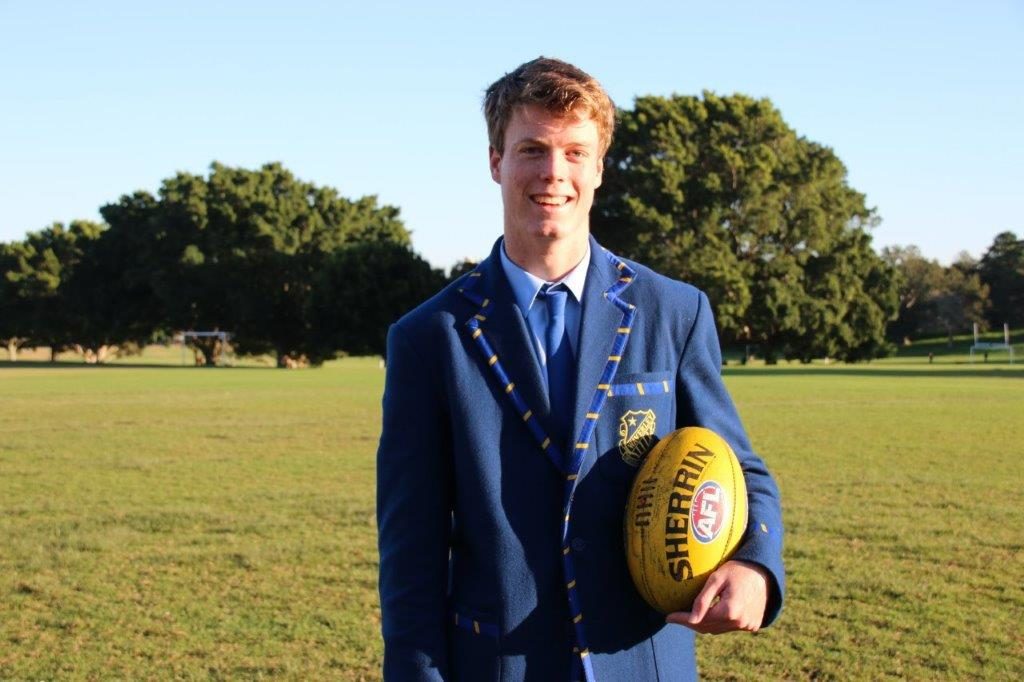 Born in Melbourne, the family relocated to Brisbane for his dad’s playing career before shifting south for his coaching role at the Swans.

Nick said all going well he will be open to all offers that come his way for the 2019 season.

“Getting picked up in the draft at the end of the year is all I can focus on at the moment,” he beamed.

“Growing up with a dad who is such an accomplished footy player really left me with no doubt about what I wanted to do with my life. I tried plenty of other sports but AFL was the only one I was any good at.

“This year I want to make a name for myself and hopefully get picked up by a club whether it be the Swans, Fitzroy, the Kangaroos or anyone else that wants me.

“I’m just lucky he’s my dad, I definitely wouldn’t be here without him.”

Nick will spend the 2018 season training with the QBE Sydney Swans Academy as well as working at AFL NSW conducting footy clinics at schools around the State.

Head of Waverly College, Graham Leddie said the school was very proud of its relationship with the Swans enabling students to fulfil their club commitments as well as continue to be involved in the school’s co-curricular program.

“Waverley College was one of the first schools to take on AFL and was a strong supporter of the establishment of AFL for Sydney’s independent schools competition,” he said.

“AFL is currently the fastest growing sport at the college and one of the drivers of this is seeing the success of students like Nick, as well as support from the Swans, who provide inspiring guest coaches for some of our training sessions.

“The school’s location so close to the SCG – the Swan’s home ground – means our students can easily see some of the nation’s top players in action and enjoy the excitement of a professional game; that is very motivating for our AFL boys.”

QBE Sydney Swans Academy General Manager, Chris Smith said that Nick was not only a talented athlete and footballer but has always displayed a true focus and a willingness to learn and improve.

“He is fortunate to have a great family that has shown strong support and guidance, as well as providing him with examples on how to live a healthy and productive lifestyle,” he said.

“Waverley College have always been willing to support Nick by balancing his academic and sport commitments, which in today’s environment is critically important.”