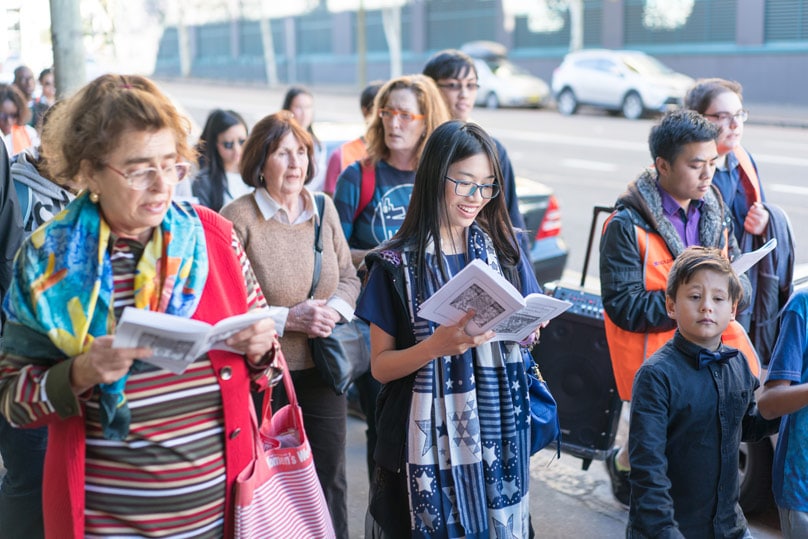 What’s the best way to deal with challenging times as a Catholic: to hide in the bunkers or to return to our mission of taking the love of God to the people around us?

Seven parishes took up the option of organising local Eucharistic processions through their neighbourhood streets, last year, as part of the Walk With Christ in Parishes (WWC) initiative organised by the Sydney evangelisation office, CREDO.

It is happening again on 18 June and the CREDO team has pulled out all stops to make it as easy as possible for Catholic communities to get on board.

There’s a ‘Things you’ll need’-type list of guidelines on the CREDO website (credosydney.org), as well as a pro forma letter requesting council approval for a footpath procession, and an example route map to get local Catholics thinking about the possibilities. 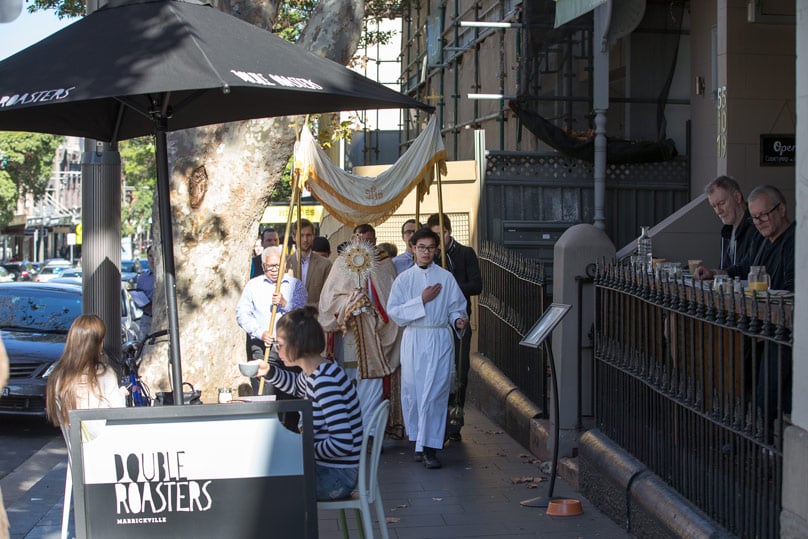 CREDO director, Cathy Kennedy, says that the positive feedback from the parishes that participated last year was a major impetus for making the event a regular fixture on the Sydney Catholic calendar.

“I suspect that it was that sense of community (that made it a success), of getting out there together,” Cathy told The Catholic Weekly.

“And it’s is a great opportunity to be an evangeliser in your own backyard – to pray for the people in your local area.” 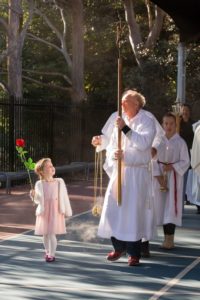 Last year, two neighbouring parishes decided to undertake a procession together, walking from St Joseph’s Parish, Camperdown, to St Fiacre’s Parish, Leichhardt, concluding with a Holy Hour and late afternoon, BBQ dinner.
Fr Thomas McFadden at Camperdown said council approval was a little late in coming through, but that the sense of anticipation kept them on their toes.

“It ended up being the ideal-sized group (around 100 people) for this particular procession – as the one (audio) speaker was able to project the sound of the prayers and hymns loud enough to reach the front and back. And the number suited the 14 streets that we needed to cross,” Fr McFadden said.

“There were fairly positive responses from the public whom we passed (and it was) a beautiful moment to adore and honour Our Lord in the Holy Eucharist, as well as bear public witness to the faith.”

Fr Andrew Bass at Holy Trinity Parish, Granville, said he had received enthusiastic feedback from parishioners, including from one person who was keen that it be a regular, monthly event. 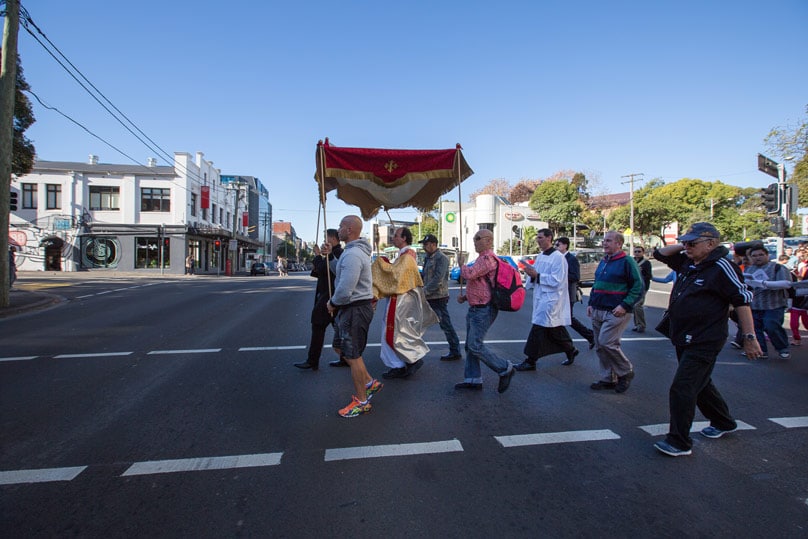 Asked about occasional, negative reactions to practices such as processions and Adoration, Cathy said she understood some of those sentiments, particularly from older Catholics who were made to participate in them, often robotically, during their school years.

What has changed is the spirit and understanding informing such events; that they are less about proclamations of identity, and more about encountering Christ and bringing Christ – in this instance, quite literally – to others.

“As these things are coming back, we’re doing them in the spirit of the New Evangelisation, and we’re thinking very much of the witness we can be and our service to others. And people are really loving it.”

More information is available at credosydney.org