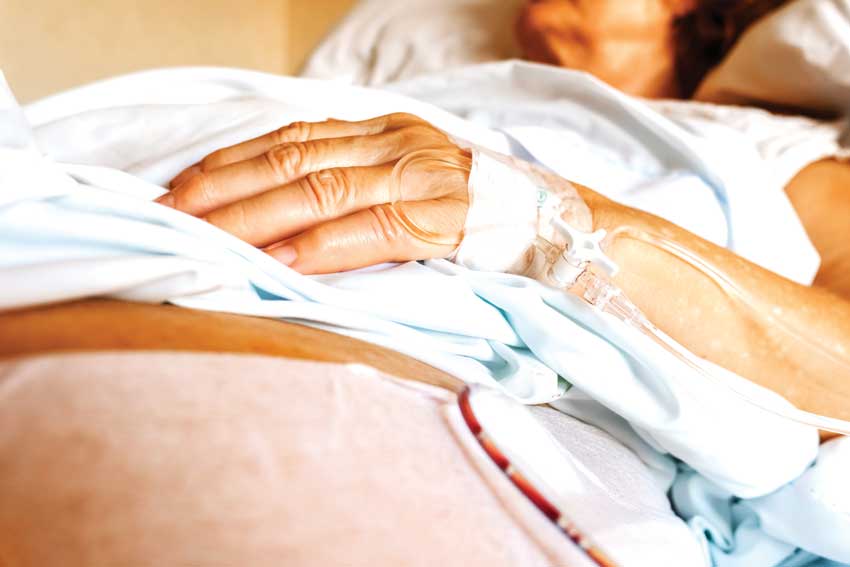 Attitudes on end of life care reveal a double standard

We have known for a long time that those who describe themselves as pro-choice when it comes to abortion are in fact deeply anti-choice. While they wax lyrical about the “right to choose,” they do nothing to provide support for those women who want to keep their baby, either during or after pregnancy.

If they were authentically and consistently pro-choice, then the same people – men and women – who hold placards at pro-abortion rallies would also be volunteering for pregnancy counselling services or donating to providers of the same, but it doesn’t routinely happen, if at all.

Similarly, the MPs who last year stood up in NSW Parliament and claimed that their pro-abortion vote was about a woman’s right to choose should be just as vocal and heartfelt in their pleas for the provision of services for families. But there has been no evidence of that.

The irony of the self-proclaimed pro-choicers is that they are thoroughly anti-choice.

Those who push for euthanasia and assisted suicide to be made legal describe their campaign as being one about end-of-life “choices,” but they also are completely disinterested in advocating for, or providing choice to, those who are nearing the end of life.

Instead, and just like the abortion advocates, they frame their campaign in terms of choice to make it more palatable to the public and the politicians.

In particular, those who argue for assisted suicide and euthanasia will say that its legalisation is not about diminishing the quality of or access to palliative care. Instead, they argue, it is an option for people for whom palliative care does not work, and who would be left to die in agony.

Nothing could be further from the truth. Australia has some of the highest quality palliative care in the world, and those who offer it say that for the two per cent of patients for whom it does not work, palliative sedation is offered so that they are not in any pain or distress as they reach the end of their lives.

All they really need is the resources to educate more doctors and patients about it, and to ensure it is affordable for everyone.

But euthanasia and assisted suicide advocates are not interested in that type of “choice.”

Remember that when Victoria conducted its inquiry into end-of-life choices, 30 of the 49 recommendations that the committee made related to the improvement of palliative care, and only one had to do with the legalisation of euthanasia and assisted suicide.

Palliative Care Victoria requested an additional $65 million in annual funding in order to meet the requirements, but they were given nothing.

The government instead put all its attention on pushing euthanasia laws through parliament, and it wasn’t till after they were accepted that palliative care funding was considered.

Even then, the amount given was minimal. At a commitment of $62 million over a five-year period, the government was offering less than 20 per cent of what Palliative Care Victoria had told them was needed.

And it’s not like Victorian palliative care services didn’t need the help.

Statistics released just last week by the Australian Institute of Health and Welfare show that Victoria has been woefully below the national average for Medicare-subsidised palliative care services since the time euthanasia was legalised.

In Australia, an average of 58 people in every 100,000 receive Medicare-subsidised palliative care visits, either in their home or in the hospital.

Despite being one of Australia’s most populated states, in Victoria, these Medicare-subsidised visits are available to only 41.6 people per 100,000.

This isn’t because fewer people are using the same amount of services.

Victoria is also below the national average in relation to the number of services provided.

Around the country, states average 316.4 Medicare -subsidised palliative care visits per 100,000 people; in Victoria, this number is 234.6.

While it might be cynical to suggest that the lethal cocktail provided for assisted suicide is a lot cheaper than providing quality palliative care, it is also true. If Victoria was serious about providing end-of-life choices, then the number of Medicare-subsidised palliative care services it provides to its citizens should be the highest in Australia.

Unfortunately, there is about as much chance of that as there is a pro-abortionist offering pregnancy support.

Experts back KPMG report on palliative care
Federal grant for Sydney palliative expertsMonica Doumit: From bad to worse on euthanasia