While the Church at large seems at a loss to know quite how to re-engage young people, the Missionaries of God’s Love, a rapidly expanding and young home-grown Australian religious community, have proved extremely successful.

Every year the MGLs help run popular youth events in conjunction with the Disciples of Jesus Community, such as the Light to the Nations Easter Youth Pilgrimage in Bowral NSW which draws hundreds of young people from around the country.

Their approach is to seek to give others an experience of the reality of God’s love, to meet and accompany the young in the ordinariness and messiness of their daily lives.

Fr Chris Eaton MGL is known by many young Catholics as the “rapping priest”.

The 37-year-old who grew up in New Zealand began writing his own rap tunes just over 10 years ago, after realising he didn’t want to listen to the shallow lyrics of mainstream hip hop anymore.

He began writing lyrics that expressed his growing relationship with God. In the process, he discovered that rap was the perfect way to connect with young people and to let them know of God’s burning love for them.

“With rap there’s a novelty factor to it because I’m a priest, and there’s a beat, there’s a bit of power in it,” he told The Catholic Weekly.

“With rap you can speak a message pretty boldly and straight-up … it gets attention.”

Fr Eaton is based in Canberra where the MGLs were founded in 1986. He lives with a community of brothers and priests and is currently Novice Master, overseeing the training of new members of the order. It was his love for working with young people that led him to the MGLs in the first place.

“Helping young people to have a personal relationship with Jesus, finding ways of engaging them, that’s why I’m using rap, just to help people open up and to bring the message of the Gospel,” he says. His approach to evangelisation is down-to-earth and simple yet deeply spiritual.

“The aim is simply to bring the love of God to those who do not yet know His love … but we do have a particular focus on young people and bringing young people to an experience of the Lord,” says Fr Ken Barker, the founder of the MGLs.

Vocation-wise the MGLs are doing well – very well. With 30 priests, the order has another 30 men in formation plus several consecrated brothers. There are also 16 MGL sisters.

The MGLs have missions in Canberra, Melbourne, Darwin, Sydney, the Philippines and Indonesia focused on the young and the poor.

“We’ll always want to be friends with, and be with, the poor as our family,” Fr Barker says.

In 1983, Fr Barker, a diocesan priest at the time, attended a charismatic retreat in Sydney which changed his life. It “opened” him up “in a whole new way to the activities of the Holy Spirit”.

This turning point led him to eventually join the charismatic lay community the Disciples of Jesus in Canberra, where he quickly became one of the community’s leaders.

In 1985 three young men from the community approached Fr Barker expressing a desire to become priests but also to “stay under this grace” they had found within the community.

Through prayer and discernment, Fr Barker felt God was calling them to found a brotherhood.

“We felt he was asking us to consecrate ourselves to the wounded heart of Jesus, for the world, and to entrust ourselves to the Blessed Virgin Mary, who would intercede to bring us vocations.”

He had also been reading the life of St Francis of Assisi. This was, he admits, a “dangerous thing to do”.

“I remember putting the book down and thinking, ‘is it possible today to live the Gospel radically as a priest by giving everything away to the poor and just trusting in his providence?”

And so, informally to start with, in 1986 the MGLs began in 1986 in a little suburban house in Canberra, where, after gaining approval from the local bishop, Fr Barker lived in community with the other young men seeking to discern God’s will.

The name – the Missionaries of God’s Love – was given to them by the Blessed Mother herself, Fr Barker said.

“Really she’s the great missionary of God’s love, so that’s the heart of Mary that we have.”

The MGL priests and brothers were formally declared a Clerical Religious Institute in 2014.

The MGL Sisters, who were founded later, are working towards the same status.

The fundamental text that underpins their life is Luke 12:49 – “I’ve come to bring fire to the earth and how I wish it were blazing already.”

“He wants fire to come to the earth,” Fr Barker said. “The fire of his love… it couldn’t happen until he went to the cross and hung on the cross for our sake.”

“It’s the fire of the Spirit at Pentecost. We want that same Pentecost experience for ourselves and for everybody else in the Church because what we need most is more of the Holy Spirit, the fire of God’s love in our hearts.”

The MGLs take vows of poverty, celibacy and obedience.

“Which is really just a way of saying I want to give everything to Jesus, all that I have, all my capacity for intimate relationship, even my sense of will and the freedom to do whatever I want,” explained Judy Bowe, who has been an MGL sister for 29 years.

“I want to give everything that’s radically possible to Jesus.”

She entered the order at age 25 after having first encountered the “authenticity” of the MGLs at a retreat they ran for young people.

Based in Canberra, Judy currently has a leadership role with the sisters and says one of the best things about their life is the unity.

“I value a really strong sense of unity and we’re also really different people, personalities, ages, backgrounds, cultures … There’s a great strength of unity in moving together in a particular charism.”

For 28-year-old seminarian, Br Joshua Whicker, the closeness between the MGLs and the Disciples of Jesus Community, has been an enormous advantage.

Being in contact with lay people, married couples and families, from the community and working with them in their ministries, helps to keep him grounded.

“Just seeing the highs and lows of family life keeps things in perspective,” he observed.

Br Joshua, who has just completed his studies in Theology and Ministry in Melbourne, was attracted by the MGL’s passion for young people and also the strong sense of brotherhood.

“Brotherhood is fundamental. We have brotherhood night every Monday. We have Mass together, share a meal then maybe watch a movie… It’s great to come home at the end of the day to that fraternity … it’s a real strength I can draw on.”

Fr Chris Ryan joined the MGLs when he was just “a wee baby” of 19. He is currently parish priest at St Declan’s in Penshurst, Sydney.

He first encountered the MGLs as a teenager growing up in Canberra.

“I was a 16 year old kid and started going along to the Mass that they ran in Canberra and it felt different from any other Mass I’d been to and I really began to encounter the Lord myself.

“They had a joyful witness about them. They were young and they were real about the challenges, things like celibacy, but they didn’t look like they were over-burdened by that.”

After 25 years as an MGL, Fr Ryan said he cherishes the challenge of constantly needing to find new ways to evangelise in contemporary culture. He recently completed a doctorate in Youth Ministry and has founded the Arete Centre for forming lay leaders for ministry.

“It’s really crucial we make that shift so our parishes are actually places where people do encounter the Lord.”

“We’re in a really new moment in our culture. I do believe in God’s mysterious ways the MGLs have been raised up at this time. We’re not the answer by any means but we make a contribution.”

Like all the MGLs he relishes his role of bringing the joy of the Gospel to others.

“I get to get up every day and try to cooperate with what God’s doing in people’s lives. It’s God’s job, not mine but I get to play a part in that.” 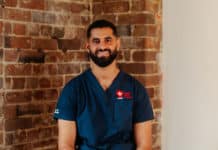