Istella al-Shorachi, 18, has packed a lifetime’s worth of adventure and heartache into the past four years and already discovered her life’s calling to help others no matter where she finds herself.

The Year 12 student from Mary MacKillop Catholic College, Wakeley, arrived in Sydney from Jordan with her parents and three brothers in September 2016.

They had been living there as refugees after being forced to flee their home when ISIS entered their village in Iraq at the start of the civil war there in 2014.

When she was prevented from attending school Istella found comfort in creating games for the younger refugee children to play, helping her mother cook and assisting priests at Mass.

Istella was one of 49 students chosen to receive the Archbishop of Sydney Awards for Student Excellence 2018 on 7 September.

“I think that what she sees as her calling is her appreciation of life and ability to give back,” she said.

“She wants to bring to her community in the school and her parish what she received in her life as a refugee leaving her country, and she does that in small ways.

“In our school she helps our new arrival students with homework classes and lunchtime lessons, and that’s who she is, and it doesn’t stop with the refugee community.”

Since arriving in Australia, Istella’s family attend Our Lady of Mercy Syriac Catholic Church, Concord, where she is a reader at Mass, a member of the youth group and assists with cleaning.

The young woman with an ever-present smile who has worked hard to master English, said it was “a beautiful opportunity for me to get this award at such a beautiful ceremony and celebrate with my family and principal and friends.” 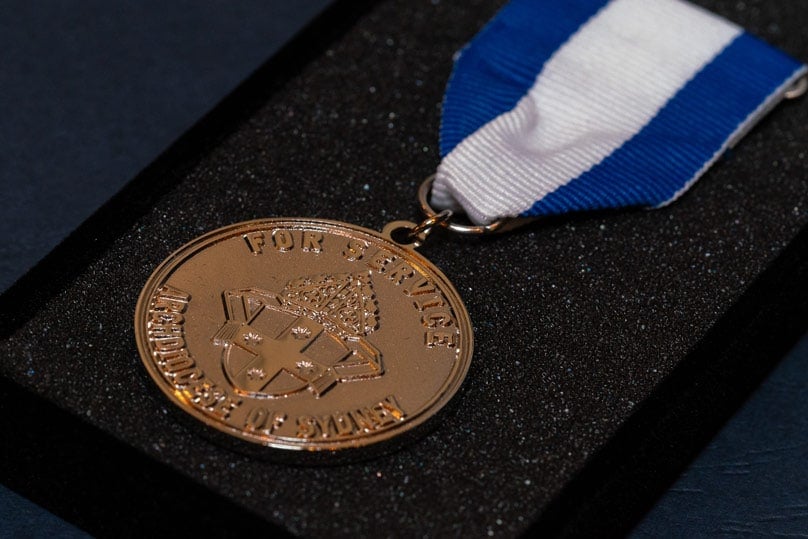 St Mary’s Cathedral College Hall was abuzz as the recipients and their friends, proud parents and families, school principals and several parish priests assembled for the awards ceremony followed by a prayer service in the Cathedral.

Presenting the awards, Archbishop Anthony Fisher OP said he is “always excited” to present the special accolades each year, which recognise the service of senior students from systemic and congregational schools across the archdiocese for service to their school and parish communities, their witness to the Catholic faith and example of leadership.

“It is a great occasion for recognising and congratulating the leadership and example that you and other young people have given in our schools, as part of the Church’s broader mission to preach the Gospel of Jesus Christ ­­­­to twenty-first century Sydney,” he said.

Executive Director of Sydney Catholic Schools, Dr Dan White, commended the recipients for their commitment and contribution to their colleges and wider communities.

“The faith, integrity, leadership and commitment to others that this year’s award recipients have displayed make them a credit to themselves, their families, and their schools and parishes,” he said.

He also congratulated and thanked the parents and teachers “who have nurtured each student to become people of faith who reflect the presence of Jesus in the world”.

“May they continue to move forward, prepared and confident to make a difference in the world, and to discover and nurture the veins of gold in every person they meet,” he said.

Jane Kent, student at Domremy College, Five Dock, said that she was “very honoured” to receive her award though she felt she didn’t particularly need the extra encouragement.

“In my family service is just something that’s part of our lives since my siblings and I were very young,” she said.