The Sydney Archdiocese has made possible new research into a rare and deadly heart condition with a $100,000 grant to the Victor Chang Institute.

Professor Robert Graham, one of Australia’s leading scientists, is seeking to find the cause of heart attack or sudden death in otherwise healthy young women in the hope of preventing the condition.

Spontaneous coronary artery dissection (SCAD) accounts for up to 24 per cent of heart attacks in women aged under 50 worldwide who have no history of heart disease or the commonly associated risk factors.

SCAD is a rare but serious condition that results when an inner layer of one of the blood vessels in the heart become torn. Blood seeps between the layers, forming a blockage which can slow or block blood flow to the heart, causing angina, heart attack, abnomalities in heart rhythm or sudden death.

Prof Graham, who is also the executive director of the Victor Chang Cardiac Research Institute, said he was “honoured and very grateful” to receive the award.

“This will allow us to really get going on these studies and hopefully make a big difference to the women who have these heart attacks,” he said.

Archbishop Anthony Fisher OP said the research being conducted by Prof Graham and his team meets the highest international standards of scientific excellence.

“The independent panel of scientific experts who assessed the applications noted that this project was likely to yield therapeutic applications in the near future and that nobody else worldwide would be able to compete with their work,” Archbishop Fisher said.

“If successful, it would ultimately lead to the discovery of a medical therapy which could either prevent or alleviate this devastating condition.

“It is important the Catholic Church shows its support for ethical medical research, which is respectful of human life and offers hope to those who suffer.”

Causes of SCAD are largely unknown and it is not diagnosed until after a heart attack has occurred, often in women who have recently given birth.

“What characterises these patients is that they are not only relatively young women but they have very few traditional risk factors,” said Prof Graham.

“They don’t have generally high blood pressure, cholesterol problems, they’re not smoking and a lot of them are very fit. 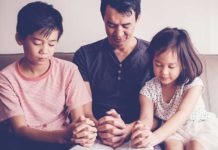