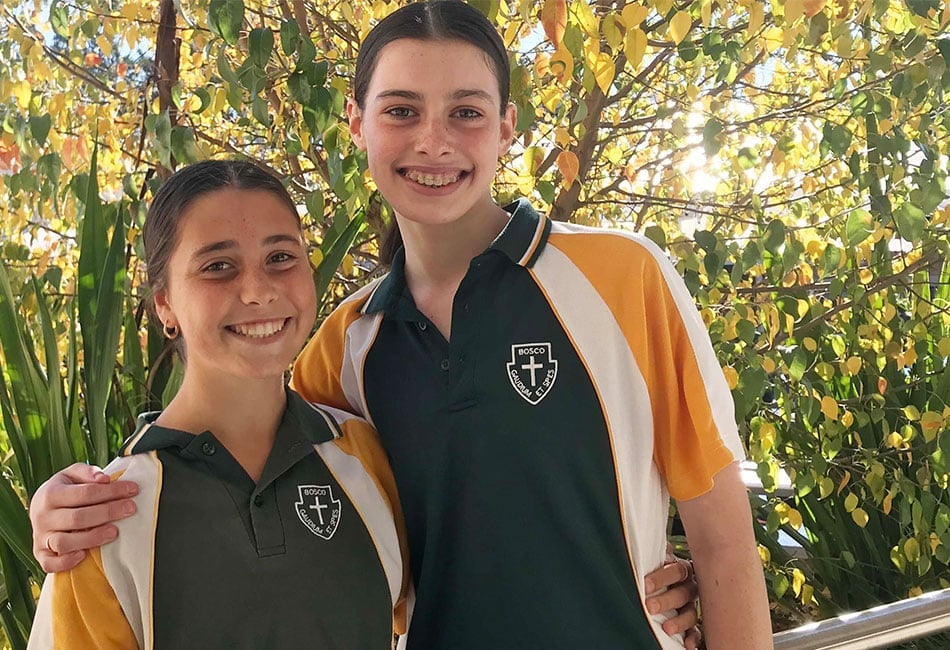 Throughout the day, Year 9 and 10 students from 36 secondary schools were invited to reflect on the theme Made for More. They heard from guests, including alumni, whose lives had been transformed by faith.

Among them was former De La Salle College Ashfield student Tommy Francisco, who is now a musician and youth minister.

Playing to sold out venues across Australia these days, he said he would remind current students: “If you have a goal, don’t let it go. Don’t be scared to chase it.”

“Everyone said to me to have a back up plan, but that takes you away from your craft”

Marcellin College Randwick alumni, Aidan Dunne, told students he attended a faith formation day when he was in Year 10 “to get out of school.” Little did he know it would become a springboard for his faith journey.

Today Aidan is studying nursing at the Australian Catholic University.

“I am a person that likes to research the hard facts about the complexities of the universe, but one night I asked God to give me a sign. And He did,” Aidan said. “It was during an evening boxing class where I had become injured and decided to go home early.

“While I was waiting at the bus shelter for my mother to pick me up I decided to go for a run, it was a still night and as I entered a dark and deserted alley way, I said the only words I knew from the Bible (Psalm 23:4) and it was then that a gust of wind came up out of nowhere and lasted for a few seconds only.” 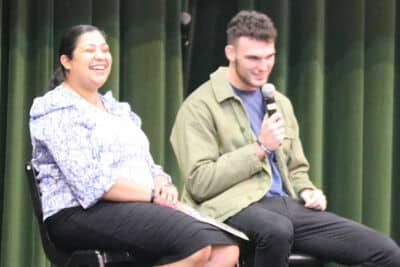 “The day was a great success,” Ms Fernandez said. “Students wanted to know when it would happen again.”

“Professing your faith is really important, even if people mock you for believing,” said Ella.

Georgia said the speakers impressed upon her the importance of continued faith in God and to never give up. 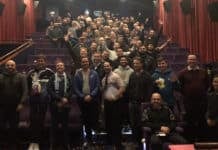