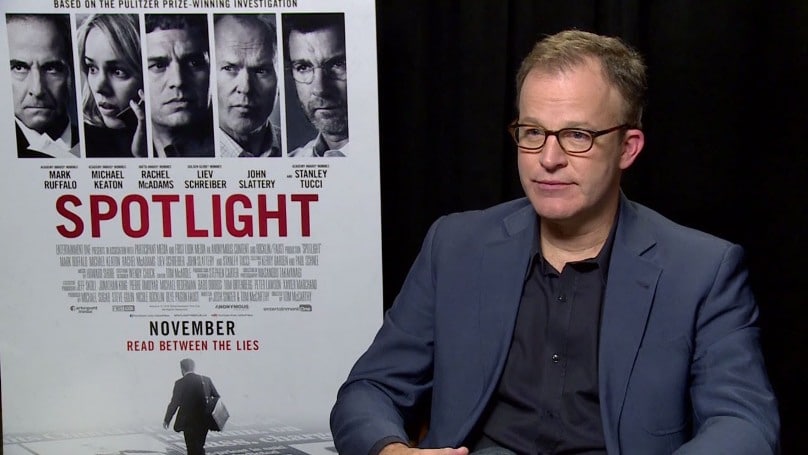 The Catholic Herald has spoken to Tom McCarthy, the director and co-author of Spotlight, a film depicting the Boston Globe’s uncovering of years of cover-up and complicity surrounding the heinous crimes perpetrated against children by numerous Catholic priests. Journalist Will Gore writes:

“The positive reception Spotlight has received is also due in no small part to its measured and thoughtful approach. It doesn’t seek to sensationalise its subject matter or demonise the Church. The action unfolds from the point of view of the Globe journalists (if “action” is not too grand a term for scenes involving the mundane rituals of a journalist’s trade: door knocks, phone calls and the painstaking scanning of paperwork). The abuse is described but never shown – and then only to a limited degree. The film gives enough information to shock and horrify, without ever becoming prurient or voyeuristic.”

McCarthy tells Gore that the film was never meant to be an attack on the Church, adding:

“It’s a sensitive issue and part of our approach was to not sensationalise or be gratuitous … It’s not just a question of a newspaper going after the Church but also a larger question of societal complicity and deference, in this case towards the Church, but also in general.

“What did people know and was it just the power of the Church stopping them from speaking out, or was there more to it? I hope this is a universal movie that transcends this particular case and speaks of other institutions where bad things are happening.”