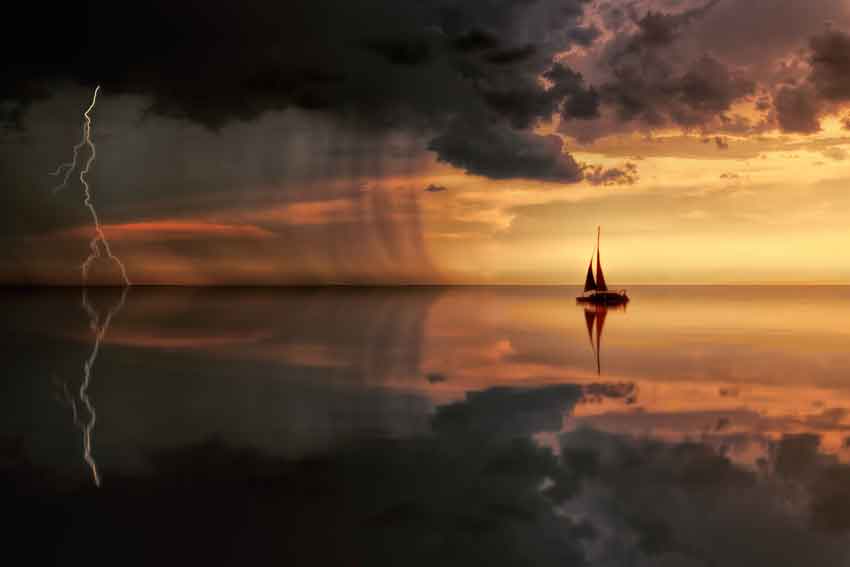 I was running late. It was a blowy, drizzly day, and I was hurtling down the highway toward the hospital, where I had a long-awaited appointment.

A loose bit on the windshield wiper chattered and clattered behind the blade. Box trucks roared past me on both sides and my car began to shimmy in the wind.

This was the road to the big hospital, the one we only go to for big problems. My father had his emergency triple bypass surgery there, and this is where the ambulance took my daughter when she fell off the deep end into a diabetic ketoacidosis.

I’m not sick, but I do want to be screened — only screened! — for cancer, which is our family’s unofficial mascot. I hate this hospital. This hospital is my own little dead garden, the place where we must go to be put to the test from time to time.

A dead leaf threw itself under the windshield wiper blade and was dragged back and forth three times before it was released by the wind. “Take the exit,” my phone barked, but I was in the wrong lane to exit.

The sky grew darker, and then I was lost. I lost my nerve, I fell apart, became unravelled, was utterly helpless in the teeth of terror as I drove. It was a formless kind of multi-terror, with no particular name and no discernible end, and it shook me like helpless prey. 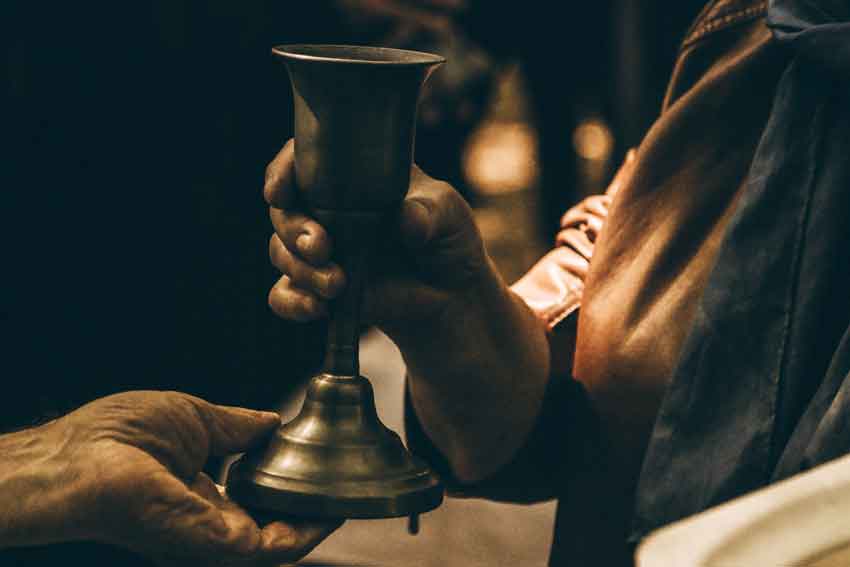 There wasn’t anything to do but drive, so I did, pushing on through the wind and fruitlessly chiding myself for my fear, wanting so hard to be grateful for all the good things I know I have; but I was so afraid.

I try to deliberately accept suffering when it comes, even if it’s only the humiliating suffering of being afraid to suffer. I try to offer it up to the Father, whoever He is, and I try to remember that pain and fear don’t need to be wasted, but can be paid into the mysterious bank of human suffering and then doled out to those who need it more in a mystical way that makes perfect sense to me as long as I’m not in the middle of it.

Sometimes living the theology of suffering is like setting out a picnic in a hurricane. You may know how it’s supposed to be done, but go ahead and lay it out. Just try! The wind will take it.

Then, a thought came. On Sunday, our pastor reminded us of how, in the Garden of Gethsemane, Jesus asked if the cup could be taken from Him. The reading on that week described a wretched encounter with clueless James and John, who flat-out asked to be served and glorified by God. Jesus asks them, more or less, “Are you serious? Do you have any idea what you’re asking?” and, amazingly enough, they say they do.

They continue to lay out their picnic with the Lord: a plate for everyone, a saucer, a tea cup, little buns at each place, and we’ll all have a feast. This is how it is supposed to work, they are pretty sure. So Jesus warns them that being glorified means drinking from the same cup He’ll drink from. Is this what they want? And they agree: They do. “We’ll have a toast!” they imagine.

And so, just as they request, He does what they ask of him. They all suffer. They are all put to the test, terribly. But before any of that happened, our pastor said, Jesus may have had that day in mind as He groaned and suffered in terror in the garden. They had made a promise: They would drink with Him. They would share His cup, and He didn’t have to be alone.

Well, I thought. I did try offering up my fear, turning over my cup of terror up to Christ; but the wind took it. So instead, I will drink it with him. There will be no picnic, but maybe I can comfort the Lord in His garden.

I am not going to tell you that it worked, because I don’t think I know how anything works. I have my stupid ideas about how things are supposed to be, and I do keep trying to lay out my tidy little place settings, hoping against hope that the whirlwind will leave me alone.

But this one time, I sat down beside the Lord as He wept, and I drank the cup with him, and it was sweet. Just for a few minutes. Just long enough for me to come to myself, see straight, fly right.

I found my way to where I needed to be, and I didn’t cry any more that day. I don’t know what any of it means, except that on this one day, nobody had to be alone.

Sometimes the wind will let you be as you drink together, undisturbed.