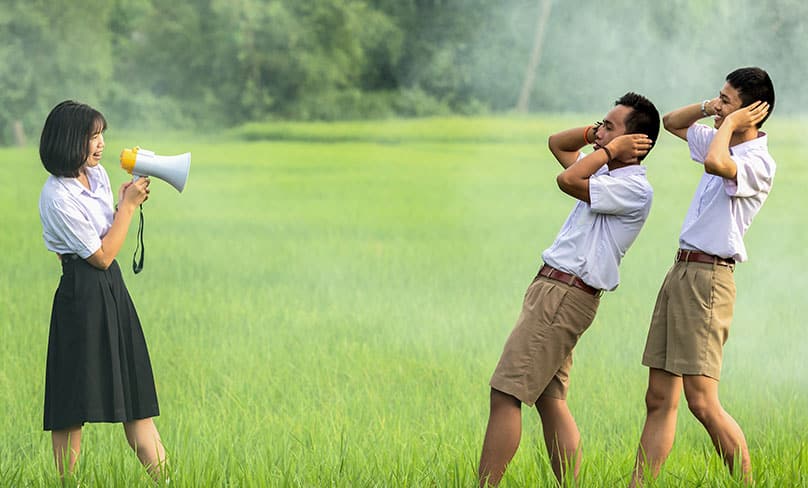 Here I go, staring down the barrel of my 44th birthday. I have several kids who are technically old enough to be parents themselves. My husband and I indulge in fantasies like what kind of insurance riders we’d like to add to our current policy, if we can figure out how to budget for it. Under my eyes are bags upon bags.

What I’m trying to tell you is, I went and got old, and I can’t find the “undo” button.
That being the case, I’m not pregnant now. And EVEN THOUGH I AM WELL AWARE THAT I’M OPENLY TEMPTING THE FERTILITY FATES BY SAYING SO IN PRINT . . . I don’t have any plans to have more children. My husband and I would be deliriously joyful if we did have another baby, but the plan right now is to consider ten a lovely number and leave it at that. See above: old.

Does that stop people from thinking I’m pregnant every time I sneeze? No, it does not. Here are a few things that the general public reads as a sure sign that I’m having a baby, just because it’s happened so many times before:

I go out in public with a tummy that is not completely flat. Mind you, I’ve never once, in my entire life, had a tummy that is completely flat, not even when I was in college and subsisted entirely on coffee, lettuce, and ice. These days, I’d classify myself as “strongly food-oriented.” I’m less of a person who does sit-ups and more of a person who measures time in how long it will be before I can get my hand on some tacos laboring under a heavy load of lime crema. When low rise jeans finally started to fall out of favor and the term “high waisted” began to creep back into fashion parlance, I almost wept with joy. If you look up “zaftig” in the dictionary, there’s not only a picture of me, it’s a two-page spread. When I was little, I used to keep bread in my pockets, JUST IN CASE. And my last child, my tenth, was over ten pounds at birth, leaving my abdomen as taut as a rubber band that’s been microwaved and then left out in the rain for a while, and stepped on by a horse.

Nevertheless, tummy not flat, and you know what that means! I’ll be chatting with an acquaintance and will see that unmistakable eyeball crawl. They try to be discreet, but I see it: They’re checking out my belly and OH MY GOSH IT’S NON-WASHBOARD.

It’s tacos, guys. Lonely tacos, without so much as a zygote to keep them company.

I appear in public wearing an empire waisted top, or something that’s a bit loose around the midsection, ho ho ho!

Yes, that would be what they are selling in the stores in my size. See above: Tacos. The hell of it is, last time I was shopping for maternity shirts, the only thing they were showing was stretchy, clingy, form-fitting torso huggers, because when every day is a question of whether the red hot back spasms or the stabbing sciatica is going to kill you first, and you can’t stop crying because your husband’s deodorant suddenly smells like nutmeg, you are always especially eager to show off every curve of your kickin’ bod. At least that’s how it’s always been for me.

But no, it’s a shirt. It’s just a shirt. I had to put on a thing, and this one didn’t smell weird, so I put it on. That’s all that’s going on here. No need to watch this space.

No, listen, I said I was “knocked off my feet,” not “knocked up.” You guys. I do occasionally do other things than become pregnant.

I say anything with the word “name” in it. It could be, “I’m planning to kill my husband in the morning. What’s the name of a good poison?” and my inbox is overrun with “OH MY GOSH, ARE YOU LOOKING FOR BABY NAMES?”

I say anything using the word “announcement” in it. I could say, “I’m not pregnant, and I’m not going to have a baby, and this is not a pregnancy announcement, but I have a different, non-pregnancy-type announcement to make, which is not about a baby in any way. Here’s my announce–” and twelve people will cut me off to shriek, “OH MY GOSH, IS THIS A PREGNANCY ANNOUNCEMENT?”

Yes. Sure. It’s a pregnancy announcement, and I’m naming the baby after you. I think Shut Uppa You Face Fisher has a nice ring to it, don’t you?