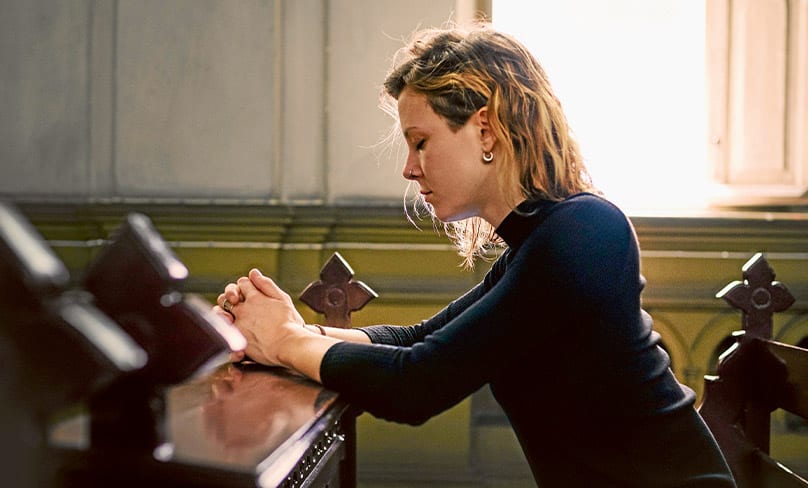 I recently interviewed the developer of Exodus90, a spiritual exercise aimed at Catholic men who want to find spiritual freedom through prayer, ascesis, and fraternity. One thing lots of people wanted to know: Why is this only for men? Why was there no companion program for women?

Although I have mixed feelings about the program in general, I was impressed by his answer to this question. He said that, while “there’s nothing exclusive about prayer or asceticism or community,” the program had been written with men and fatherhood in mind, so he didn’t want to just — boop! — shift it over to women. But people kept pressing him to write up and market a version for women. He said:

“We’re a bunch of men. You don’t want us writing a program for women. So we got a religious order we respected. Their whole mission revolves around feminine identity. We asked them, ‘Would you study Exodus, and if you think this is a model of healing for women, would you write a program, if you feel called to?’

“Six months later, they said they didn’t believe this structure is a model of healing for women.”

I have my own theories for why this may be. Warning: I’ll be painting with a broad brush here, so please keep in mind that my words won’t apply to every last individual human. (I know you’re going to complain anyway, but at least you can’t say I didn’t warn you!)

In general, women are introduced at an early age to the inescapability of suffering, and to the ultimate helpless of humans in the face of nature and before the will of God.

When women hit puberty and realise that menses are their fate for the next 30 or 40 years, they get smacked right across the face with the notion that their bodies are not under their control, and there are larger forces at work in their lives. They learn that, while there may be things you can do to mitigate suffering and helplessness, you won’t be able to escape it entirely, and the best you can hope for is to either replace it with a different kind of suffering, or just to accept it and try to become stronger through it.

(I’m not even going to talk about sex, here. Hey, maybe someone should write a book about that.)

Then if they get pregnant, intentionally or not, the next nine months hammer that lesson home: Your body is not your own. Your life is not your own. What you do affects other people, even possibly fatally. At the same time, this thing that is so very intimate is also very much out of your control. Life can happen within you. Death can happen within you. Very often, there is nothing you can do.

Then comes childbirth, with its unpredictability, its glory and its terror.  Like grandmother Mary Rommely said, “When a woman gives birth, death holds her hand for a little while. Sometimes he doesn’t let go.”

Show me a woman who feels the same about life before and after giving birth, and I’ll show you . . . I don’t know what I’ll show you, because I’ve never seen it.

Then comes raising a child, and learning to live with the idea that every effort you make to nurture this child goes toward the loss of that child. Helping your baby to grow means helping your baby to grow away from you. Every inch of life is an inch toward loss. You’re simultaneously responsible for the life of another human, and forced to accept that you cannot protect them from suffering and sorrow.

Motherhood means understanding they will die without you, and also your whole work is to teach them to live without you. You’re constantly preparing your own heart to be broken.

AND THAT’S JUST HOW IT IS.

Or at least they can know these things, just by paying attention to the things that happen to them over the course of a lifetime.

Do women automatically become wise and self-giving and noble and spiritually mature, just by virtue of their sex? Not that I’ve noticed.

Women are, as we all know, fully capable of strolling through womanhood vapid and selfish and shallow. They can flee from the reality of the suffering and loss that are baked into human life, and many do.

But the thing is, they do have to actively flee from it, because it’s front and centre, inside and outside and all around us, every day.

It’s not so for men.

Don’t get me wrong: Men suffer. Individual men suffer, some at an early age; and manhood presents its unique trials and deprivations. Life asks a lot of men, and without the personal, sometimes brutal sacrifices of men on behalf of people they care for, life would grind to a halt. So you don’t have to start yelling at me about firemen and soldiers and guys who uncomplainingly stand in ankle-deep freezing water while their wives are snugly home in bed.

But, in general (in general! in general!), men must actively choose to take on these sacrifices. They must decide to accept suffering. They must be willing to step into a role where they lay down their lives for other people: To work for other people, to put their bodies in the way of danger, to deny themselves, to take responsibility for their own behaviour. It’s a choice.

And that, perhaps, is why spiritual guides for women are less apt to insist on a lot of regimented self-denial and ascesis as the road to God: Everybody needs it, but men often need a push to go down that road, whereas God has (in general! in general!) already set these things in front of women, and we find Him in learning how to accept them with grace, rather than with fear, anger, and resentment.

So, while I could certainly use some ascesis in my currently rather soft life, I don’t think I really need the lesson that ascesis is meant to teach. I already know it, because I’m a woman.

Well, what do you think? I will readily admit that this is half-baked idea, but every woman I’ve talked to knows exactly what I’m talking about.