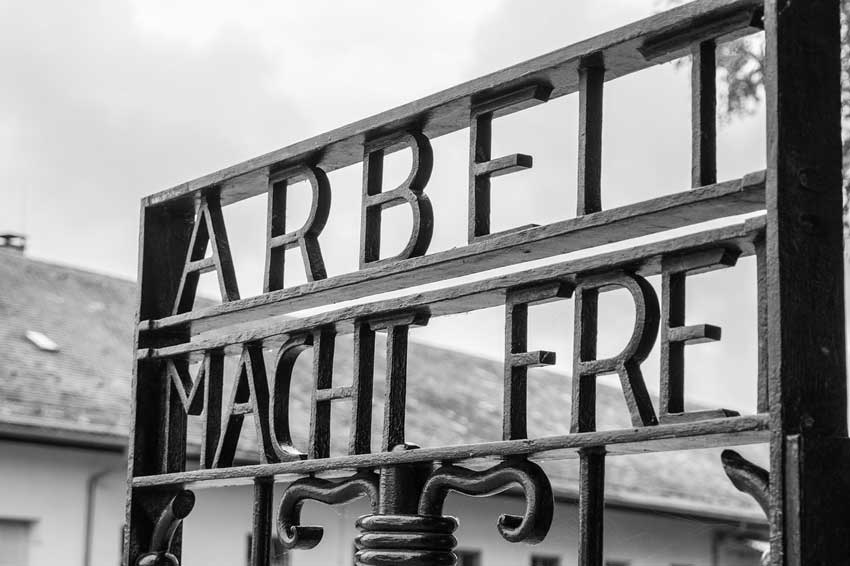 The ‘secret preacher of block 17’ who witnessed to Christ in a Nazi concentration camp was beatified this week in Limburg, Germany.

Blessed Father Richard Henkes was a German Pallottine priest denounced by the Nazis for his outspoken preaching. He died in Dachau concentration camp in 1945 while caring for prisoners sick with typhus.

“The real reformers of the Church are the blessed and the saints,” said Cardinal Kurt Koch at Henkes’ beatification on 19 September. “For we can only achieve the utmost externally, in structural terms, when we are also prepared to strive to achieve our utmost internally, in faith.”

“Love is not without sacrifice,” Koch said.

“The Christian martyrdom is only real if it is realised as the supreme act of love for God and for one’s brothers and sisters.”

From the pulpit and the classroom, Fr Henkes spoke out against the Nazi ideology and condemned the regime’s crimes against human dignity, focusing one homily on their killing of the disabled. Henkes was first denounced in 1937 for one of his homilies, for which he had to stand trial.

In the following years of World War II, Henkes was interrogated and threatened by the Gestapo again and again as he continued to work as a youth chaplain and retreat master.

“Only when God is exalted through us human beings, when we do what Mary did in the Magnificat – Magnificat anima mea: Let God be exalted through my soul – wherever that takes place, there man is not reduced to insignificance, but is given a share in the greatness of God’s love,” the cardinal said.

Fr Henkes was finally arrested by the Gestapo in May 1943 because of the content of one of his homilies in Branitz. He was then imprisoned in the Dachau concentration camp, where he lived in the priests’ barracks, did compulsory labor, and secretly studied Czech with the future archbishop of Prague, Servant of God Cardinal Josef Beran.

Henkes had begun studying the Czech language before his imprisonment, and said that he hoped to continue serving the Czech people as a priest after the war. He secretly preached in block 17 of Dachau, where there were many Czech people.

In late 1944, a typhus epidemic overtook block 17. Fr Henkes volunteered to be locked up with the sick prisoners, so that he could continue to minister to them and care for the dying.

He described the situation in Dachau in a letter smuggled out of the camp through a middleman: “People are dying in masses because they are completely starving. There are only skeletons. A gruesome picture. I have been vaccinated against typhus fever and I hope that the Lord God protects me … However, one thinks of how this will end up here. We can do nothing, we can only rely on the Lord God.”

After eight weeks in the quarantined barracks, Fr Henkes became infected with typhus. He died within a week, on 22 February 1945. Allied forces liberated Dachau concentration camp on 29 April 1945.

Shortly after the end of World War II, Catholics in the Czech Republic began calling for Henkes’ cause for sainthood to be opened.

Last Sunday, Henkes joined the ranks of the saints and beatified priests and religious who died witnessing to Christ amid the inhumanity and horror of the Nazi concentration camps. This includes not only St Maximilian Kolbe and St Teresa Benedicta of the Cross, who both were killed in Auschwitz, but also Henkes’ fellow prisoners in the priest barracks of Dachau, several of whom have already been beatified.

More than 2,500 Catholic priests and seminarians were imprisoned in Dachau concentration camp under the Nazi regime, of which 1,034 died in the camp.

Blessed Michal Kozal — a Polish bishop killed by lethal injection in Dachau in 1943 — was beatified by St John Paul II in Warsaw in 1987.

Blessed Karl Leisner was secretly ordained a priest while imprisoned in Dachau in 1944 by a French bishop also held within the concentration camp. (Bishop Gabriel Piguet was able to obtain clandestine authorisation from Leisner’s bishop before the ordination.) Leisner died of tuberculosis shortly after celebrating his first Mass.

Fr Leisner was beatified, along with Fr Provost Lichtenberg, by St John Paul II during his visit to Berlin in 1996.

Blessed Fr Engelmar Unzeitig, who also died in Dachau while caring for sick prisoners infected with typhus in 1945, was beatified in Germany in 2016. Fr Unzeitig wrote in a letter from the concentration camp: “God’s almighty grace helps us overcome obstacles … love doubles our strength, makes us inventive, makes us feel content and inwardly free.”

“If people would only realise what God has in store for those who love him!”