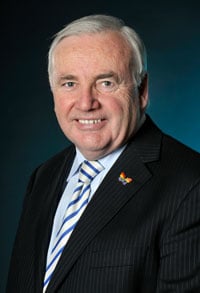 has today announced his intention to retire from the role as of Easter 2019.

After ten years of loyal and dedicated service, Dr White intends to focus his time and energy on other pursuits that allow him flexibility and more time with family.

He has given tireless leadership to the Archdiocese of Sydney and the broader Catholic education community across Australia.

Since his appointment in 2009, Dr White has overseen the growth of SCS into a system boasting 152 schools and over 70,000 students. His focus has always been on Catholic mission and identity as well as improving quality teaching and learning for students enrolled in SCS.

His advocacy for all regardless of background or ability, is testimony to his commitment in making a difference for students across the Archdiocese.

Dr White’s connection with classroom teachers and passion for leadership, are hallmarks of his time as Executive Director and he has always remained a hands-on leader ensuring that he walked alongside his people.

Prior to his appointment, Dr White was the Director of Catholic Education for the Archdiocese of Hobart for six years. He has also served in senior leadership roles as an Area Administrator in the Diocese of Parramatta and as School Consultant in the Diocese of Bathurst. 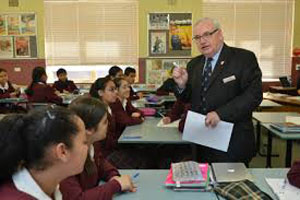 His teaching experience embraced a number of Catholic primary schools in Western Sydney where he was a primary principal for nine years.

Dr White has written extensively in the areas of scriptural scholarship and collaborative leadership. He is the co-author of six educational resource books focusing particularly on higher order learning and thinking strategies.

Dr White has represented Sydney on the NSW Catholic Education Commission and is a member of the SCS Trust Board.