To win one of 2 double passes to see School of Rock at The Capitol Theatre, send your name, email and postal address to [email protected] and put “Rock” in the comments section. Good luck!

At just 12 years of age, Olivier Alkhair is considered a veteran of the stage.

He has appeared in some of the country’s biggest-budget productions including Kinky Boots, Charlie and the Chocolate Factory, Bonnie and Clyde and Oliver and is about to star in the Sydney season of School of Rock which opens this Friday night.

He said the show – which follows a failed, wanna-be rock star who decides to earn an extra bit of cash by posing as a music teacher at a prestigious school and turning a class of straight-A students into a guitar-shredding, bass-slapping mind blowing rock band – was one he had always wanted to perform.

For Oliver, his hectic school, sport and performing schedule can get a little gruelling. But after many years of performing on stage he has managed to balance his study with his musical commitments.

According to his parents, Oliver has been performing “his whole life” incredibly writing his first musical production ‘Just Spook’ at the age of 7 which was performed by his school.

He says being on stage is in his blood and something he wants to spend a lifetime doing.

“I really do love everything about performing, it’s just so much fun,” he said.

“I am pretty busy, especially when we are rehearsing a new show cause I have to fit it in with my trumpet, French horn and swimming lessons as well as school but we all just make it work.

“My family are great, they drive me around so I can fit everything in, which I do appreciate.

“Being in the entertainment industry is what I want to do when I grow up – both on stage as well as directing, so being able to do this at my age is really special.”

Oliver’s siblings share his passion for the stage with older brother Alex, 14, a student at The Cathedral School and younger brother Elijah, 8, also at the Panania school appearing in leading musicals.

The youngest in the musical family Charlotte, 5, is also well on her way to a future on the stage. 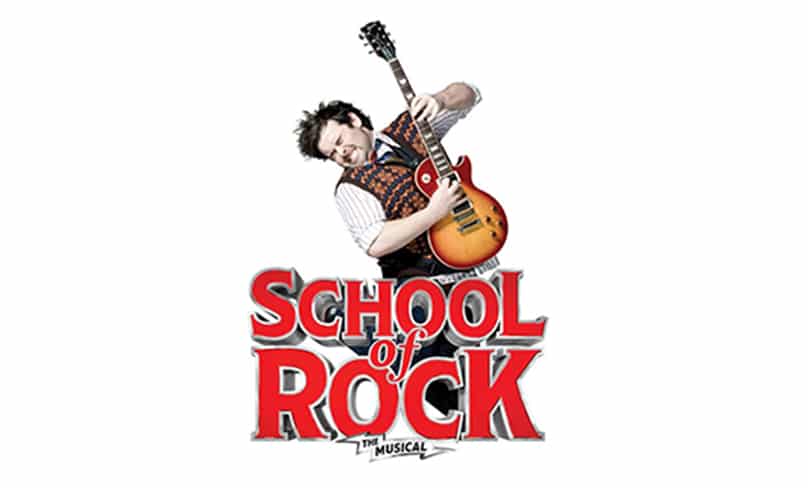 Principal at St Christopher’s Jamie Wahab said Ollie, and indeed his siblings, had always had a passion and immense talent in drama.

“It takes a special skill to be able to write and direct a play in Year 3 and so we were not surprised to see him star in so many productions since then,” he said.

“Thirteen of us went along to watch Ollie in Charlie and the Chocolate Factory – what an amazing performance!

“At St Christopher’s Panania we are passionate about providing opportunities for students to shine in all of the domains of learning. We are so proud that Ollie is already gaining a reputation as a star of the theatre at such a young age.”

School of Rock opens at the Capitol Theatre this Friday night. For tickets go to https://au.schoolofrockthemusical.com/tickets/