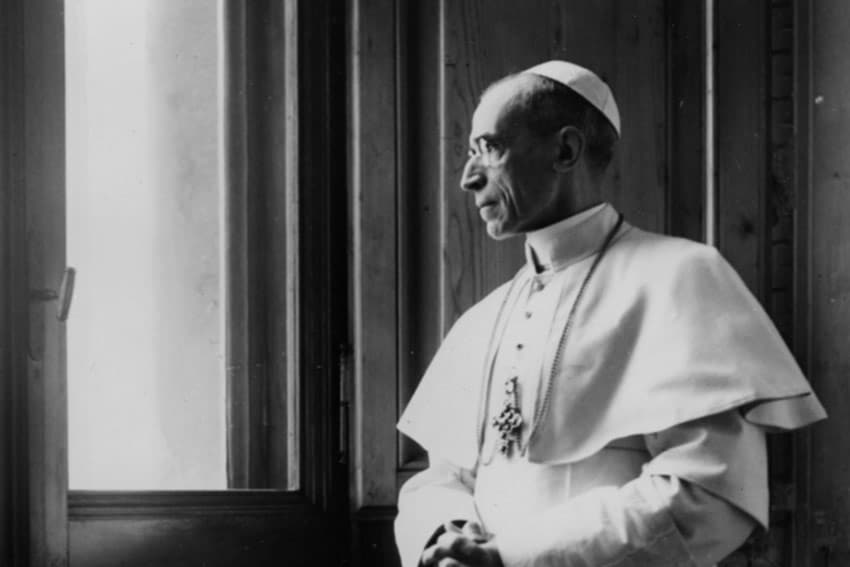 Pope Pius XII was a saintly man of “integrity and courage” whose reputation as a Nazis sympathiser has been entirely “fabricated,” according to Sydney barrister Kate Guilfoyle.

Ms Guilfoyle, who was admitted to the Sydney Bar in 1991, began researching the much-maligned pope after she came across evidence of “incredible praise” of him from Jewish leaders who witnessed his actions during the War.

She was struck by how conflicting such evidence was with the story perpetuated by the mainstream media and so-called scholars, who claim the war-time pope had remained silent as the Jews were persecuted by the Nazis.

“There is a quote from Albert Einstein where he praises the Catholic Church as the only people who spoke up [against the Nazis], and also Golda Meir, the Israeli delegate to the UN, who had said when Pius died in 1958 that he had been a voice of moral truth,” Ms Guilfoyle told The Catholic Weekly.

“I also found a Catholic blog a newspaper item stating that in 1955 the Israeli Philharmonic Orchestra gave a private concert for Pope Pius at the Vatican’s consistory hall in gratitude for the help the Church had given to the Jews during the War. There were people in the orchestra who had suffered persecution and they particularly asked for the concert…. It was quite significant.”

Her research led her to read the autobiography of Rabbi Israel Zolli, the Rabbi of Rome during the Nazis occupation.

In carrying out her research, Ms Guilfoyle says she concentrated mainly on Jewish historians who had lived through the War themselves. One such Jewish historian, Pinchas Lapide, who had been the Israeli diplomat to Milan, estimated that the Catholic Church had saved between 700,000 and 860,000 persecuted Jews during the Holocaust.

“He wrote a book defending Pius and he called the Vatican the smallest state on earth that was standing up to Hitler. He also detailed the rescue campaign under Pius’ leadership, and the Catholic priests and nuns and the monasteries and people who were hiding Jews.”

“He said the number rescued [by the Church] was greater than that of all the Western powers combined.”

After the German high command in Rome ordered all the Jews in the city to be rounded up, Ms Guilfoyle says a huge number of Jews were hidden in monasteries, convents and even in the Vatican itself, within 24 hours.

“There were 400 Pallotine Guards who suddenly were Jewish, walking around in Swiss Army outfits.”

She said even the Pope’s bedroom was used as a birthing chamber for the Jews.

The label “Hitler’s Pope” was first applied to Pius by Stalin in 1945, as he considered the Catholic Church to be the greatest threat to his power in the Soviet Union.

However, the myth of Pius’ silence didn’t really gain momentum until a German play was released in 1963 called ‘The Deputy,’ depicting the Pope as a Nazi sympathiser.

Ms Guilfoyle says there is not a shred of evidence to support the defamatory view of Pius, which still has a strong hold among people today. She finds great hope however in the fact that the internet has made accessible to the public numerous historical documents proving how much Pius and the Catholic Church actually did to help the Jews. A website called Pave the Way Foundation (www.ptwf.org) is particularly helpful, she said, as it contains some 76,000 pages of documents relating to Pope Pius.

Ms Guilfoyle has written a manuscript detailing her research on Pius, which she hopes to have published in the near future, as a way of helping to set the record straight. 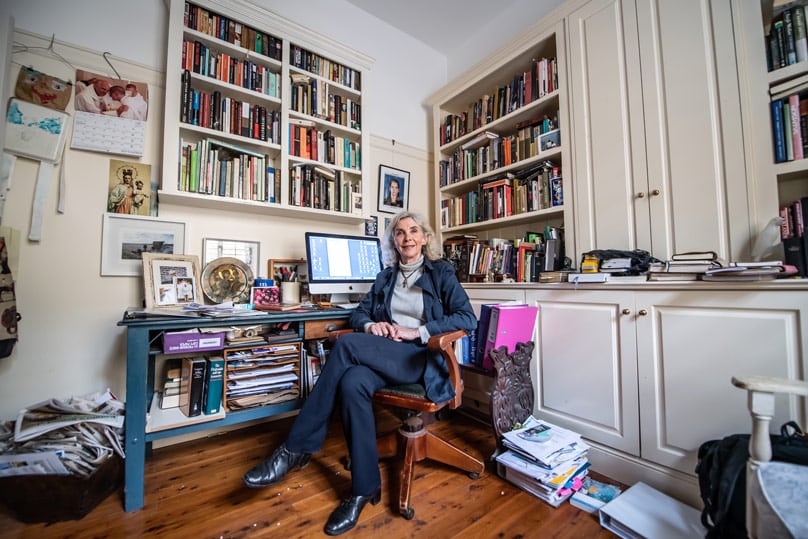 “I would like to see Pius’ reputation regenerated so people can actually recognise what an incredible person he was and also that Catholics can read the history of their Church and read about these people and be proud of them.”

“Because it wasn’t just him, it was thousands of ordinary priests and families who sacrificed themselves… it was so selfless and heroic, that they helped the Jewish people, because they recognised fellow human beings worthy of saving.”

“This is a man who was an incredible person of integrity and courage. There was a plan by Hitler to kidnap Pius, he was such a threat to Hitler, and Pius knew it. He wrote a letter saying he would resign if he was captured so they could go to Portugal and elect a new pope.”

“He was willing to die to save the people from Nazism. I think he’s an amazing figure of courage.”