At 22, Colin Sutton chose the Church and became a Catholic. At 36 he was diagnosed with terminal cancer and given just three months to live.

After a recovery he described as miraculous he encountered the Catholic Charismatic Renewal movement and went on to become the founder of the Disciples of Jesus Covenant Community, one of the burgeoning new movements in the Church in Australia that is young, energetic and growing.

Mr Sutton passed away on 21 February, but his legacy can be found across Australia.

In cities across the nation, groups of committed Catholic Christians come together every week in Disciples of Jesus communities to pray and deepen their experience of the Christian life and discipleship.

At least one religious institute, the Missionaries of God’s Love, which features both men’s and women’s arms and has no problem attracting vocations to the priesthood and religious life, is a fruit of the Disciples communities.

Meanwhile, the Disciples’ Youth Mission Team, a vibrant youth ministry that has operated in Catholic schools across Australia for three decades, is also a Sutton legacy.

When the history of the Church in Australia in the 21st century comes to be written, it’s entirely possible Colin Sutton will be regarded as a key influence – an example of what can happen when a layman chooses to live his faith with courage, daring and determination

Tributes flowed at Holy Name, Wahroonga on 26 February for Colin, who passed away on 21 February at the age of 82.

Hundreds filled the parish for the requiem mass to farewell the layman who had made such a significant and historical contribution to the Catholic Church in Australia throughout his lifetime.

Among the concelebrants were Fr David Ranson, parish priest of Holy Name and Vicar General of the diocese of Broken Bay as chief celebrant, together with Archbishop Julian Porteous of Hobart, Fr Ken Barker, Moderator of the Missionaries of God’s Love and Fr Steve Fletcher MGL from the Archdiocese of Canberra-Goulburn.

Two eulogies at his funeral paid tribute to the two enduring achievements of Colin’s life – his family and his faith.

His eldest son Matthew honoured his father as a wonderful family man, a “peacemaker and problem solver” who came from a broken home but trove to give his large family what he himself never had.

Matthew lauded Colin’s love for his wife and dedication over six decades of marriage and recognised his commitment to his faith that was grounded in the simple things of life.

He described his father’s working career that covered years as an accountant, time in the Air Force, a successful venture in real estate and then, finally, working for the Disciples of Jesus Community.

Matthew noted that his father left a lucrative position in the property industry to take a leap of faith and work full time to cultivate his dream of a committed Catholic community that would have a transformative impact on the Church and the world.

The second eulogy was delivered by Reg Firth, leader of the Perth branch of the Disciples of Jesus Covenant Community who came from Western Australia to farewell his friend and brother in Christ.

Reg highlighted Colin’s rich faith and explained how Colin’s generous response to the calling of God built something extraordinary and enduring in the life of the Church, and over many decades has blessed countless lives.

He explained that what began as a group of families under Colin’s direction seeking to live a committed and dedicated Catholic life has grown by God’s grace into an ecclesial community with branches in almost every state of Australia as well as in the Philippines, Papua New Guinea and Indonesia.

Despite his great achievements, Reg described Colin as a simple man who was “visionary, focused, humble and loyal”.

From the early days of being a small gathering of families seeking to live a faith filled life together, the Disciples of Jesus has grown to be recognised as a Private Association of the Christian Faithful of Pontifical Right and is a member of the worldwide Catholic Fraternity of Charismatic Covenant Communities and Fellowships with representation in the Vatican.

Covenant communities see members enter into a formal faith commitment, or covenant, the highest stage of which is lifelong.
Tim Kirk, current leader of the International Council of the Disciples of Jesus Covenant Community, paid tribute to the original vision and courage of Colin in founding the community.

“Colin could not have known all those years ago that his enthusiastic ‘yes’ to God would bear so much fruit, establishing a legacy that continues to be a source of growth and blessing for the Church that he loved,” said Tim. “His ‘yes’ enabled our ‘yes’, and with the help of the Holy Spirit, continues to shine a light on the mysterious joy of a life lived open to God.”

Numerous works of evangelisation have sprung from the community founded by Colin Sutton, including the Youth Mission Team Australia, which Colin established in 1986 after becoming convinced that young Australians could be given real opportunities to encounter Jesus Christ.

This year YMT is celebrating its 30th year of service to the Church operating as a non-profit charity based on the concept of peer-to-peer ministry. It is widely recognised as one of the most experienced, successful Catholic youth evangelisation organisations to be produced in this country.

Operating as a ministry of young men and women who have usually deferred career or tertiary studies to dedicate 12 months to serving full-time as youth ministers in schools and parishes, the YMT aims to empower young people to live life to the full through personal relationship with God and a revelation of their own worth.

Colin’s original vision for the operation of the YMT is still in place today and involves members committing to live a radical, common life of prayer, simplicity and mission in shared households.

Steve Toohey, national director for YMT Australia and a man who had a long association with Colin, said that not only did Colin have a big dream to see young people encounter the Gospel, but that this was matched by his ongoing care and concern for the 387 team members who have dedicated a year or more to serving voluntarily in this ministry over the last three decades.

“As founder of YMT, Colin has been directly responsible for the personal and spiritual transformation of literally hundreds of thousands of young people throughout Australia,” he said.

The Disciples of Jesus, who are – in-part – unique for being founded and led by laity, was also the setting for the foundation of a new form of consecrated life in Australia in the form of the Missionaries of God’s Love, now an official religious institute following Vatican recognition in 2014.

The MGL were founded in 1986 by Fr Ken Barker, a member of the Disciples of Jesus Community who joined with other young men in the community seeking to become priests but wanting to remain members of the Disciples.

Today, the MGL numbers 24 priests, six deacons expected to be ordained in the near future and two permanent brothers. Meanwhile, more than 30 men are currently in formation in Canberra and Melbourne, with another eight in formation in Manila.

The MGL priests and brothers are one of only a few religious congregations established in Australia by Australians to be formally recognised by the Vatican. An MGL Sisterhood also exists and is located in branches of the Disciples of Jesus Community in Canberra, Melbourne and Sydney.

There is no doubt that, as with any new religious initiative, the establishment, nurturing and growth of the Disciples brought with it great moments of suffering and – occasionally – uncertainty. However it is also clear that for Colin Sutton it was all well worth it. By the time he passed away on 21 February Lent was already well underway for 2016.

In the Christian life, Lent is the time of preparation for the victory of God’s love over death, sin and evil at Easter. In that sense, Lent is a very good time to be born into eternal life. Because of Colin Sutton’s Easter faith, the church in Australia – and its future – are the clear beneficiaries of the lifelong love affair with God that was his life.

Holiness: when nothing – and no one – else will satisfy

10 reasons you should visit your church today 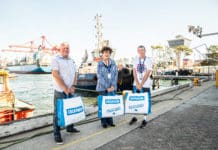 Seafarers have a mate in a Sister

Simcha Fisher: Emotions not the same as faith

Simcha Fisher - May 31, 2020
Feeling guilty about not feeling devastated without Mass? It's been a long, dry spell. Many Catholics have never gone this long without receiving the Eucharist...

Covid-19 and Pentecost: a pastoral from Archbishop Anthony Fisher OP