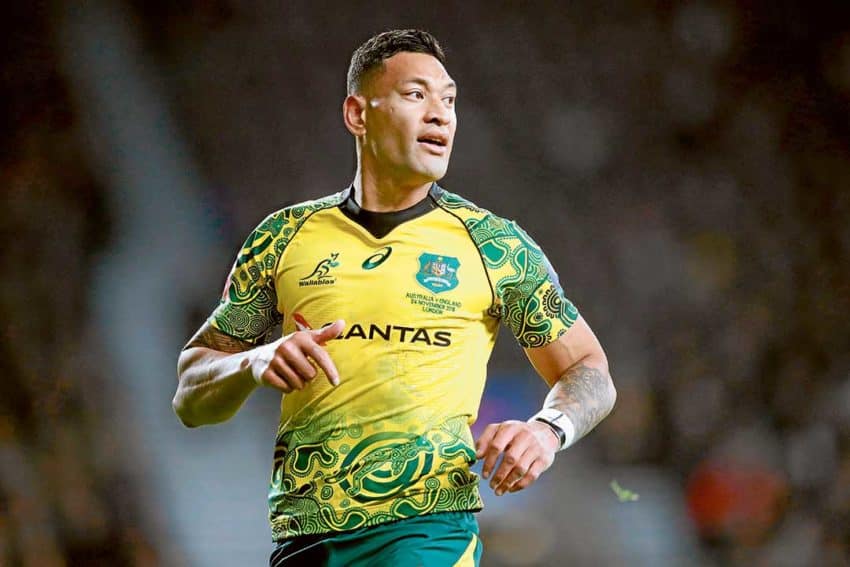 Without very much fanfare, a very significant bill was tabled in the NSW Parliament last week.  The Anti-Discrimination Amendment (Religious Freedoms and Equality) Bill 2020 was introduced by Mark Latham MLC and, if passed, offers the most meaningful protections to people of faith in this state in recent memory.

It may come as a surprise to many, but it is not illegal to discriminate against someone in NSW on the basis of religious belief or activity.  A priest who was denied service in a café because he was a priest would have no claim in current anti-discrimination laws, nor would any Catholic (or Anglican or Muslim or Jew) for that matter. If the same café turned away a person on the basis of their age or sex or race or disability, then the one turned away would be able to seek recourse for the discrimination suffered.

Vilification on the grounds of homosexuality or transgender status is prohibited under current anti-discrimination laws; religious vilification receives no such protection.

Deafening silence the only response to Ruddock recommendations

There is an objective imbalance, with people of faith receiving far fewer protections than others in our community at risk of unequal treatment. This was clear to those involved in the Ruddock Religious Freedom Review that handed its report to government two years ago; it recommended that NSW change its anti-discrimination laws to address this inequality. Mr Latham’s bill breaks the deafening silence of government’s response.

For all the time it has taken to get something to happen, the Bill is actually just a whole lot of common sense.  It protects people of faith against discrimination while also recognising that – in order to exist – religions have to be able to exclude some ideas and activities from their realms.  A religion would be meaningless if every idea was treated as equally valid; equally true.

As Federal Attorney-General Christian Porter said late last year, “where we seek to protect people from being excluded because of their religion, we equally recognise that for religion to exist at all; religious bodies must be able to maintain a chosen level of exclusivity to their premises or composition or services… a religious school may admit students of many faiths or it may prefer students only of its own faith; but that discretion is not viewed by other faiths as discriminatory because they understand and accept its existential importance to all faiths.”

The Bill does just that, providing protections such as allowing a religious retreat centre to refuse a booking for a conference where attendees would be taught about pagan rituals. On a practical level, this would provide protection for places like the Benedict XVI Retreat Centre and ensure that our courts don’t do what the Victorian courts did when they ruled that a conference centre called Christian Youth Camps had to accept a booking for LGBT teens that would approve of same-sex sexual activity.

The Bill would protect an employee against being forced or pressured into wearing company-issued pride paraphernalia, and also allow that employee to wear religious dress and symbols, providing doing so does not inhibit the person from performing legitimate employment requirements.  It would also protect them from having to participate in activities that went against their beliefs.

“This is a commonsense bill that is long overdue”

It would ensure that an employer or professional accreditation body could not fire or take other disciplinary action against an employee for a religious belief expressed on social media when it had nothing to do with the company for which they worked. This would not only solve the Israel Folau case, but the case of so many others who did not receive the same publicity yet found themselves punished for declaring a view on abortion or euthanasia or traditional marriage or gender ideology, like we saw happen with Dr Jereth Kok just recently.

And it would ensure that religious institutions did not have to comply with progressive agendas in order to be eligible for government contracts, as we have seen happen in countries like Canada, which required non-profit entities to sign a document endorsing abortion before being permitted to participate in a government-sponsored internship program.

As I said, it’s a common sense bill that is long overdue, and it is hard to see how anyone except the most hardened of secularists could oppose it.

“Workers must be able to be hired and promoted without regard to matters of faith. They must be able to freely express their religious views away from the workplace. Professional people should not be forced to abandon their faith, the very basis of their existence, in the conduct of their duties. Religious organisations must be able to publicly hire venues, run events and organise charities, schools and clubs without prejudice. Our society should be free of discrimination against people on the basis of their faith or non faith.”

Can I get an Amen?