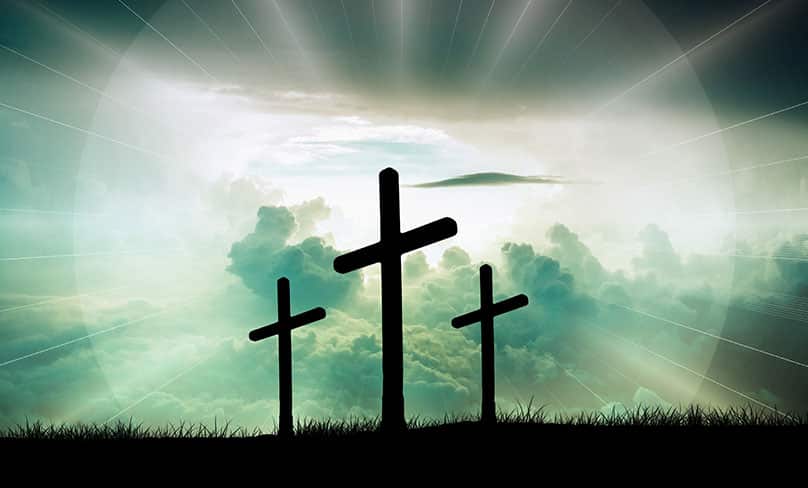 “Dear Father, I once read that in the early Church the week after Easter was like one continuous feast in the Church. Can you tell me something about it?”

The feast of Easter was, and always will be, the most important feast of the liturgical year. It is the Feast of Feasts and in the early Church the celebration lasted all week.

Although the practice varied from place to place, most people abstained from their usual work all week and attended church services each day.

Many went to all three services that at the time of the Roman Empire were held each day in the morning, noon and night.

In France priests celebrated two Masses each day during Easter Week and a ninth-century Spanish missal has three Mass texts for each day of the octave.

Gradually the Church reduced the obligatory attendance at Mass to four days and in 1094 it was reduced to three.

Since 1911 even Easter Monday is no longer a holyday of obligation, although it remains a public holiday in many parts of Europe, both Catholic and Protestant, as well as in other countries of Christian tradition.

Because those who were baptised in the Easter Vigil put on new white linen garments and wore them all week, Easter Week was called “White Week” in the West and “Week of New Garments” in the East.

Throughout the week the newly baptised, wearing their white garments, stood close to the altar at the services and every day the bishop would address them with special instructions after the others had left.

On the Sunday after Easter the neophytes, as they were known, attended Mass clothed in their white baptismal robes for the last time.

Related article: The evolution of Lent

This led to this Sunday being called Sunday in albis, in white garments, or “Sunday in White”.

At the end of the Mass the bishop solemnly dismissed the neophytes from their place in the sanctuary near the altar, and from then on they wore their ordinary clothes to Mass.

In English this Sunday was also called “Low Sunday”.

The name arises from the custom of counting the octave day as belonging to the feast, so that the celebration of Easter lasted eight days.

The primary day, Easter Sunday itself, was called “high” and the octave “low”.

Another feature of Easter Week to this day is the use of the sequence Victimae Paschali Laudes, (Praise to the Paschal Victim).

Sequences originated in the tenth century and were recited before the Gospel in Mass.

The sequence Victimae Paschali Laudes was written around the year 1030 by the priest Wipo, court chaplain of the Emperor Conrad.

It soon became part of the official text of the Easter Mass and was used on each day of Easter Week.

Today it is recited on Easter Sunday and it may be used on the weekdays of the octave.

It is interesting that some lines of the sequence became the inspiration for the miracle plays that soon were being performed all over.

The lines ask Our Lady what she saw after the Resurrection of Christ: “Tell us, Mary: say what thou didst see upon the way.

The tomb the Living did enclose; I saw Christ’s glory as he rose! The angels there attesting; shroud with grave-clothes resting. Christ, my hope, has risen: he goes before you into Galilee.

That Christ is truly risen from the dead we know. Victorious king, thy mercy show!”

To these words were added other phrases from the Scriptures and the play was presented with great devotion before a shrine of the Holy Sepulchre on Easter Sunday morning.

It was called the “Visit to the Tomb”. The clergy dramatised the scene of the Gospel that tells of the visit of the holy women to the tomb, with two young clerics in white representing the angels.

At the present time the weeklong celebration of Easter is seen in the antiphon “This is the day which was made by the Lord: let us rejoice and be glad, alleluia” from Psalm 118, which is recited in the Divine Office each day of the octave.

It is also seen in the phrase “this day”, referring to Easter day, in the first Preface of Easter, in two special prayers in the first Eucharistic Prayer and in the “Alleluia, alleluia” after the dismissal at the end of Mass, which are used throughout the octave.

So the octave of Easter was and continues to be indeed special.