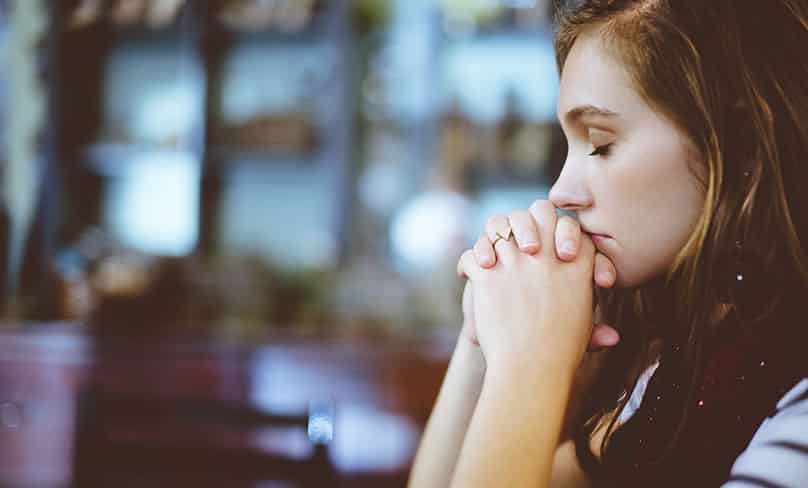 Anna Hitchings (‘For want of a lot of good men’, Catholic Weekly, 2 May 2019) has Biblically left the best till last. I will start where she finished:

“… if you shift your aim to perfecting the life you have, rather than chasing after the one you imagine, you won’t lose your way. For where your treasure is, there is your heart also.”

Exactly. Seek the Kingdom first, and you will be given everything else you need.

I am less charitable than Anna, so I will just say it: some young Catholic women feel entitled to a spouse ordered and delivered like an Amazon parcel. Ladies, your future husband probably isn’t going to be handsome, articulate, witty, and wealthy, with the spiritual leadership qualities of the average pontiff and a Rosary habit that would put the Fatima children to shame.

I hear young Catholic men express frustration at being thrown over or friend-zoned by eligible girls because they don’t yet have a job that pays ‘enough’, or because they are a budding tradie rather than a university graduate.

Other alleged shortfalls include lack of tallness, hair, chattiness, sociability and muscle. (The resentment and anger that often accompanies this is also a tad off-putting.)

Related article: For want of a lot of good men

It’s possible that most young Catholic men and women aren’t married yet because God is very merciful. He knows they have serious things to deal with before they get married.

People who fear being single – to the extent that they throw away their faith to get married – have turned marriage into something that it isn’t.

It’s not unlimited sex with a perfect partner who massages your feet and teaches your children Greek declensions while you create homespun objects for sale at the local artisan market.

Catholic marriage may end in desertion, divorce, and no guarantee of annulment. I could give you a similar list for Catholic single life, priesthood, and consecrated religious life. Catholic life certainly has its ups and downs, no matter where you find yourself in God’s vineyard.

The whole ‘will of God’ thing, in terms of marriage, desperately needs an overhaul of common sense. I’ve seen young people tie themselves in knots over this, which I am sure is not God’s will for them.

I can tell you exactly what God’s will is for you. It’s your salvation: that you find Him, have a relationship with Him, and eventually get home to Him. How you get there is largely up to you – it’s choose-your-own-adventure, using your free will. God is omnipotent, so He writes the story around your choices, both good and bad.

Give God credit for some intelligence and kindness. If He wants something super-special from you, like consecrated celibacy or marriage to a very specific person, He will make that clear to you. He hasn’t hidden it somewhere, planning to damn you for all eternity if you fail to dig in exactly the right spot on the archaeological site of your life.

Most people choose to get married; a natural state that’s been raised to a sacrament. The desire for marriage and parenthood is written deeply in the human heart – so much so that it takes daily fidelity to grace to embrace a different state of life, and a Christian who doesn’t fulfil it physically should fulfil it spiritually.

But human marriage is not necessary for your salvation. Catholics have never believed that, and hopefully never will. Personally, I ended up single through choices, good luck, and the grace of God. It took time to accept it, but I’m hugely grateful for it, and God is working with me every day on this.

One of my spiritual jobs in the last five years has been accompanying practising Catholic women whose marriages were falling apart. All these women got married at nuptial Masses in a haze of confetti and Familiaris Consortio.

All these women have experienced profound shame and grief, and the temptation to patch things up for the sake of appearances or ‘the children’.

Most painfully, they feel the loss of their Catholic friends to rash judgement, blame, and the atavistic fear that divorce is contagious. One told me wryly that she believes the Church’s preferred way of dealing with divorced people is to give them all annulments so they can remarry as quickly as possible.

So what can these women do? What they’ve always done – continue to seek the Kingdom first in their everyday life. I’ve watched as God has given them everything they need. Their lives are a beautiful and potent witness of the providence and tender love of God for the broken-hearted.

If they can do it, so can you. Try it and see. You might find that if you seek the Kingdom first, you really do get everything else that you need. For where your treasure is, there is your heart also.