My last piece on women deacons caused a bit of a flutter on Facebook. It was mostly civil; only one person was called an idiot, and it wasn’t by me. But it showed some interesting things about the Church today.

Bishop Richard Umbers recently asked the Plenary Council to focus on ecclesiology – the study of what the Church actually is. Without a common understanding, we can’t have these discussions.

The Church is a divine institution

It’s clear that some Catholics think the Church is just a human institution. So it’s quite logical to ask why women can’t be ordained.

After all, every other human institution – parliament, banks, the law – is now open to women on equal terms. If the Church is just a human institution, why bar us from holding any position?

“No human institution could last 2000 years with the poor decision-making, bad judgement, corruption and human weakness that’s been very evident in the Church’s history.”

The Church is a divine institution, founded by God Himself when He lived on earth with us. Its continued existence is guaranteed by God Himself, thank goodness, because we’re pretty hopeless.

Evangelical Protestants who read early Church documents have a habit of becoming Catholics, because they can recognise very quickly the only modern Church that still acts and believes like the early Church. 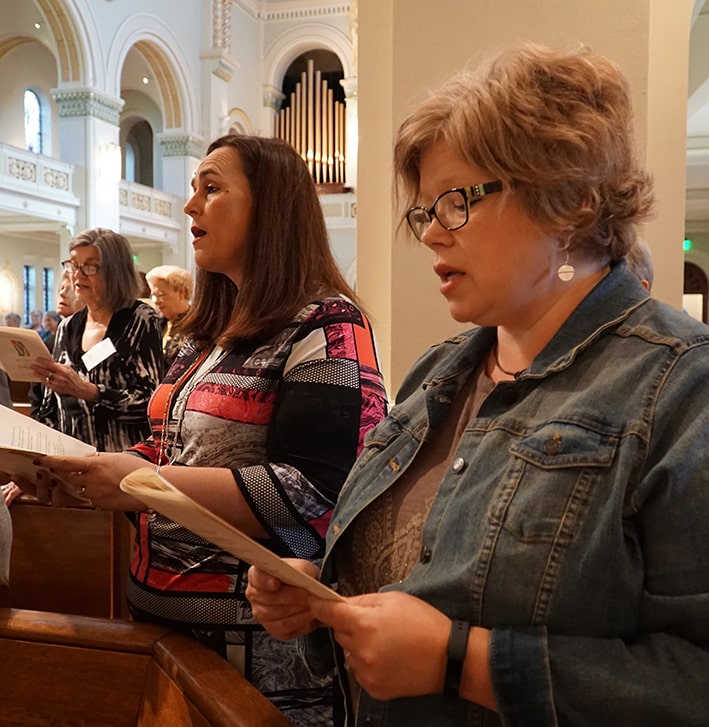 None of this included women doing what St Paul describes in 1 Corinthians 11. Jesus did other radical things, but He didn’t do this. The Church doesn’t have the power or authority to make major changes to what it was taught by God Himself, precisely because it’s not a human institution.

We have to work with what we’ve got, or we cease to be the Church and become a merely human institution.

The second thing I noticed was the idea that priests make all the important decisions in the Church. I suppose it depends on what you think is important. If you see this in purely human – and male and clerical – terms, then it looks like clergy have all the aces.

But the two most important decisions in Church history were both made by women. They literally turned history around – one in the wrong direction, and the other in the right.

the two most important decisions in Church history were both made by women.

Women also make countless critical decisions every day that shape the Church, especially as they are the primary childrearers in many families. This is before we even get near their roles as religious superiors, teachers, spiritual directors, mystics, tireless fundraisers, writers, theologians, and CEOs.

It’s very hard to talk about so many issues when we don’t know what the Church is, and what it can and can’t do. It’s critical we go back to ecclesiology, and rediscover what we’ve forgotten.