It looks like Pope Francis not only reads The Catholic Weekly, but reads my column. Just two weeks ago, I said that he was planning to amend access to the Latin Mass, but I said he never does anything quickly.

And he whipped out his pen and signed the new Motu Proprio Traditionis Custodes with a flourish, and had a small glass of sherry afterwards to celebrate. Seriously, I’ve read the Motu Proprio, and it’s straightforward.

Bishops can determine how the faithful access the Latin Mass in their own diocese. Priests no longer have universal permission to say the Latin Mass, but can ask for permission.

But the Pope’s letter to the bishops explaining why he’d done this was interesting. What stood out for me were three things. They all concern the Novus Ordo.

“I deplore the fact that ‘in many places the prescriptions of the new Missal are not observed in celebration, but indeed come to be interpreted as an authorisation for or even a requirement of creativity, which leads to almost unbearable distortions’.”

The first thing is that Pope Francis says that he is “saddened by abuses in the celebration of the liturgy on all sides.”

You can say that again. In fact, Pope Francis does.

“I deplore the fact that ‘in many places the prescriptions of the new Missal are not observed in celebration, but indeed come to be interpreted as an authorisation for or even a requirement of creativity, which leads to almost unbearable distortions’.”

He called on the bishops to “be vigilant in ensuring that every liturgy be celebrated with decorum and fidelity to the liturgical books promulgated after Vatican Council II, without the eccentricities that can easily degenerate into abuses.”

The second thing is that if the Novus Ordo had been celebrated as the Council Fathers intended, no one would be interested in the Latin Mass.

We’ve suffered through 50 years of unbearable distortions, eccentricities, and abuses of the Novus Ordo. This is my entire lifetime (we were born in the same year).

The Latin Mass movement was accidentally kickstarted by priests who leapt into the Novus Ordo like frustrated cabaret artists, thrilled to act out their own internal dramas on the sanctuary.

They were enabled by weak bishops who either encouraged this nonsense, or who refused to love them like fathers and discipline them.

The same bishops treated 50 years of lay complaints about liturgical abuses with contempt.

The bewildered generation that endured this has now died out.

Their children – the Boomers who turned our parish churches into extensions of their lounge rooms – are now half-way through dying out.

The third thing is that limiting access to the Latin Mass will not make anyone stop abusing the Novus Ordo. That will take committed, courageous, and loving bishops.

“We – here and now – are only custodians of a much, much longer, deeply sacred heritage and tradition. It’s our duty to safeguard all of it and to pass it on to our children.”

It will also take strong young lay Catholics with large families who vote with both their feet and their hip pockets.

So I welcome the Motu Proprio and the letter to bishops. They’re a great opportunity to start talking about how to reform the celebration of the Novus Ordo.

In the meantime, getting the new Mass to be celebrated reverently has been part of the 50-year Cold War for Vatican II that you’ve been involved in, perhaps without knowing.

Those on the side of the Council (reading Vatican II’s Sacrosanctum Concilium and the General Instruction on the Roman Missal) will know that the Novus Ordo was meant to be reverent, simple, beautiful, and powerful.

It was meant to draw people closer to God who is really and truly present in the Blessed Sacrament at every single Mass – He Who comes down from Heaven. It was meant to help us blossom as a Church and to evangelise the modern world.

There was no licence for leavened bread, sparkling wine, card-table altars, clowns, girls in leotards, clay goblets, self-communion, dad jokes, anodyne hymns, lay consecrations, felt banners, cocktail lounge music ministries, dialogue sermons, improvised theatre, or actual theatre. (I am sure you can come up with your own list, based on your own unhappy experiences.)

The liturgical books of the Catholic Church are wonderful things. You’ll find that they’re printed with all the spoken bits in black, and the instructions to the priest in red.

The best rule for any priest in any situation is to ‘Say the black, do the red’. It’s a simple phrase that’s easy to remember.

We’ve messed this up because we stopped thinking of the Mass and the Church as something where we are only custodians for a generation.

We are all familiar with Aboriginal spirituality and the idea of people being custodians of a sacred site or object. It’s the same in the Catholic Church.

We – here and now – are only custodians of a much, much longer, deeply sacred heritage and tradition. It’s our duty to safeguard all of it and to pass it on to our children.

“Pope Francis has exercised his right as pontiff to decide the status of what used to be called the Extraordinary Form of the Roman Rite.”

But people whose agenda was ‘the spirit of Vatican II’ decided it was the other way around. They decided they owned the Church, and they could do whatever they liked with it.

They were quite happy to have lots of fun, and to leave the mess for future generations to clean up.

I’m certain they sincerely thought they were doing good, every step of the way. People usually do think that, even when they’re horribly wrong. But the long, long, Boomer adolescence is finally almost over.

Adolescence is a good way of looking at it. We’ve all encountered the inwardly-gazing parishes, the sacrosanct hurt feelings, the boundary-testing on the sanctuary, the perpetual pout over Humanae Vitae and male authority and clericalism. It’s time we started acting like adults about the Church and about the Mass.

Pope Francis has exercised his right as pontiff to decide the status of what used to be called the Extraordinary Form of the Roman Rite.

Now we will have to start confronting abuses of the Novus Ordo.

We can’t blame the Latin Mass crowd for those abuses. They were staying away in droves. We can only blame ourselves. 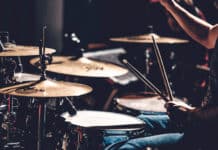