I promised you some joy this week. But bear with me – it’s all connected with why Catholics need to be different, and why personal sin and repentance is a key part of this.

Instead, they created what psychologist Dr Omar Minwalla calls the ‘secret sexual basement’. When you read interviews with clergy sexual offenders, they aren’t sorry for what they did. They’re sorry for getting caught.

There’s no such thing as a sin which ‘doesn’t hurt anybody else’.

They abused the vulnerable and lied about it. They never mentioned it in Confession. They never admitted it to priestly colleagues at all unless they were co-offenders. Many spent decades denying accusations. When the accusations were proven, they denied that their actions were wrong. Once convicted, they denied that their behaviour harmed their victims.

This all comes from a colossal sense of entitlement. It’s common to most sexual offenders. They take zero responsibility for what they did, because the rules don’t apply to them.

Once they’re caught and convicted, people usually say how nice these priests were. They were known to be kind, pastoral, and often committed to social justice and the poor. But in sexual matters, they gave themselves a free pass.

It’s easy to blame clerical abusers for damaging the Church. But each of us does the same thing when we sin.

Did you know that? Did you know that when you sin, you not only harm your soul, and your relationship with God, but damage the fabric of the Church? There’s no such thing as a sin that ‘doesn’t hurt anybody else’. It all harms the Body of Christ, which is made up of other people.

Did you also know that when you go to Confession, it formally repairs the damage you did to the Church when you sinned? It makes both you and the Church stronger.

It’s great to repent privately and ask God to forgive you. He will, of course. But it’s even better – and sometimes essential – to go to Confession and repair the damage you’ve done to everyone else.

Go to Confession. Use a good examination of conscience first, because we all give ourselves a free pass in certain areas.

I’ve never heard a homily on gluttony, for example, and yet we live in a faintly obscene foodie culture. Watch television any evening if you don’t believe me. True, it’s not as much fun as denouncing other people’s carbon footprint. But when we uncover and face our own repeated failures, we can really repent.

Catholics should be different. When we repent and are converted, we change. And then – and only then – the Church will change.

All the governance changes will have a much better chance of working. Instead of being a ‘humble Church’, we’ll be a Church that’s made up of genuinely humble individuals.

Repentance is where joy can really begin. But more on that next week. 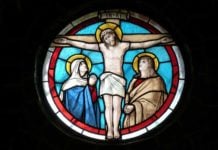 Philippa Martyr: Disillusioned? Think your next step through 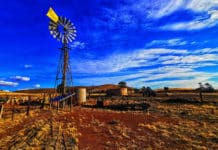 Philippa Martyr: Insights from the maths of the Church