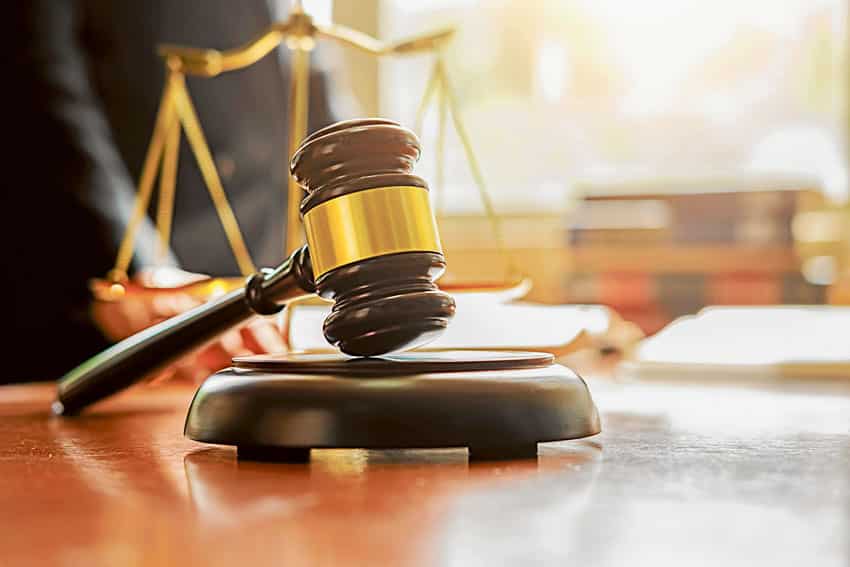 I was present in the public gallery at the two trials of Cardinal Pell in the Victorian County Court in 2018, took copious notes of the evidence given by about 25 witnesses, and came to the conclusion that Cardinal Pell could not have committed the offences on which he was charged and convicted.

There have been miscarriages of justice in Australia. One which many people will recall was the conviction of Lindy Chamberlain for murder after her baby was taken by a dingo at Ayers Rock (Uluru) in 1980.

She and her co-accused husband Michael were not freed until the conviction was quashed in 1987. There is no doubt that the Chamberlain’s religious beliefs – they were Seventh Day Adventists – contributed to her conviction.

In the Pell case, there was a single complainant, who was a member of St Patrick’s Cathedral Choir in 1996 and 1997. There were over 50 members of the Cathedral Choir at the time, about 40 of whom were schoolboys, with the balance being adults.

The complainant, now aged in his mid-30s, claimed that he and another choir boy who has since died, walked away from a formal procession of the choir after Sunday Solemn Mass, entered the cathedral and went to the priests’ sacristy which was empty at the time.

A month later, the complainant said he had been publicly groped by the archbishop when their paths crossed in a busy cathedral corridor.

Not one of the witnesses present at the time supported the complainant’s allegations in any way, and in different ways, all of them contradicted him.

The allegations relate to the period immediately after Cardinal Pell was appointed archbishop of Melbourne, over 22 years ago.

One of the difficulties of cases like this is that after such a long period, even people who were closely connected with the choir or the cathedral have difficulty remembering details of what went on at the time, particularly when there were no reasons at the time for believing that any improper conduct had taken place.

Over the course of two trials, each of which took five weeks, evidence was presented by a large number of people connected with St Patrick’s Cathedral, Melbourne, in the 1990s.

Apart from video evidence of a police interview with Cardinal Pell in Rome in 2016, when he was first confronted with the details of the accusation, the prosecution called about 15 members of the cathedral choir to give evidence.

The witnesses included the Cathedral’s Master of Ceremonies at the time, Mgr Charles Portelli, the Sacristan, Max Potter, who served under four successive archbishops, Archbishop Mark Coleridge who was a priest in the Cathedral presbytery at the time, a number of adults who ran the choir including the Choir Director, John Mallinson, and two altar servers who were present on the days the alleged offences occurred.

Not one of these people corroborated the accusations of the complainant.

In his address to the jury, Judge Peter Kidd said that whether the charges were proved depended on whether the jury believed the complainant, despite the changes he had made to his testimony at different times.

He said, “The central issue in this case is whether [the complainant, whose name cannot be revealed publicly] is a reliable witness, and that his evidence is true. If you accept his account beyond reasonable doubt, you should have no difficulty in convicting Cardinal Pell.”

He said that Cardinal Pell had consistently denied the allegations.

“You heard Cardinal Pell in his record of interview. He made strong denials of the allegations. He said that from what he had been told of the allegations, they constituted appalling and disgusting allegations which were contrary to his own beliefs, and the teachings of the Church.

“He said the allegations were ‘garbage’, and completely impossible. He made similar statements with regard to the second event.”

In relation to the evidence of the witnesses who were at the Cathedral at the time, the judge invited the jury to consider the likelihood of two choir boys leaving the formal procession after Mass, without being observed or apprehended, the opportunity for the choristers to get to the priests’ sacristy unobserved, the opportunity for Cardinal Pell to be present alone and unattended by any church official when evidence showed he was always accompanied at the Cathedral, the opportunity of the sacristy being empty during the time that the alleged offence occurred, and the opportunity of the choristers to return to the choir without being observed.

There are three grounds of appeal. The first is that the conviction should be set aside as it was contrary to the evidence given at the trial.

“The verdicts are unreasonable and cannot be supported, having regard to the evidence, because on the whole of the evidence, including unchallenged exculpatory evidence from more than 20 crown witnesses, it was not open to the jury to be satisfied beyond reasonable doubt on the word of the complainant alone,” Cardinal Pell’s lawyers have argued.

The other grounds relate to a technical question of Cardinal Pell’s arraignment, and because the judge refused to allow the defence to show a “moving visual representation” of the procession out of the Cathedral after Sunday Solemn Masses.

The defence believed that the representation would demonstrate that the alleged assault on the choir boys was impossible.

Cardinal Pell will be sentenced in the Victorian County Court on 13 March, and his appeal will be heard after that.

Surprisingly, misgivings about the conviction have been widely reported in the media. John Silvester, a highly-regarded crime writer, questioned whether the conviction reached the threshold of beyond reasonable doubt.

He wrote in The Age that Cardinal Pell ”denied the allegations, with the jury believing the testimony of one of the boys that he was molested in the crowded church.

“Pell was also convicted in relation to the second boy, although that alleged victim had previously denied ever being molested, did not make a complaint and was not interviewed by police or examined in court (he died in 2014).

“Which means Pell was found guilty beyond reasonable doubt on the uncorroborated evidence of one witness, without forensic evidence, a pattern of behaviour or a confession.

“It is a matter of public record that it is rare to run a case on the word of one witness, let alone gain a conviction,” he said.

Looking at the broader implications of the case, Silvester said that Pell has become a lightning rod in the worldwide storm of anger at a systemic cover-up of priestly abuses.

“But that,” he wrote, “doesn’t make him a child molester.”

“If Pell did molest those two teenagers in the busy cathedral, it certainly does not fit the usual pattern of paedophile priests.

“Those in power identify vulnerable potential victims, groom and then isolate them, committing offences in private then pressuring the abused into silence.

“In the Pell case, although he had access to hundreds of boys over his career he did not groom the vulnerable. Instead he attacked two he did not know in broad daylight in a near public area.

“He could not have known if one of them was not the son of the chief commissioner, the premier or the chief justice who were waiting outside to collect them.”

It is perhaps coincidental that just two days after the jury verdict in the Pell trial, the Victorian government announced that it would be conducting an inquiry into whether the option of trial by judge alone should be made available in Victoria, as it is in other states.

And separately, in January, Melbourne University Publishing – which published an inflammatory book detailing allegations of sexual misconduct against Cardinal Pell a month before he was charged – has been instructed by the University to confine itself to academic works in future.

The decision led to the resignation of MUP Chief Executive, Louise Adler, and five directors of the company.

Despite everything that has happened, Cardinal Pell has maintained a demeanour of fortitude and tranquillity, always greeting people outside the court with a friendly smile and an encouraging word.

I spoke to him briefly before the suppression order over his trial was revoked, and he expressed deep gratitude for the messages of support and prayers offered for him.
As he was being led into custody, his last action before leaving the court was to bow to the trial judge. It was a touching and significant gesture.

Peter Westmore is the former President of the National Civic Council.