Those who stand against euthanasia and assisted suicide laws in New South Wales are being urged to sign and share a digital petition to stop the passage of the Voluntary Assisted Dying Bill 2021.

Next week, a NSW Parliamentary Committee examining the proposed laws will hand back its final report, after which the Bill is expected to be formally introduced into the NSW Legislative Council. 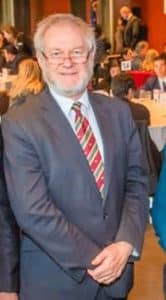 Bishop Richard Umbers, who serves on the Australian Catholic Bishops Conference Commission for Family, Life and Public Engagement, also urged everyone to sign and share the petition.

“The legalisation of euthanasia and assisted suicide sends a message to already vulnerable people that their lives are not worth living, that they are better off dead. We need to denounce this for the lie that it is and boldly proclaim the truth that every human being is valuable.

“Those suffering from terminal illness do not need lethal drugs to help them ‘die with dignity’ because dignity is not taken away by illness or disability. I encourage everyone to sign this petition and share it as widely as possible, so that we can let our parliamentarians know that we can and must do better to care for the sick.”

Director of HOPE, Branka van der Linden, said she hoped that everyone who opposed the bill would sign and share the petition without delay. She said that a special report of the Royal Commission into Aged Care Quality and Safety in September 2020 showed the COVID-19 pandemic has seen a large increase in depression, anxiety and confusion in residents and increased risk of suicide.

“It is inherently dangerous, in such a climate, to pass laws to legalise euthanasia and assisted suicide,” Ms van der Linden said. “Please encourage at least two or three friends to sign it immediately as well, so often we intend to support an important campaign like this but then get busy and forget to do so.”

Archbishop warns: we’re on the verge of a two-class society if euthanasia passes

Mr Donnelly said that petitions are an important means in which the community can directly communicate to their MPs their values about a particular matter or how they want their MPs to deal with and vote on a particular piece of legislation.

“This is a very dangerous Bill. It is not and cannot be made safe for the citizens of NSW, especially the most vulnerable,” he said. “The Bill is not fit for the purpose it is intended for and therefore should be unanimously rejected by the Legislative Council.”

Mr Donnelly said that the amount of time that will be granted for the Bill to be debated in each sitting week will be a matter for the house to determine.

“Therefore it’s vitally important that people take the steps to sign the petition and encourage all their family members and friends to do the same, and use the social sharing icons on the petition to promote it in the wider community.”

The petition states: “To the President and Members of the Legislative Council, the petitioners of New South Wales state that they are completely opposed to the passage of the Voluntary Assisted Dying Bill 2021, in any form, which provides for state sanctioned/funded assisted suicide/euthanasia.

“A cornerstone of our legal system is that ALL human life has inherent value and must be treated with dignity and respect. The petitioners request that the House unanimously oppose the bill, in any form, and reject it.”

10 things about the NSW euthanasia bill