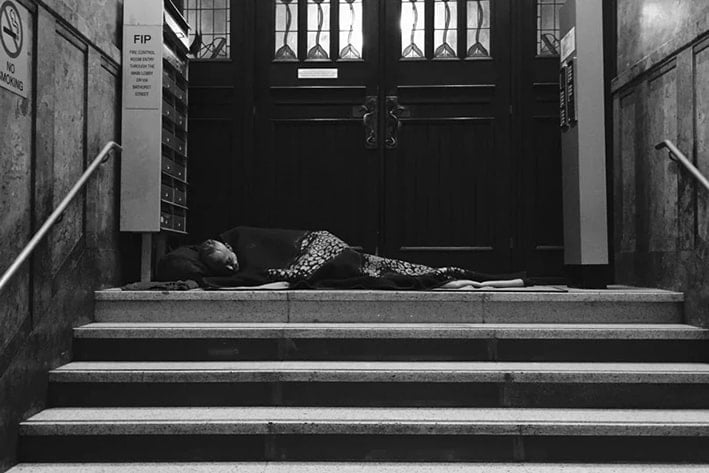 Casual cruelty in the Northern Territory shocked me when I moved to Darwin in 2017 to work for the NT Government.

Pedestrians walked by people who were passed out from drunkenness, drug abuse or perhaps assault.

Motorists drove past people who appeared to be unconscious. Taxi drivers waited for a fare next to a body slumped in a gutter. Office workers walked past crumpled figures in doorways.

As I settled into my new environment, I walked the city in the relative cool of the night, taking in the thick, heady scent of frangipani, hibiscus, and jasmine.

I began to identify itinerant people camped in parks and gardens. I grew to recognise the quiet groups who wanted to be left alone, and the groups that were loaded with tension.

“As I rolled him into the recovery position, a man, a woman and two children watched on as they licked their ice creams. I called the police.”

I watched belligerent party-goers spill out of pubs and bars into streets that smelled of stale beer and urine. Clammy men stumbled out of a strip club to the nearby brothels.

The first time I stopped to help someone was a Saturday evening on Knuckey Street. An older man had passed out near an ice cream shop. He was naked, filthy and repulsive.

As I rolled him into the recovery position, a man, a woman and two children watched on as they licked their ice creams. I called the police.

Three officers came quickly and put him in a paddy wagon. This became a routine for me: Stop – check breathing – recovery position – police.

One evening, driving north on Bagot Road in peak hour, I saw what I thought was a palm tree branch on the road. It was a body.

I slowed down and parked in the left lane of three lanes of traffic. I carefully walked to the middle lane. The figure was an Aboriginal woman on her back, weeping in agony.

She was tiny. Her clothes were like rags. Her thin hair was greying. I thought she had been hit by a car.

I held her wizened hand and said: “Sweetheart, I’m going to help you. You’ll be okay. My name’s Gerry. What’s your name?”

She cried a distressing lament. I didn’t understand her language and she didn’t know mine. I looked her over. I couldn’t see any bleeding or any obvious injury. Cars in the other lanes slowed down to pass and to look. Some people yelled obscenities and racist slurs.

As I knelt on the hot bitumen, the roughness digging into my skin, people of Darwin spewed out their racism and rage over an old woman who appeared to be alone in the world. In the fading light, a vehicle pulled over and out climbed a Maori man.

“Another vehicle stopped. A young woman came over, a medical student. I felt huge relief.”

“Thanks for stopping. I think this woman’s in trouble. She needs an ambulance.”

“I’m not from around here. What’s the number?

“Dial triple zero and ask for an ambulance.”

Jeremy and I discussed whether to move the woman off the road. If she had internal injuries, moving her could make it worse. 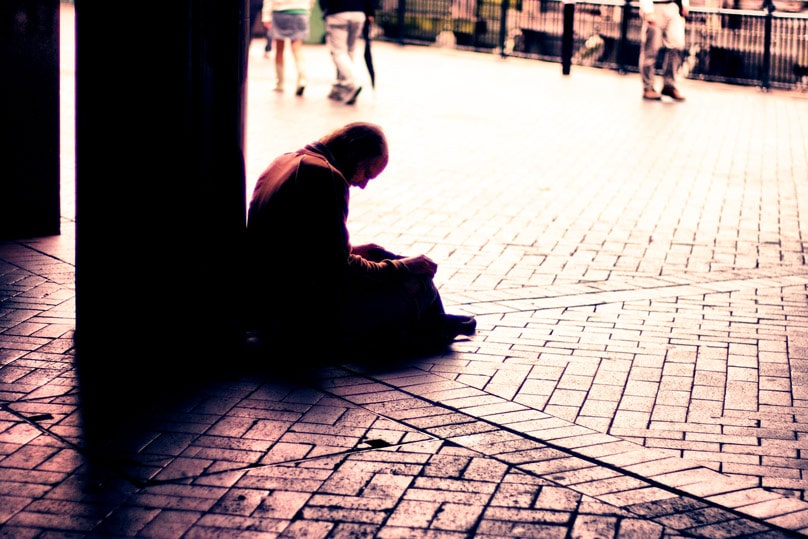 We tried to make her frail body more comfortable. Another vehicle stopped. A young woman came over, a medical student. I felt huge relief. Soon the ambulance arrived, and the professionals took charge.

The next day I called the hospital to see if the woman was recovering. They couldn’t give me information because I wasn’t family. I understood.

Another time, I stopped for a young man who had passed out near the city bus interchange. As I waited for the police, a woman came along. She kicked the man a couple of times. She said: “Billy, get up.”

I must have looked alarmed because the woman said to me with a sigh: “My boy.” Billy stood up and staggered off with his mother. I cancelled the police call-out.

One evening during my walk, I felt a portentous hush settle over Darwin. From the dark end of a park, I heard a startling cry that sounded like a woman’s call for help.

“By the middle of last year I no longer stopped at all. I knew then it was time for me to leave the NT.”

But maybe it was it an infant crying, or maybe a curlew? I couldn’t be sure. I walked a bit further and called: “Who needs help? Silence. I called again. Jolted by a memory of fear, I turned for home.

I vividly remember the first time I didn’t stop. It was during work hours and I was due at a meeting in another office building. I wanted to be on time. I stepped over a woman on Mitchell Street and kept walking, knowing exactly what I had done. At that moment, something shifted in me and I didn’t like it.

By the middle of last year I no longer stopped at all. I knew then it was time for me to leave the NT. On my last night in the NT I went back to Bagot Road for one last visit to the Bagot Community, for one last look as the scene on the road re-played in my mind.

Four months after leaving the NT, I still think about that woman on the road. I believe she walked into heavy traffic because she wanted to die. I was the one who stopped.

By my standard of measure it will be measured to me in return.

Geraldine Capp is Senior Manager Public Relations, Communications and Marketing for Catholic Education in the Archdiocese of Canberra-Goulburn