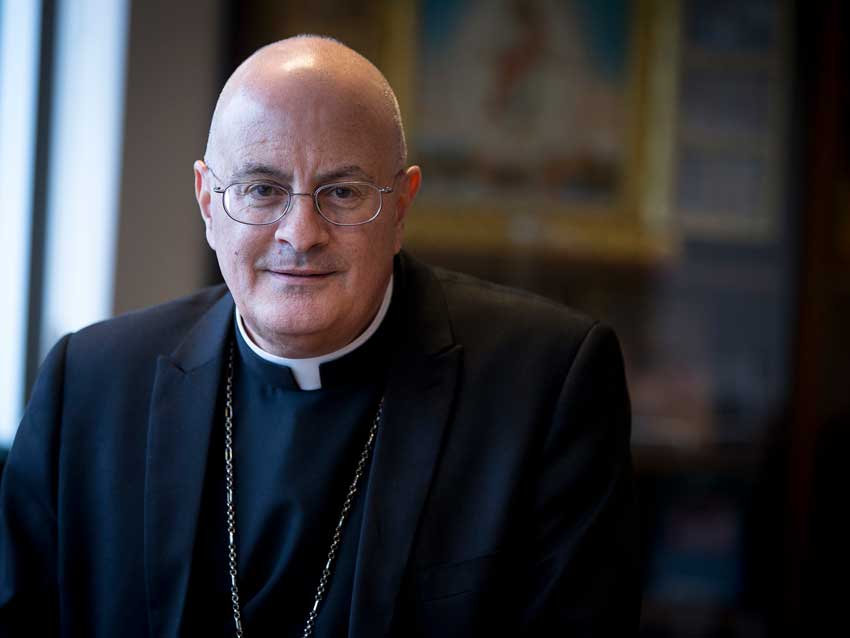 Bishop Gregory Mansour, who heads the Eparchy of St Maron in Brooklyn, New York, is pretty sure he came down with symptoms of COVID-19 from helping a man who had fallen and was coughing on a Brooklyn street.

“I have no regrets whatsoever even while I was suffering,” he said on a segment of Current News, part of NET TV, the cable network of the Dioceses of Brooklyn on 29 April.

The bishop, who is 64, and who has served in the Brooklyn Eparchy since 2004, said people were yelling at him to stay away from the coughing man who was later picked up by an ambulance.

“Everyone was just standing around.”

When asked if he would still help in a similar situation now, he said he would, noting that the person was “really in bad shape and everyone was just standing around”.

“I was not even thinking of anything; it was just natural instinct.”

A week later, in late March, the bishop said he developed symptoms of COVID-19 and was sick for a few weeks. In late April he said had a test that showed that he had had COVID but he now has the antibodies, giving him, as he put it: “something of a defence, so I can go forward now.”

Bishop Mansour said living with the virus gave him a “better sense of communion” with his fellow priests and with others. “We have so many people going through this, suffering and some deaths”

The bishop said his experience with the virus also taught him some spiritual lessons. “When you’re by yourself, you really take the time to sincerely look at your relationship with God and your own behaviour, your own thoughts and emotional life and to align it more closer to God’s will,” he told the Catholic news show.

He also said he was “very grateful to have gone through” the experience and particularly thankful to all those on the front line; first responders, doctors, nurses, retail workers and pharmacists for “laying down their lives for others”.

This Catholic Life Podcast: Coping with Covid-19
The ethical dangers and opportunities in COVID-19 decision-making
Pope warns of potential for viral genocide