Lately, I have found myself pondering one of the strangest phenomena in this season of many discontents: the emergence of a new “Catholic integralism” that (in the words of an advocate) promotes the notion that “the state should recognise Catholicism as true and unite with the Church as body to her soul.” The proponents of a confessionally Catholic state as the optimum form of government are small in number. But they’ve demonstrated an impressive ability to rile up the debate about the current American political situation, and about Catholic social doctrine generally, so a few questions are in order.

Question 1: Haven’t we seen this – or something like it – before?

European Catholic intellectuals’ dismay over their continent’s cultural and social disarray after World War I led some of them to flirt (and worse) with various forms of authoritarian rule in which the Church partnered with the state.

Some found in Italian Fascism a rough but serviceable form of the social doctrine of Pope Pius XI (before being caught off-guard by Pius XI’s condemnation of Mussolini’s thuggery in the 1931 encyclical Non abbiamo bisogno). In 1933, a priest from the Benedictine abbey of Maria Laach described the ascendant National Socialist German Workers Party as the “realization” of the Body of Christ in the secular world.

Emmanuel Mounier, a prominent French thinker and activist, first found a complement to his rejection of modernity in the right-wing statism of Marshal Petain’s Vichy regime, before pivoting 180 degrees after World War II and trying to forge a Catholic alliance with Stalinist communism.

Living in the rarified air of high-altitude abstraction, the new integralists seem uninterested in this history. Nevertheless, such fiascos are important cautionary tales for any Catholic thinker who imagines that the moral and cultural crisis of the West is going to be resolved by the Catholic Church allying itself with state power or by the state endorsing the Nicene Creed.

Question 2: Has Pope Leo XIII been swapped out for Hegel?

There are many, many disturbing things about American culture, society, and politics today; in some quarters, “I Did It My Way” has displaced “America the Beautiful” as an alternative national anthem. But to suggest (as some integralists seem tempted to do) that the Supreme Court’s Obergefell decision imposing same-sex “marriage” on the country was gestated in the womb of the Declaration of Independence is ahistorical nonsense.

There is a complex causal chain leading to Obergefell and it doesn’t run back to “We hold these truths to be self-evident.” To suggest that it does – and that Catholic social doctrine provides the key to understanding Obergefell’s alleged inevitability – is to replace Leo XIII’s interpretation of St. Thomas Aquinas with G.W.F. Hegel’s historical determinism in the foundations of the Church’s social teaching.

Question 3: Where did John Paul II and Benedict XVI go?

As I explained in The Irony of Modern Catholic History, John Paul and Benedict offered acute analyses of the crisis of the West without falling into an authoritarian trap in their prescriptions. Emphasizing the crucial importance to democracy of a vibrant, truth-based, public moral culture, they correctly diagnosed the deepest causes of today’s political distortions and dysfunctions. 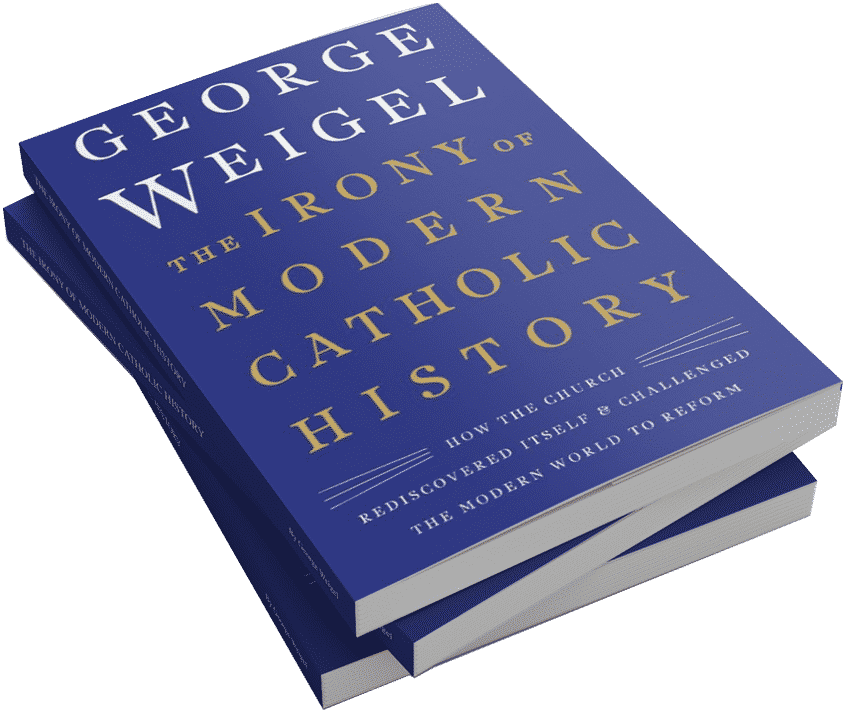 Teaching that the Church’s public role is to shape that public moral culture by forming citizens who live in the truth, they set Catholic social doctrine in the context of the New Evangelisation and defended the Church’s liberty to be itself. Stressing the theological incompetence of the state, they helped strengthen the barriers to any new form of authoritarianism, left or right.

The more sober of the new integralists admit that they’re not offering a practical program for here-and-now. What’s the project, then? Would it be uncharitable to suggest that this might be a game played by Catholic intellectuals who, so to speak, never ran for office themselves – a game that, however unintentionally, is complicating the Church’s public witness by misrepresenting Catholic social doctrine?