What is the cost of domestic violence? One sad example may help illustrate the answer. Some years ago, a priest serving a desert Aboriginal community in Western Australia was called to the scene of yet another suicide in the community. A 13 year-old boy had hanged himself. Because the priest also found himself effectively serving as the community undertaker, he was regularly called to death scenes where he would be required to remove the body of the deceased to prepare it for burial. On this occasion, the child had ended his life with an electrical cable. 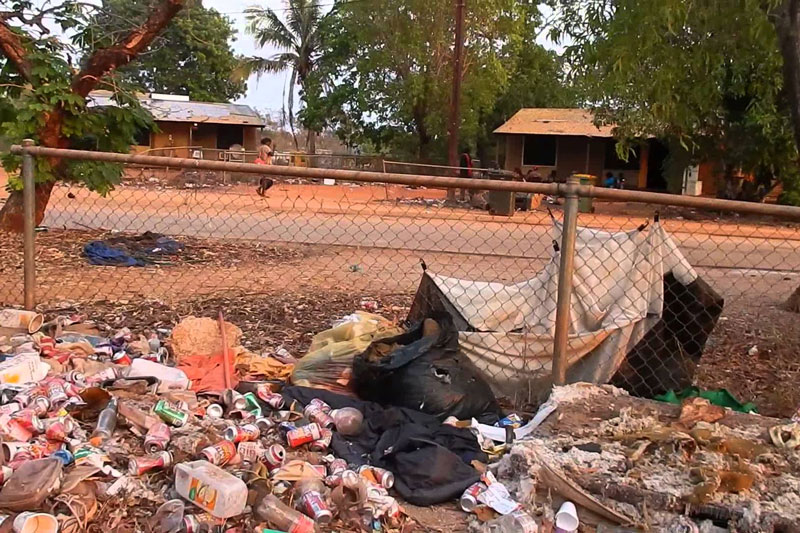 Just as the priest was about to cut down the body of this latest tragic young victim of the endless cycle of abuse, alcohol and drug-induced violence which dominates so many idigenous communities in Western Australia, his mobile phone rang. He took the call but, on returning, decided to check the cable. To his horror he found it was still connected to the socket and live. If he had gone ahead with cutting the cable, as he originally intended, he would have electrocuted himself as well.

What is really important about this story, which is true, is only one question: what makes a 13 year-old child choose to end their life? What tragedy, what barbaric and despicable thing, what darkness causes a child to choose suicide? The question is one of sorrow but it becomes tragic when we consider that the 13 year-old indigenous boy who hanged himself was not unique, but part of a wider pattern of domestic violence and abuse which appears to be endemic to indigenous communities in many parts of Australia.

Strangely, the shame of the state of our indigenous communities is somewhere towards the bottom of the media’s attention – and ours – as a nation. Yet if we were to cast our eyes around Australia we might be forgiven the impression that factors such as entrenched alcohol and drug abuse and the breakdown of all rules of kinship are strongly associated with violence and abuse against all members of various communities: men, women and children of both sexes – in the community and in the confines of the home. We could also be forgiven – in the case of barbaric practices such as female genital mutilation – for believing that contributing factors included things such as the history and cultures from which some migrant groups have come.

But – no. Fortunately we have the ABC to tell us we are both stupid and wrong. None of these things are really leading or significant factors in violence on the domestic front. Why? Because it’s Christian evangelical men who are the most likely to commit abuse. Or so the ABC is happy to suggest. Oh, and they’ll quote the Bible to prove that they have the right to abuse their families. The bastards.

This, at any rate, is the message of ‘journalists’ Julia Baird and Hayley Gleeson whose 7700-word ‘report’ appeared on the ABC website late last week subtitled with the following introduction: “Research shows that the men most likely to abuse their wives are evangelical Christians who attend church sporadically. Church leaders in Australia say they abhor abuse of any kind. But advocates say the church is not just failing to sufficiently address domestic violence, it is both enabling and concealing it.”

By publishing such propaganda – which also appears to incite social hatred on religious grounds – does anyone wonder anymore whether the ABC hates Christianity? The intellectually flawed and apparently teenaged nature of Julia Baird and Hayley Gleeson’s ‘report’ has been masterfully deconstructed by several commentators in the last week. But what we need now is an official inquiry into our national broadcaster and its plummeting factual and journalistic standards.

We also need a new word in the English language: the verb ‘to Bairdise’ or ‘to Gleesonise’, (perhaps ‘Bairnise’?) which the dictionary would define as the act of inciting moral outrage in the community by culpably or deliberately obscuring the truth. It could also come to be defined as the pseudo-intellectual posturings of comfortably affluent suburban Australian women for whom reality is occasionally meaningless. But to do so would be both cruel and unkind, because it would be to engage in exactly the same kind of attack on some Australian women that Julia Baird, Hayley Gleeson and the ABC seem only too willing to launch.