Well, it wouldn’t be a new school semester if the Greens didn’t again try to push Special Religious Education (SRE) out of public schools.

Greens MLC David Shoebridge has launched a campaign to remove catechists from public schools, saying that “it’s time to end scripture classes in all public schools and use this time for learning and ethics classes.”

[Ethics classes are those that the Greens and their supporters successfully lobbied to offer as an alternate to SRE, that – while well-meaning – presume that you can teach kids to employ ethical reasoning without reference to the Judaeo-Christian ethic on which western civilisation was built.]

Without a hint of irony, or self-awareness for that matter, Shoebridge has labelled his campaign Education, Not Indoctrination. You know there are some serious word games going on when the Greens pretend to be against indoctrination of kids in the classroom.

This, from the party that backs the controversial Safe Schools program and whose MPs not only backed, but participated in, the school climate strikes.

Make no mistake, David Shoebridge and the NSW Greens want religion in schools; they just don’t want your religion in there. They want theirs. They want a religion of not only atheism, but anti-theism in schools. They want children indoctrinated in gender fluidity and other dangerous ideas.

And, as best as possible, they want to do it without giving parents the choice about whether their kids are subject to such indoctrination.

Under NSW rules for SRE, parents have to opt-in for their children to attend Scripture/catechism classes and children are not permitted to attend without written parental consent.

This is not the case for the more socially constructed lessons, like Safe Schools and similar, that the Greens want in the classroom.

The timing of the Greens campaign is also a little ironic.

In the coming days, submissions will close into a parliamentary inquiry into the New South Wales School Curriculum.

This inquiry, borne out of a review conducted by Professor Geoff Masters, is looking to address complaints of the curriculum being overcrowded and the dramatic decline in student achievements.

David Shoebridge is one of the MPs sitting on the committee charged with running the inquiry, and so his predetermined views are not to be ignored.

The Masters Review found that “the proportion of NSW 15 year olds meeting minimally acceptable standards of reading, mathematical and scientific literacy has been in steady decline” and that they are instead achieving only low-level skills insufficient for the modern workplace.

These low levels are consistent with NSW students going from being amongst the world’s top performers 20 years ago to being near the OECD average.

The Review also found something very interesting in relation to the overcrowded curriculum.

From the report: “With the decline of other institutions – sometimes including families – that once played a lead role in inculcating values and developing character, schools have found it increasingly necessary to give priority to students’ social and emotional development, and often to their physical and mental safety, health and wellbeing.”

The Greens’ solution to the skills decline due to an overcrowded curriculum and values- and virtues-gap due to the decline of values-based institutions, including the family itself (and presumably, the churches), is to remove SRE from classes and kick chaplains out of schools. Yeah, that should do the trick!

The education of future generations is the most important tool in securing their future, and Australia’s more broadly.

It is a conversation for serious people, and it is not assisted by those who pretend that they want religion out of schools, when what they really want is the singular religion of socialism to be taught to your kids. 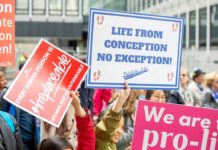