“Lord, let me encounter You here.” This was my prayer as I journeyed through the Holy Land last week. I asked Our Lady to lead me to find Him anew in the land they once walked together.

It surprised me a little that I needed to ask at all; I had just assumed an encounter would happen as soon as I stepped foot in the holy city. But it wasn’t that simple. The trip wasn’t a pilgrimage, rather it was part of a study tour organised by the Australia/Israel & Jewish Affairs Council (AIJAC), and so the time we had for visiting the sacred sites was limited. “We ran where Jesus walked,” was the joke amongst our group.

Instead, most of our days were spent in meetings and lectures from academics, journalists and faith leaders, all giving us their perspective on the Israeli-Palestinian conflict. As we listened, the conflict raged and the its deadliest day in years – more than 50 Palestinians dead – occurred while we were in the Israeli town closest to the Gaza border. Visits to the places where Jesus walked, taught and healed, died buried and rose, were sandwiched between hearing about borders and weapons and suicide bombers, and briefings on how do get to the closest bomb shelter.

So, finding Jesus in the Holy Land was harder than I thought, but still, I was convinced that I would most powerfully find Him in one of the traditional sacred sites.

Instead, I encountered Him most vividly in a hospital 30 miles from the Syrian border, in an Arab-Christian social worker named Fares.

Fares works at Ziv Hospital, which treats patients who come across the border from Syria, many of them injured in the war that has killed half a million people and injured 1.5 million more since it began in March 2011.  Most of them are orthopaedic patients, needing work done on limbs destroyed or damaged by weapons of war.

The program didn’t begin intentionally.  On 16 February 2013, 7 patients needing urgent care arrived at the checkpoint between Israel and Syria.  Knowing that hospitals and medical centres in Syria have been destroyed and its health care system decimated, Israeli Defence Force medics decided to transport the group to the closest hospital.  Doctors were called in, and the patients were treated.

The medics imagined it would be a one-time thing, but it wasn’t.  In the past 5 years, 1000 Syrian patients have been treated at Ziv, many of them rebels. Treating physicians do not ask any questions about the patient’s background, religion or political leanings, but just give them the care they need.  Because they come with no medical records, a full medical assessment is done and holistic care provided.  The care is mostly government funded, but the hospital also receives donations.

After receiving a briefing about the hospital itself, we were introduced to Fares.  Fares is the social worker who is the main point of contact for the patients and their families.  He is the first person they meet upon arrival, and journeys with them for the duration of their stay (which can often last for months.)

Fares was very open what it was like to be thrust into this role after the Syrian patients began arriving.  He told us that he received no special training for the role, including for providing care for young children with devastating injuries.

“No one teaches me how to act when you have a child from war,” he said.  “I have kids.  You do the maximum, whatever you can do to make them smile.”  One example of ‘the maximum’ he gave us was that of an amputee child who needed to learn how to walk with prosthetics.  “I bought him sunglasses,” Fares said.  “They made him smile while he was learning to walk.”

He told us also of his work with mothers who come to the hospital in order to give birth to their stillborn babies.  He explained that in those cases, his goal was to prepare the mothers to receive the body of their deceased child so that they could take the child back over the border for burial.  “All my dealings with them is to prepare them for that moment,” he said, blinking back tears.

With each story he recounted, you could hear the love of a father – and indeed, the love of the Father – through his words.  This wasn’t a job for Fares.  It was a vocation.  Each child was his own; each grieving mother his sister; each patient created in the image and likeness of God.

We spoke to a Muslim mother from Syria whose 14-year old son’s leg had been saved in the hospital.  She told us that while she could never tell anyone that he had been treated by Israelis for fear that the family would be killed, they had shown her that there could be peace.  “Israel is not my enemy; she saved my child,” the mother said.  “Nobody will ever know; I will hide it in my heart.”

The solution to the conflicts in the Middle East is far beyond the wisdom of Solomon, let alone me.  But I do know that if peace does come, it will be through people like Fares and others I met at Ziv, who do ‘the maximum’ to heal others, physically and spiritually. 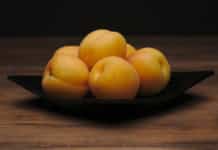