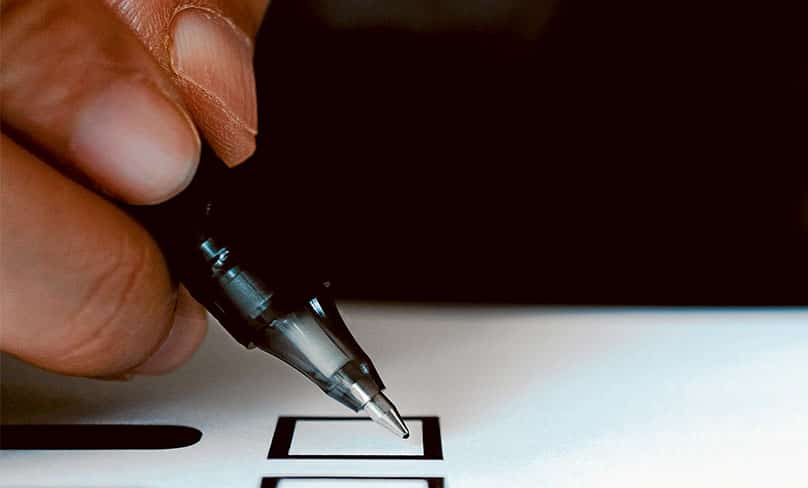 In the pages of this week’s Catholic Weekly, you will find the responses of parties seeking your vote at this year’s federal election to questions posed to them by the Catholic Archdiocese of Sydney (pages 10-12).

The issues covered range from religious freedom to education funding to Indigenous affairs, mental health, aged care and the environment. The breadth of these topics demonstrates that Catholics are not “single issue” voters, and that there are many issues that come before parliament that have the ability to affect the common good, and so are of interest and concern to Catholics.

That said, there is one particular issue that I believe needs to attract our primary concern, and that is a party’s commitment to religious freedom. Unless our religious freedom is protected, people of faith will have limited capacity to affect change in any of the other areas in which we act.

For example, there are those who are currently lobbying political parties to require that any organisation in receipt of government funds in their work be required to submit to left-wing policies on LGBTIQ issues. “Equality Australia,” a lobby group formed by the co-chair of the ‘yes’ campaign, asked political parties for a commitment to “contractually requiring service providers to provide non-discriminatory services and to undertake LGBTIQ+ culturally competency training.”

If such a commitment was made, it would have wide-ranging consequences for almost all our Catholic services.

It would mean that Catholic schools would no longer be able to preference Catholic staff for employment and promotion, nor insist on a commitment to the Catholic ethos as a condition of employment, nor discipline a teacher who publicly lives a life that contradicts those standards unless they were willing to forego all government funding.

It would also mean that if a Catholic school wanted to maintain its funding, it would need to relinquish the right to preference Catholic students for enrolment, base enrolment and uniform policies, sporting team arrangements or camping and toilet facilities on a student’s biological sex, and resist attempts to teach LGBTIQ sex and gender education in the classroom.

Similarly, Catholic organisations, charities and agencies who want to keep their government contracts may¬ no longer be able to preference Catholic staff for employment and promotion or insist that those using their facilities do not do so to promote ideas that are contrary to Catholic teachings.

Additionally, Catholic hospitals might no longer be able to refuse to provide abortions, IVF and surrogacy, gender reassignment surgery or euthanasia. Such a requirement would fit in nicely with the new Australian Medical Association guidelines on conscientious objection, which require medical professionals to tell existing and prospective employers if they object to certain procedures, and institutions to advertise the same on websites, in publications and on buildings.

This is about as serious as it gets.

To be frank, I am not confident that either Labor or the Coalition have enough commitment to religious freedom to stand up for it when something else is at stake. While there are good people in each of these parties who will do so regardless of the cost, they are unfortunately in the minority.

That’s why your vote for the Senate (Upper House) is extremely important (that’s the giant, white ballot paper that sometimes gets referred to as the “tablecloth.”)

No matter who forms government in the Lower House (the small, green voting paper), we have the opportunity to vote for parties and candidates in the Upper House who will act as a safeguard against those who might wish to sell religious freedom down the river for the sake of political expediency.

The presence of a minor party in the Upper House can make all the difference.

If the Greens hold the balance of power, they will undoubtedly use their influence to push their agenda: removing funding from Catholic and other non-government schools, scrapping the School Chaplaincy Program in public schools and placing secular counsellors and Safe Schools in all schools, removing the charitable status of, and tax exemptions for, religious organisations, paving the way for the territories to legalise euthanasia and assisted suicide, and more.

In contrast, if a party like the Australian Conservatives achieve Senate seats in addition to the one currently held by Senator Cory Bernardi, they have made it clear that they will uphold religious freedoms in education, expression and other areas.

The next federal parliament will decide many issues that will have a significant impact on Catholics and other people of faith. Let’s make sure we exercise our vote responsibly. Go well.