You know those ones where Father has already been preaching for about 10 minutes and you’re not really sure what he is saying?  The ones where you find yourself asking St Anthony to help him find the point or failing that, the conclusion, of his sermon?  The ones where you kind of wish you were back in lockdown watching Mass on demand so you could at least replay it at 2x speed?

I need a terrible homily from time to time for my spiritual growth because those homilies remind me that I’m not at Mass for the preaching but for Jesus, made present in the Eucharist.

I’m not saying we should desire bad preaching or excuse a lack of prayerful preparation, but at the end of the day, it doesn’t matter: we receive the same graces from a Mass where no homily or a bad homily is preached as we do when one is delivered by a very gifted preacher.  There are so many homilies and other resources available online that we can always supplement a less-than-nourishing homily with a good one anyway.

I was reflecting on the gift of bad homilies throughout the week of the First Assembly of the Plenary Council when much was made of having lay preachers, men and women, during the Mass.  Lay preaching is nothing new. Lay people break open the Word of God when they lead Bible studies, run RCIA classes, offer their service as catechists in public schools, teach theology, write wonderful reflections published in print and online, create podcasts of reflections on the readings and more.  In a digital age and in the shadow of a COVID lockdown, we have access to more lay preaching from around the world than ever before. We are indeed spoiled for choice of opportunities for formation and I think it is wonderful that so many lay people are using their gifts to preach the Gospel.

I’m just saying, I believe there was something about taking Communion out of the centre of the Church and replacing it with a gifted speaker.”

But preaching at the Mass is reserved to the clergy because preaching in the Mass is a liturgical action as much as it is a teaching one.  I’m not a canonist, a theologian or a liturgist, so I am not going to try to give a canonical, theological or liturgical explanation for it.  Many others have done this more eloquently than I. Instead, I want to give a practical reason for leaving the preaching to the Priest and it is linked to my love of bad homilies.

If the homilist is a lay person, different to the Priest celebrating or Deacon assisting at a Mass, then the focus of the faithful gathered risks being shifted to the preacher.  It’s not a criticism of the preacher or the faithful, just an acknowledgment of human nature.  We want to be informed and inspired and we will start “seeking out” the most gifted of preachers to assist.  Parishes might even start advertising who the “featured” preacher is for a particular Sunday.  Yes, we are still attending Mass for the Eucharist but also for the homilist.  I think that’s a dangerous and ultimately divisive move. 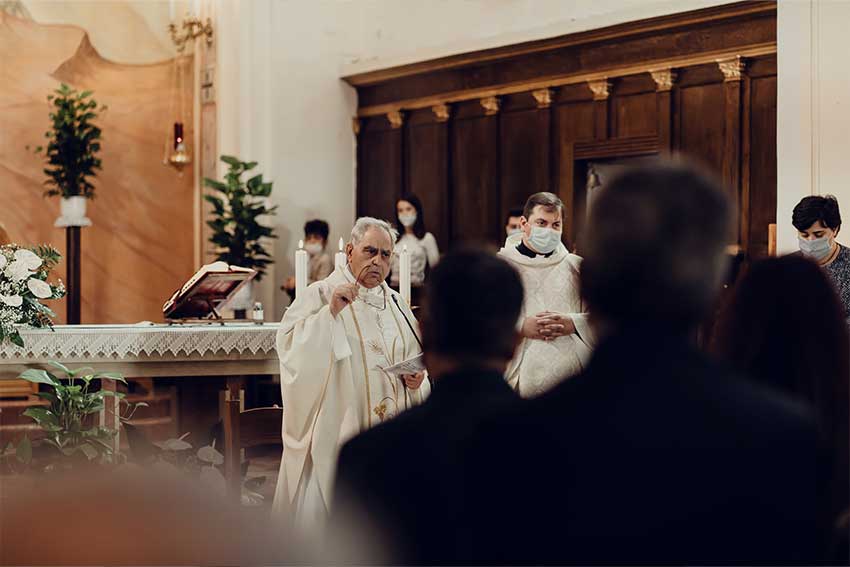 In a sermon delivered last year, a Protestant preacher named Francis Chan made this point very well, even if inadvertently.  Chan said:

“I didn’t know that for the first 1500 years of Church history, everyone saw it as the literal Body and Blood of Christ and it wasn’t until 500 years ago that someone popularised the thought that it’s just a symbol and nothing more… It was at that same time that for the first time someone put a pulpit in the front of the gathering because before that it was always the Body and Blood of Christ that was central… For 1500 years it was never one guy and his pulpit being the centre of the Church, it was the Body and Blood of Christ… Communion was at the centre every time you gathered and it wasn’t a pulpit where a guy preached after studying in his office by himself for 20 hours… Pretty soon it was: “I follow Piper, I follow Chan, I follow…” It’s like everyone’s following different guys. I’m just saying, I believe there was something about taking Communion out of the centre of the Church and replacing it with a gifted speaker.  Not that that gifted speaker is not a part of the Body of Christ and a gift to the Body of Christ, but the Body itself needs to be back in the centre of the Church.”  As Chan says, gifted theologians and preachers, be they clergy or laity, men or women, are a gift to the Church and we should celebrate and nurture those God-given gifts and provide more opportunities for them to be used.  But to ensure that we never do anything that might risk us taking the focus of the Mass, even for one moment, from the Eucharist as the source and summit of our faith, we should encourage our wonderful lay preachers to use their gifts outside the Holy Sacrifice of the Mass.