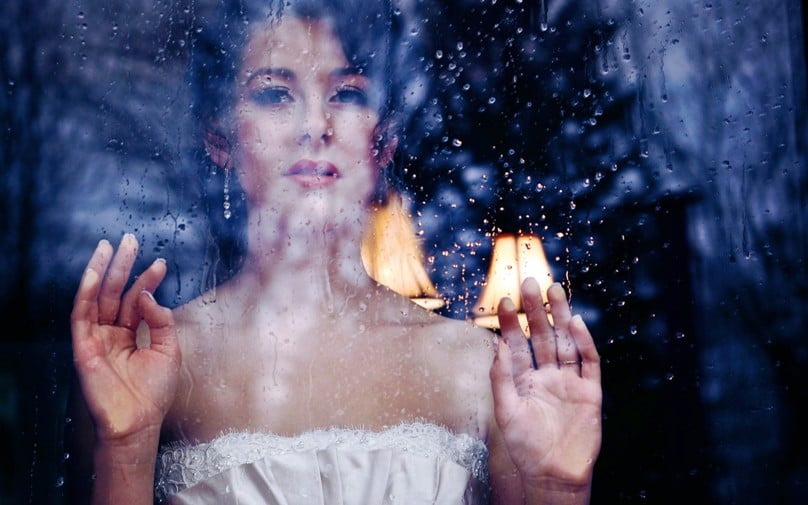 Our culture is becoming increasingly aware of the importance of working with nature, not against it. Courses, blogs and counselling sessions focus around mindfulness, awareness and radical acceptance. We are told not to change anything we think or feel, but just to notice it, accept it, and let it go.

This approach is a welcome change to the driven, hectic, results-oriented lifestyle many of us lead. It lets us slow down and tune in. It’s proved to have many benefits, from regulating stress to regulating body weight. But as a woman, I’m coming to realise that although it has its benefits, mindfulness and radical acceptance still does not go far enough.

A few weeks ago I watched a documentary titled Embrace. The protagonist, Taryn Brumfitt, documented her own journey with accepting the appearance of her body following her three pregnancies and childbirths. She embarked on an inspiring journey to interview women all over the world working to accept and embrace their bodies, no matter the shape or size.

But although she is a mother herself, and her body-image issues were sparked by her post-pregnancy body, Taryn spoke very little of the connection between her womanhood and her motherhood.

Our culture has separated ‘being a mum’ from ‘being a woman.’ The separation has gone so far that becoming a mother seems almost incompatible with achieving what society suggests the ‘ideal woman’ should achieve: a successful career, relative wealth, and a beautiful body.

If you want to be both a great mum and a great woman, you have to work twice as hard. You have to fight against nature to loose all the baby fat after your pregnancy, following celebrity trends. You have to return to work quickly, ensuring you’re a productive member of society. You have to maintain your home life, your child’s well being, your career and your love life.

Something tells me there’s something not quite right here.

“I do not deny that women have been wronged and even tortured; but I doubt if they were ever tortured so much as they are tortured now by the absurd modern attempt to make them domestic empresses and competitive clerks at the same time. (What’s Wrong With the World, p 92).”

I think there’s some truth in that. What would happen if we applied our practice of mindfulness and radical acceptance to our womanhood?

I think we would discover fearful and wonderful depths within ourselves. First of all, we’d recognise that during our monthly cycle we become incredibly capable of bearing new life within us. By the delicately balanced workings of our organs and hormones, our bodies become capable of supporting and nourishing new life.

Awareness of this capacity will help us own our identity as women. This capacity for bearing life is intimately part of who I am as a woman. It is written into my physical and chemical composition. Thus, part of my very essence as woman is the potential for motherhood.

For some, realisation of this fact may be distressing. For others it might be empowering. No matter what the emotion, mindful awareness can be a tool both to recognise the emotion and to learn from it.

Most of us may have never experienced the intimate connection between our womanhood and motherhood. Many of us have been prescribed the oral contraceptive pill, which fools our bodies into thinking we are pregnant without our actually being pregnant, thus distancing our womanhood from motherhood.

But although many of us may be using hormonal contraceptives, it is important to consciously build the awareness of the link between motherhood and womanhood – for our own good, for the good of our partners, our children, and society.

Here’s just one reason why. Around 50 per cent of pregnancies are unplanned.

A woman with an unplanned pregnancy can feel dangerously alone. Should she keep the child? Should she have an abortion? Surrounded by emotions of panic and distress, it is often hard for her to make a substantially reasoned decision.

She is often referred to an abortion clinic by a well-meaning relative or friend, without the option of independent counselling to help her decide what she really wants.

In such a situation the role of the partner is essential. His role is to support and to calm, to seek out helpful information so that the right choice is made, and to stand by the woman.

Unfortunately, all to often we hear of women who feel left alone in the making of the decision by a partner who tells them, “It’s your choice.”

Partners themselves may feel conflicted. They may feel cheated by the system which promised “safe sex” if contraception was properly applied. What they don’t realise is that male condoms have a failure rate of up to 18 per cent, and the oral contraceptive pill has a failure rate of around 6 per cent. No sex is really “safe” sex if “safety” refers to freedom from pregnancy.

What men need to realise is that in having sex with a woman, no matter what anti-pregnancy devices or chemicals they use, they are having sex with a potential mother: the potential mother of their child. And this potentiality for motherhood is inscribed upon the very composition of the woman herself, so that no matter what protective methods are used, the fact remains unchanged.

The woman, too, needs to realise this truth when engaging in sexual activity: my womanhood is inseparable from my potential motherhood, and thus sex has the potential of sparking a new life within me. With mindful awareness and respect of her nature, a woman can ask herself important questions before experiencing an unplanned pregnancy.

She can ask herself: What would happen to the child and me if I become pregnant? Do I want this man to be the father of my child? Am I in a position to support this child?

How will those closest to me – my family, friends, colleagues, relatives – react if they find out I am pregnant? Will I be strong enough to hold my ground in the face of opposition, or will I capitulate to their wishes?

An honest appraisal of these questions can help prevent panicked states if an unplanned pregnancy is discovered. The mindful acceptance of a woman’s nature by both the woman and her partner can diminish risky behaviour, as both have a fuller consciousness of the full implications of sex.

It can also assist in diminishing the objectification of women, when men realise that their sexual partner is not just there for their gratification, but is by her very nature the potential mother of their child. Finally it can empower women to own and be proud of their bodies, open to the marvellous possibility of new life that their gently balanced organism permits.