Sebastian Duhau is looking forward to the “sense of joy” and the “vibrancy” bound to be present at the Synod on Youth this month in Rome.

The 22 year-old, who works as Retreats and Programs Coordinator for the De La Salle Brothers in Bankstown, was selected by the Australian Catholic Bishops Conference as Australia’s representative at the Synod.

He will be the youngest “auditor” from an English-speaking background attending the Synod which runs from 3 to 28 October involving 339 participants. Thirty-four of those participants will be young people aged 18 to 29, from every continent of the world.

As the Church currently goes through a difficult time, Sebastian told The Catholic Weekly the Synod has the potential to bring out “so much joy.”

“Young people bring this real sense of joy, it’s something they bring everywhere,” he said.

Sebastian was nominated by several people in his home diocese of Parramatta to attend the Synod as Australia’s representative.

He was undertaking youth ministry work in Papua New Guinea when he received the phone call earlier this year from ACBC telling him they were putting his name forward to the Vatican as their nomination for the Synod.

“I had one moment of phone reception and that’s when I got a call from Malcolm Hart, director of ACBC’s Office for Youth. He said they were putting my name through to the Vatican.”

“I felt really excited and a little bit overwhelmed. Also, just in awe of what that moment was, standing in the middle of PNG, working with these teachers, and having an amazing experience, and then being invited to attend another amazing experience.”

In July he received an official email from Vatican confirming that he had been selected. 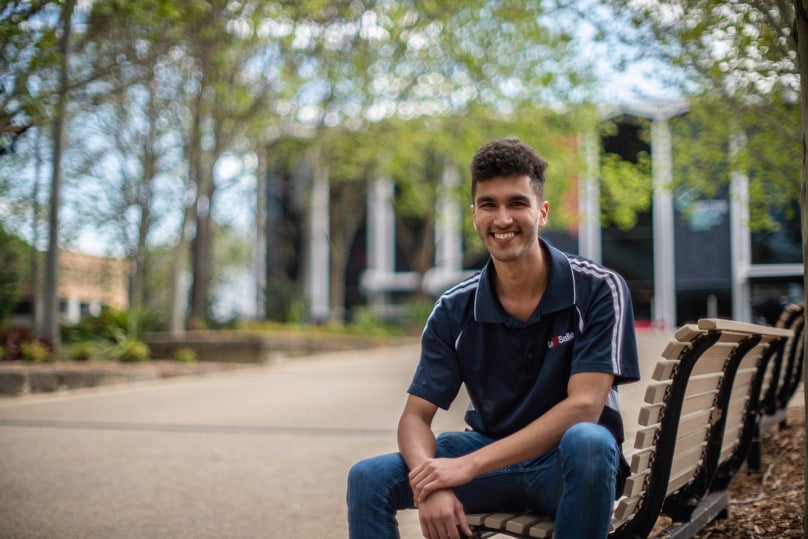 While he is at the Synod, Sebastian will give a four-minute “intervention” (presentation) on a topic of his choice.

“What I intend to speak about is giving young people a voice, an opportunity to speak. People deserve to be listened to because their opinions and suggestions are really, really valuable. Young people deserve to be listened to without judgement. The Church needs to be that safe space for them to come and to speak and to share, without fear of judgement.”

“Young people should also be leaders in the Church and be given those opportunities at the parish level.”

Following a week of interventions, participants will separate into small discussion groups according to language. The fruit of those discussions will help shape the Synod’s working document.

Sebastian said he hopes to gain greater knowledge and insight of the global Catholic Church in all its diversity and he is looking forward to connecting with young people from all around the world.

He is also looking forward to the best that Rome has to offer.

“I feel very excited. I love Italian food. I love coffee, I love gelato, and I love pizza and pasta.”

For more info on the Synod: www.synod2018.va

Sebastian hopes to post weekly video updates from Rome throughout the Synod which can be accessed on the ACBC Office for Youth Facebook page.

Some facts about the Synod on Youth:

What is a Synod? A synod is an ecclesiastical advisory council. The word ‘synod’ is derived from Greek and means “to walk together.” During the Second Vatican Council, Pope Paul VI established the Synod of Bishops to allow future popes to call meetings with Church leaders from around the world.

Why? Pope Francis called the Synod on Youth to help the Church better accompany young people to live a joyful life and to actively build up the Church and society.

Who will attend? In total there will be 339 participants in the Synod on Youth, including 34 young people aged 18 to 29 from every continent of the world. There will be 267 Synod Fathers—including cardinals, archbishops, bishops and auxiliary bishops—as well as 23 experts and 49 auditors.

What will happen? Some participants will give “interventions” (presentations) on their particular experiences or area of expertise. Discussions will then take place within 14 small working groups, formed according to spoken languages. Those discussions will help shape the working document of the Synod.