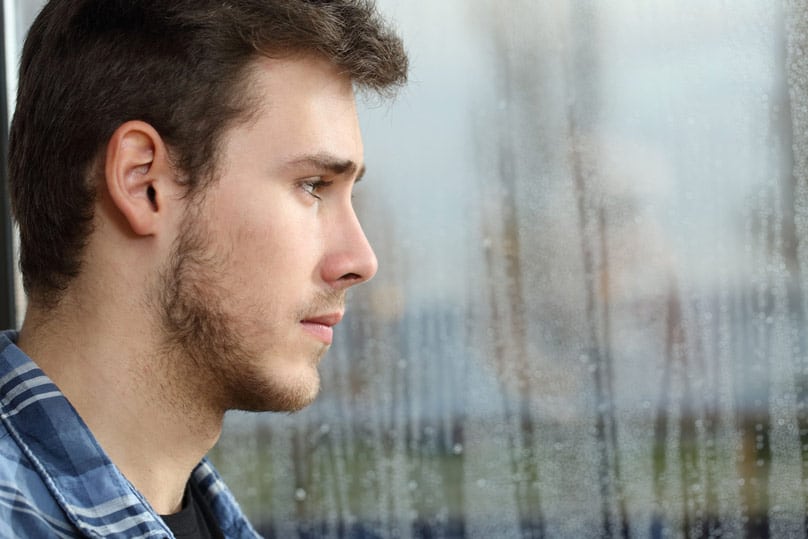 We live with regret all the time. It is an amoebic experience that reaches out to touch every corner of life. Many regrets – like that packet of snacks you buy on a whim, only to come home and find a dozen other packets of the same thing in your larder – concern the things banal and are easily forgotten. Others, however, can touch the core of who we are as persons – the job you left for another that very quickly did not work out, relocations that removed you from support networks and left you isolated and relationships that turn out to be highly unbalanced or codependent.

Consciously or otherwise, what often happens when we make these choices is that we build a world around the objects of these choices with our thoughts, our words and our actions – yes we even do that with our snacks. It is a possible world and life and a world not yet fully actualised or a life not fully lived out. The experience of regret, therefore, is the shattering of these possible worlds when these choices come to nothing. We may compulsively try to reenact these possible worlds so that we could somehow magically preempt and even avoid the breakdown of these worlds. However, what more probably happens is that we are left helplessly watching the pieces of that world rain down around us. The resultant regret can generate pain so great that we often wonder if we can ever leave these regrets behind. We also anxiously wonder how we can run the gauntlet of life living with such regrets and the remnants of that world in which we could have lived.

The problem of regret becomes compounded for the Christian, since this might not be just a piece of emotional baggage, but an occasion to question the workings of divine providence. How does this regret fit into the plan of the Divine Mind? Does God even have a plan that deserves the name “providential” if such an occasion of regret is allowed to occur and hang awkwardly on the edges of my story, especially given that the signs were that this possible world was supposed to be an unfolding of Divine Providence? Part of the frustration with these regrets is that they risk becoming meaningless appendages to our lives (whether by choice or by forced reminder), making a mockery of the idea that God is somehow ordering all things towards an end that is good.

In the face of the seeming futility of that possible world we could have lived with someone or something, the ancient and medieval idea of Christ as the Divine Word (Logos) can be a source of comfort for the Christian. The early and medieval Church Fathers took the notion of Christ as the Word incredibly seriously. For some, Like St Bonaventure, the Divine Word was a deposit of an endless multitude of ideas from an infinitely creative Father. Because the Father was infinitely good and infinitely creative, a similar infinity of ideas could be found within the Divine Word. What is important to note here is that this included not only every idea that is, but also every idea that could be. Everything that exists, and everything that could exist, find their home in the Divine Word. Moreover, the Scriptures remind us that the Divine Word does not sit idly, does not return empty, but accomplishes the will of God and prosper wherever it is sent. In other words, the Word goes out and returns to the Father only after having brought to fruition the ideas residing in His good and benevolent design (Is 55:11).

The Christian can find comfort in this idea of the Divine Word being the deposit of anything that could be, and the fact that one’s discipleship is fundamentally an abiding in the incarnate Body of the Divine Word, an abiding that begins with baptism and is renewed through the sacraments and prayer. In that infinite deposit of ideas and worlds in the Divine Word, the world in which the Christian has lived, and the worlds that could have been lived, are left in the custody of He that brings all things to their Divinely ordained end. In Christ, the possible world one could have lived, and the lack of fulfillment of which has become a source of regret, need not be rendered a futile and meaningless fantasy. Instead, that seemingly futile dream could be given meaning and efficacy, even salvific efficacy, for the good future of another member of Christ who is suffering.

Moreover, while the possible world in which we could have lived was a world that we know only in part, He who is and knows the whole, that is Christ (1 Cor 13:10) will perfect and redeem those things which for now only exist in part, including the sources of our regret and those broken, partial worlds that generated them.