Retired carpenter Norm Grundy has the patience of a saint. He has spent more than 1700 hours constructing a scale model of St Mary’s Cathedral completely out of matchsticks.

The mini-masterpiece took months to complete, with about 80,000 matchsticks delicately sanded and glued into place.

Today, the model is on display inside the real thing.

“I love making icons of Sydney, especially the ones with great character,” he said.

“Each one takes months of work, right down to tea-dying the match sticks which gives them that authentic timber look.”

Dean of St Mary’s Cathedral Fr Don Richardson said the model had proved a real hit with parishioners and visitors alike to the Sydney landmark.

“Everyone is just amazed by the detail and the accuracy Norm has managed to achieve in the model,” Fr Don said.

“It’s incredible how you can take matchsticks and turn it into a perfect reproduction of this magnificent cathedral.” 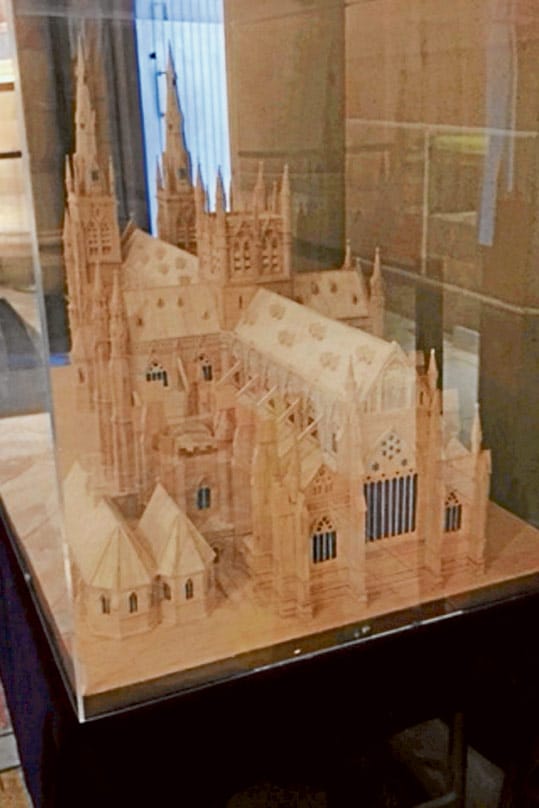 Mr Grundy, 83, has spent the past 30 years building his own matchstick version of Sydney.