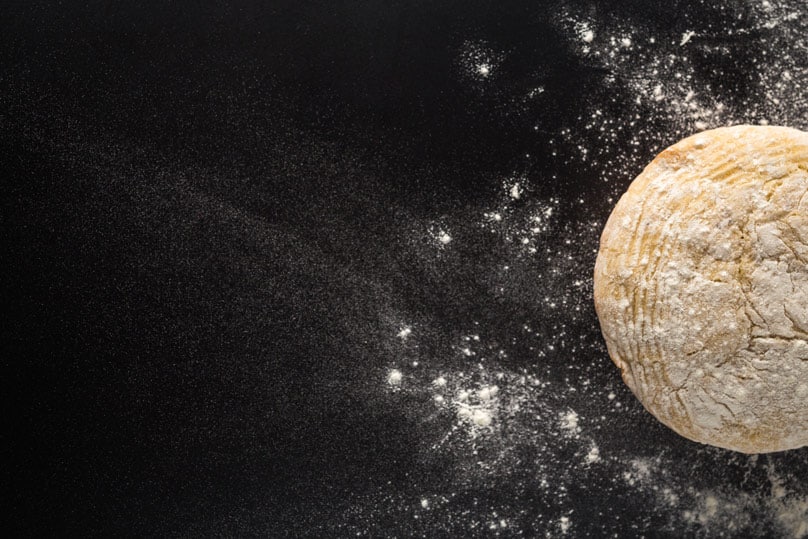 When I was a new convert, I was filled with a lot of weird anxieties about things.  Notions would take me and I could not shake them, often deeply fearful notions.

One time (and I feel silly talking about this, but I bet other people have had similar experiences) I was watching an episode of the Twilight Zone. You might remember it.  It was the story of man who is afraid to sleep because when he does, he dreams about dying and is afraid he will die in his sleep.

What struck me about the episode was the thought that it planted in my mind: “What if you are asleep right now?  Or what if nothing is real except you?”

A more emotionally mature person can probably look at that young man that I was and detect not-very-deeply buried wells of anxiety and insecurity behind such a fear, but none of that was visible to me at the time.  What was visible was simply the fact that I had no good answer to the question, “Are you really sure there is anything but you?”

The Twilight Zone posed such questions repeatedly.  In one episode, a guy wanders a town where there is just nobody else around.  The title of the episode, if memory serves, was “Where Is Everybody?” (It turns out he is hallucinating because he has been locked in an isolation chamber in preparation for a space mission.) My feeling of isolation was like that, but even more so because not only was the fear that there was nobody around, but that there was nothing around me: no other being in all of existence.  Just me, isolated inside my own consciousness, projecting out onto the void things that I only imagined were there. 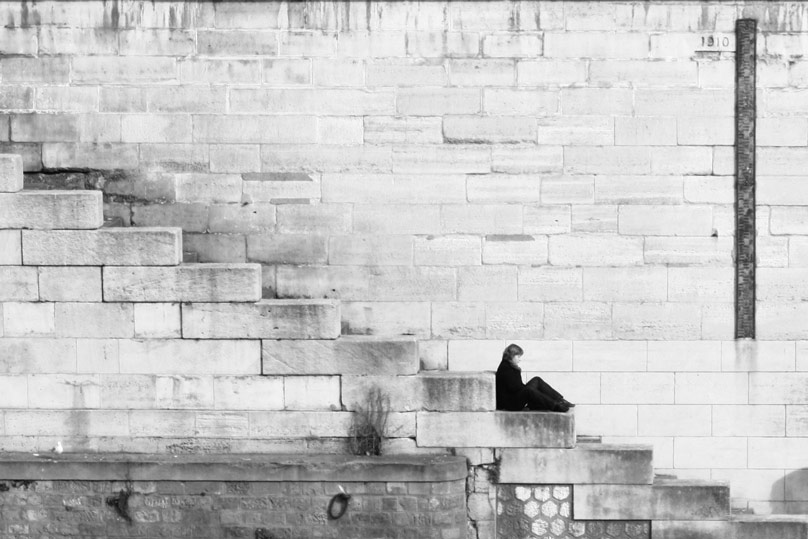 Crazy, I know.  But terrifying when you are in the grip of it – like a fever.  I feared I might be going mad.  And precisely because it was such a crazy thing to think, I got more isolated because I didn’t want to tell anybody I was thinking this crazy thing.  When I told myself it was a crazy thing, a little voice from hell whispered, “That doesn’t mean it’s not true!  How.  Do.  You.  Know?”

I struggled with this strange obsession for several days, with the weird all-consuming fear that it’s all a lie.  I was a relatively new Christian at the time and the fearful thought, “It’s all a lie” had harried me in the past.  It was a recurring struggle in my early years as a Christian.

That was partly what helped me out of this particular pit eventually.  I began to smell the stink of sulfur in that strange combination of gripping fear coupled with a terrifying “What if?” for which there was absolutely no connection with reality.

I thought of a story involving Samuel Johnson and his great biographer, James Boswell.  They went to hear a lecture by a philosopher who insisted on solipsism, the very idea I was struggling with–that nothing existed except yourself.  As they walked home from the lecture, Boswell, like me, was struggling with the question of how to disprove such a claim.

Johnson, full of common sense, strode to over to a nearby stone and kicked it as hard as he could, saying, “I refute it thus!”

I also thought of a passage from G.K. Chesterton’s wonderful biography Saint Thomas Aquinas: The Dumb Ox.  He remarks:

Most fundamental sceptics appear to survive, because they are not consistently sceptical and not at all fundamental. They will first deny everything and then admit something, if for the sake of argument or often rather of attack without argument. I saw an almost startling example of this essential frivolity in the professor of final scepticism, in a paper the other day. A man wrote to say that he accepted nothing but Solipsism, and added that he had often wondered it was not a more common philosophy. Now Solipsism simply means that a man believes in his own existence, but not in anybody or anything else. And it never struck this simple sophist, that if his philosophy was true, there obviously were no other philosophers to profess it. 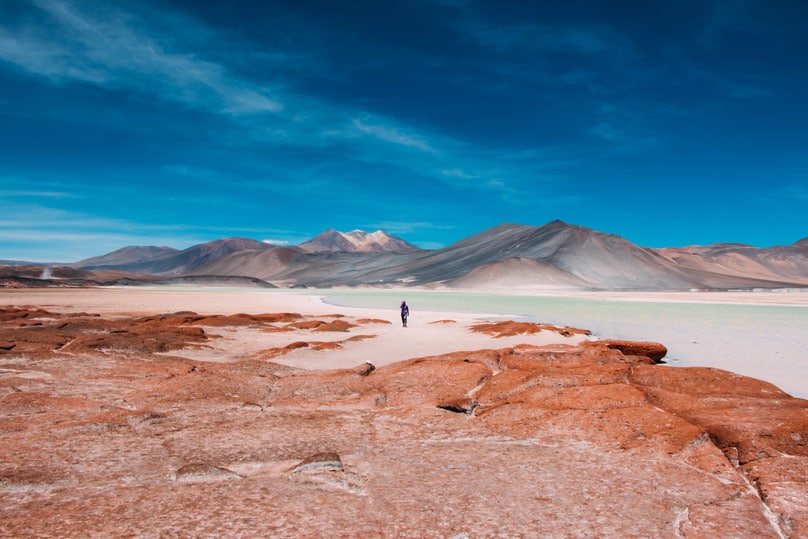 Of course, the obvious point I had never thought about was, “If you are the only thing there is, then where did the Twilight Zone episode that planted this in your mind come from?”  Suddenly, the whole thing just lost all its power, like a broken spell, and became funny.

I looked around me at this whole, crazy, stubbornly independent world—so wildly resistant to my will—and wondered how I could possibly have thought it was all in my head.  The whole thing is so gloriously, independently, beautifully oblivious to me.  It is itself in all its free, mule-headed, splendid, tang and zest.

I thought of that today as I walked out into the kitchen and found lying on the floor two English muffins.  They were there, all by themselves, and without any possibility of my having wished, imagined, or willed them to be there.  Quite plainly, what had happened was one of the boys, or perhaps my wife, had put the bag away sloppily and, thanks to a gravity field I did not create, do not understand, and cannot control, the muffins had fallen out.  This may sound odd, but I felt a strange delight in the sheer unexpectedness of it.  It reminded me that I live in a big, strange world that is radically external to me.  It is a world made by Somebody else, full of free creatures busy about their own business, and pursuing their own comings and goings as they please.

I found that strangely comforting.  My brush with solipsism in my youth was a little taste of hell.  For the essence of damnation is to be bricked round in that terrible furnace of yourself.  It is to be cut off from the society of God, his creatures, and all creation and to have nothing but the self.  Some foolish people say that Heaven is a quote state of mind”.  No, that is not so.  Hell is the state of mind. Heaven is fundamentally about relationship.  Heaven is much more like leaving a cramped sickroom to go for a walk on a clear, bright, sunny day with a crisp, spring wind in the air.  It is open, public, and above all, social.  Scripture likens Heaven, not to a brooding chamber of deep interior thought, but to a city. “And I saw the holy city, new Jerusalem, coming down out of heaven from God, prepared as a bride adorned for her husband” says one seer, while another inspired author tells us, “You have come to Mount Zion and to the city of the living God, the heavenly Jerusalem, and to innumerable angels in festal gathering, and to the assembly of the first-born who are enrolled in heaven.”

But ever else that is, it is not withdrawal into isolation.  Heaven teems.

Not that there is no place for withdrawal and solitude.  But the point of solitude in scripture is communion, not isolation.  Moses, the prophets, and even the Son of God himself go to lonely places to get away from the crowds.  But they do so in order to pray, to seek the living God, to speak with him, and hear from him.  And they do that do they can return to the people of God and share the riches God has given them.

That is what Lent is all about.  During it, we enter the desert to be alone with God, not suffocated in ourselves.  We go to meet a God who is radically independent of us, who made a world where English muffins we never thought of fall out of bags onto the floor just to remind us that we do not create or run this world according to our autonomous will, that we’re surrounded by people, very different from us, and yet made for us to love and cherish.  And these people are, thank God, glorious intrusions into our lives from outside, sacramental hands of the living God, reaching out to us to give us a love we never could have invented, imagined, or deserved.  And yet, here they are—and here He is. 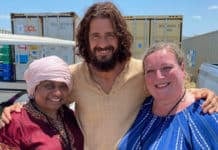