Part 2 of a series on the Four Senses of Scripture

Last time in this space, we looked at the first and most obvious sense of Scripture: the Literal Sense.  But what’s fascinating about this sense is how rarely the New Testament writers are interested in it when they read the Old Testament.

But when Jesus reads in Numbers 21 about the story of Moses making a Bronze Serpent to cure rebellious Israel of poisonous snakebite, he is not interested in teaching his hearers the Literal Sense of that story.  Why?  Because they already know it and have read it all their lives.  Instead, he is interested in the sign hidden in that story:

The New Testament writers…understand that just as human authors write with words, so God “writes” using history, human beings, physical objects, and all manner of his creation

“And as Moses lifted up the serpent in the wilderness, so must the Son of man be lifted up, that whoever believes in him may have eternal life.” (John 3:14)

Jesus teaches (and will teach his apostles to teach) that the Old Testament is crammed with signs and images that all point to him and his mission of death and resurrection.  He tells his disciples exactly this:

“Thus it is written, that the Christ should suffer and on the third day rise from the dead, and that repentance and forgiveness of sins should be preached in his name to all nations, beginning from Jerusalem.” (Luke 24:46-47) 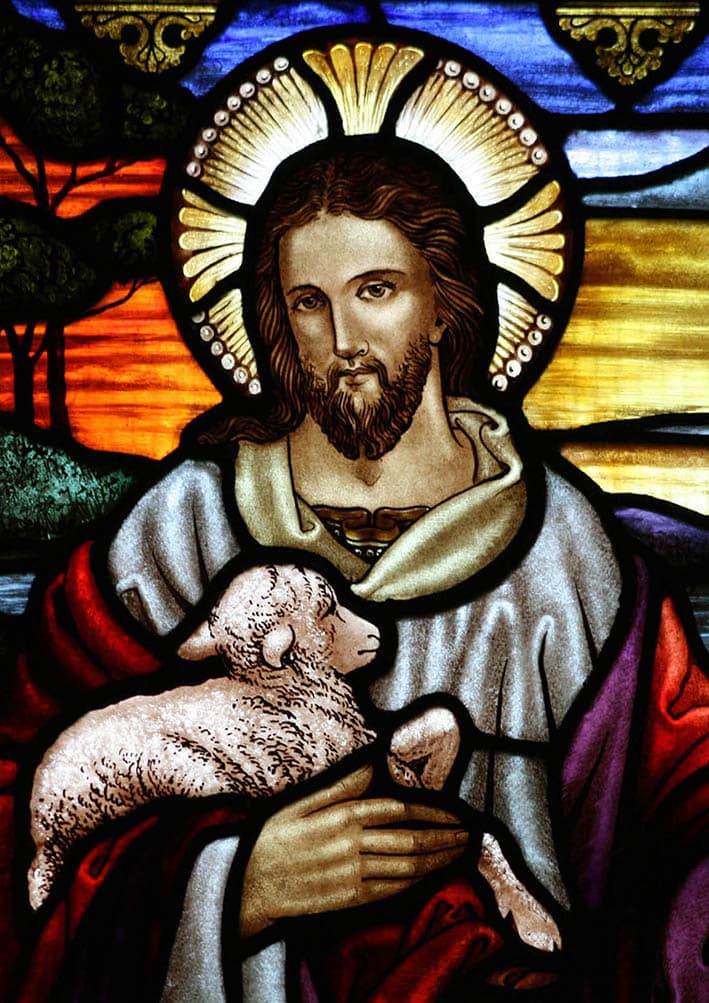 That is why John the Baptist calls Jesus the Lamb of God: because he recognises that the Passover Lamb of the Exodus is a prophetic foreshadow of the True Lamb of God whose blood really and truly takes away the sin of the world.

It is why Jesus, standing in the Temple courts, declares, “Destroy this temple, and in three days I will raise it up” (John 2:19): the Temple is a prophetic foreshadow of the True Temple, his own body.

It is why Paul will look at Israel’s passage through the Red Sea in the Exodus and remind his readers that these things “were written down for our instruction” (1 Corinthians 10:11) while likening that event to baptism by which we pass from death to life in Christ.

In all this, the New Testament writers are making use of what is known as the Allegorical Sense of Scripture. That is, they understand that just as human authors write with words, so God “writes” using history, human beings, physical objects, and all manner of his creation to convey meaning to us revelatory of Christ crucified and risen.  So they read the Old Testament as Jesus taught them to: seeking to find the ways in which the Holy Spirit images Christ and his salvific work there.

Examples of this abound.  The author of Hebrews, for instance, will look at both the Tabernacle and the Temple and see them as images of our heavenly dwelling place.  Like Mark, he will see the tearing of the Temple curtain separating the Holy of Holies from the Holy Place as the sign of the “tearing” of the Body of Christ on the Cross.  His death opens up the Holy of Holies to all the baptised and gives us free access to God the Father (Mark 15:37-38; Hebrews 10:20).

Speaking of the Holy of Holies, that is where the Ark of the Covenant was kept.  It was the holiest object in Old Testament Israel and when Luke tells the story of the Annunciation, he carefully records language meant to link Mary to it.  Gabriel tells her that the “the power of the Most High will overshadow you” (Luke 1:35).  The Greek word for “overshadow” is the same one used in the Septuagint translation of the Old Testament to describe the Shekinah Cloud of Glory that overshadowed the Ark of the Covenant.  Luke’s point is that Mary is the New Ark.  Just as the old ark held the tablets of the law and the jar of manna, so the New Ark carried the Word and the Bread of Life.

Next time, we look at the Moral Sense of Scripture.