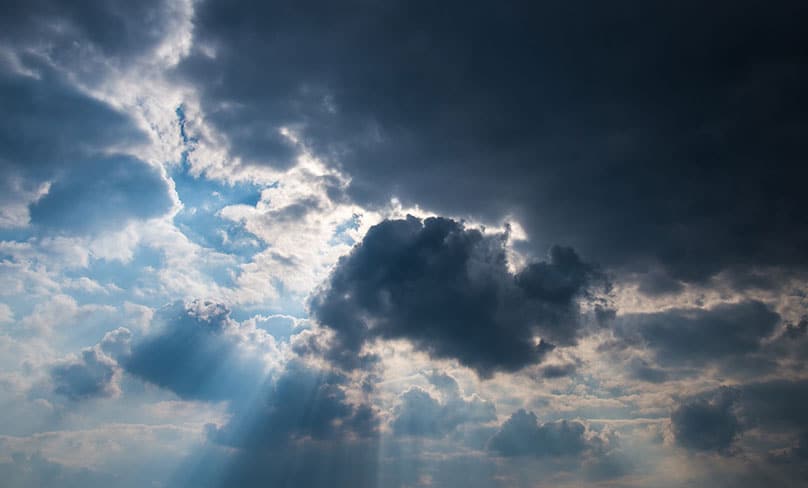 This is the conclusion of Mark Shea’s eight-part series on the first line of the Creed. Click here for Part One.

Last time, in this space, we spoke of God’s willingness to allow his creatures the freedom to do evil and the redemption he brings out of that.  Our own experience of suffering bears witness to the strangely satisfying truth of this.  We do not want a world without any suffering or challenge at all.  We grow by overcoming, not avoiding, the slings and arrows of this world.  And in our suffering, we find we need two things: companions who have shared our suffering and the vision of a place of peace and light that is above that pain and suffering.  The biblical pictures show us both of these qualities in God.

In Christ, God himself takes the lowest place along with every forgotten murder victim, every bullied kid, every weeping refugee–and even every raging persecutor like Saul of Tarsus.  The Almighty was never mightier than when he submitted to this kind of humiliation and death—and conquered it with love and mercy and not bitterness and vengefulness.

But the Tradition also assures us that God the Father is “impassible”.  That is, nothing can ever take from God his perfect happiness, love, and joy.  All the spite of men and devils will never wound God the Father.  To get the hang of why this is good news for us, struggling in this life, I point to the image of Samwise Gamgee, lying in a dark pit in Mordor and peering up at the night sky in The Lord of the Rings:

Far above the Ephel Duath in the West the night-sky was still dim and pale. There, peeping among the cloud-wrack above a dark tor high up in the mountains, Sam saw a white star twinkle for a while. The beauty of it smote his heart, as he looked up out of the forsaken land, and hope returned to him. For like a shaft, clear and cold, the thought pierced him that in the end the Shadow was only a small and passing thing: there was light and high beauty forever beyond its reach.

And so this pattern of divine humility–of omnipotence displayed through struggle and frustration and smallness and death, yet coupled with unbreakable and unconquerable Joy at the very heart of Reality–is seen throughout Scripture as God grapples with his creatures, shows all the frustration of an artist working with a recalcitrant clay or a director working with a rebellious cast and yet never does the obvious thing any almighty human would do by just destroying the whole thing in exasperation. Instead he turns even betrayal, humiliation, defeat, and death into the medium of a redemptive work that is greater than mere creation.  He is more radically in favor of the good, of joy, and of the love of his creatures than they are themselves.

So the great secret that St. Thomas understands and that we overlook is that if God wished to destroy the world, he would not have to do anything.  He would have to stop doing something:

This action [creation] of God must not be compared to the action of a craftsman building a house, for, when his action ceases, the house still remains; it should rather be compared to the sun’s lighting up the air. Consequently, when God no longer gives existence to a creature, whose very existence depends on His will, then this creature is reduced to nothingness.

Just as the house ceases coming into existence when the builder ceases to act, and just as the air ceases to be illuminated when the sun no longer shines; so, when the divine power is removed, the being, the coming-to-be and the substance of every creature is removed.

If God took his power away from us, all things would immediately cease to exist.

It must be admitted that things are preserved in existence by God, and that they would instantly be reduced to nothing were God to abandon them.

But from the fact that He does not restrain the wicked from the evil of sin, He is said to abandon them: not that He altogether withdraws His providence from them; otherwise they would return to nothing, if they were not preserved in existence by His providence.

This startling perception of a world in the constant, present, and watchful care of a Father who does not merely hold it in being, but who strives and anguishes and labours with that world even–and especially–when it spits in his face is what marks out both the Jewish and Christian understanding of God.  His Almighty power is the Almighty power of a Father, not a tyrant.  His power, so far from cancelling out the freedom of creatures, is its source.

So St Paul tells us that “where the Spirit of the Lord is, there is freedom” (2 Corinthians 3:17).  But, of course, the very essence of freedom is the paradoxical ability to misuse our freedom, assert our nothingness, and destroy ourselves, others, and freedom itself.  That is the essence of sin and the story of how God set about to destroy the sin he hates without destroying us whom he loves is what the Creed exists to sketch out for us.